Matthew Sowter set out to create a reminder of his competitive days with a bike designed for those that still like it fast, long after hanging up their racing kit.

Saffron at Bespoked. Photos: Rory Hitchens except where otherwise noted

Shortly after the first North American Handmade Bicycle Show in 2005, Matthew Sowter read an interview with Australia’s Italy-based frame builder Darren Crisp and was inspired to get into bicyle frame building. The full story is here.

Since then his brand Saffron Frameworks has become one of the most celebrated names at the Bespoked show, and at this year’s event, held May 3-5, his booth was once again a hive of activity.

The London-based builder began making frames professionally around 2010/11. This one he says is designed to bring back sensations of his racing days in the way it performs and handles. “It’s definitely a fast-paced bike, but for someone who wants to remember the thrill of the chase rather than maybe race again.”

Sowter points to the composition of tube elements as arguably the most distinguishing feature of the frame. “The mix of materials have been carefully selected to perform in each area of the frame. These are hidden technical gems because they are beneath the paint and not exposed on show. Combining these materials has been a technical challenge and the culmination of years of pushing the boundaries on other frame designs.” 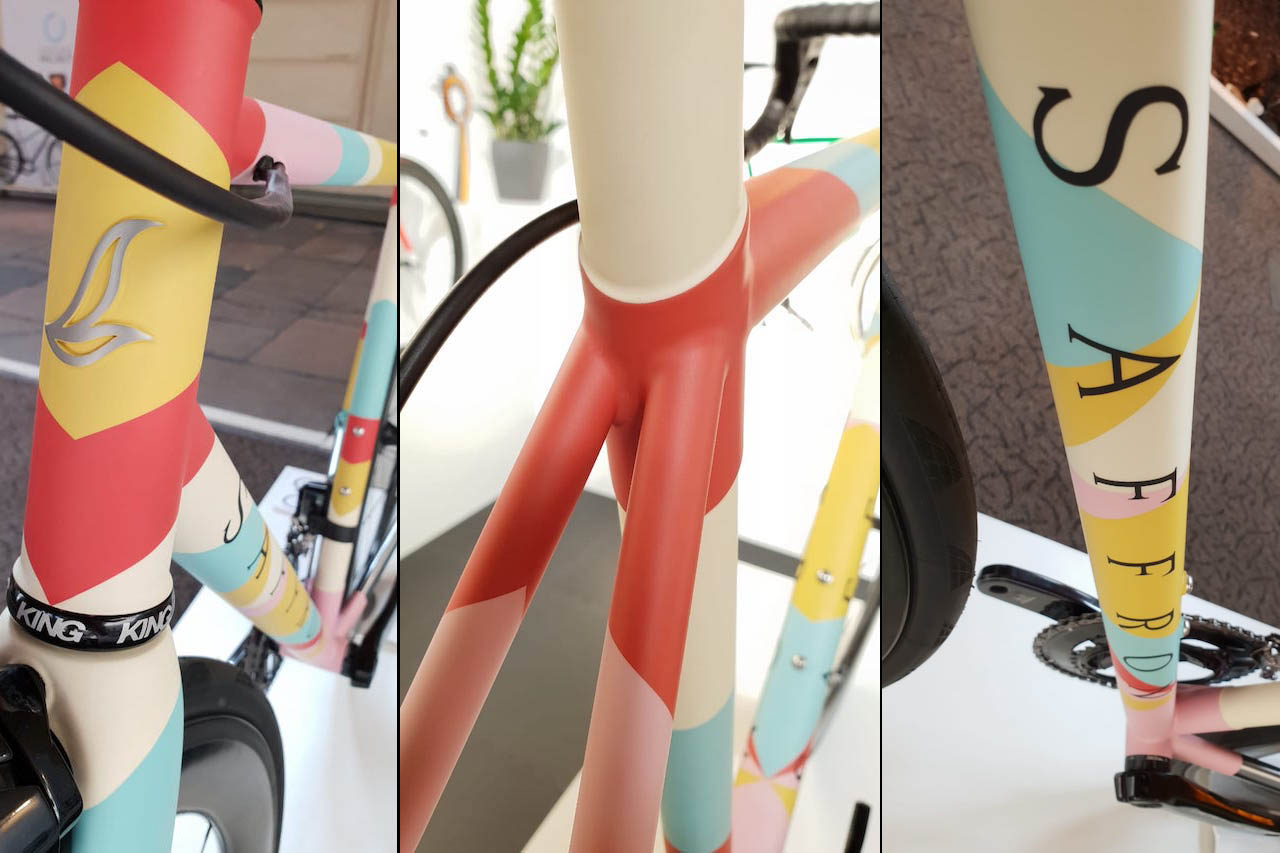 The Dura Ace Di2 groupset is chosen for its simplicity of operation so as not to distract from the ride, but at the same time keeping up with the quality and performance of the ride. 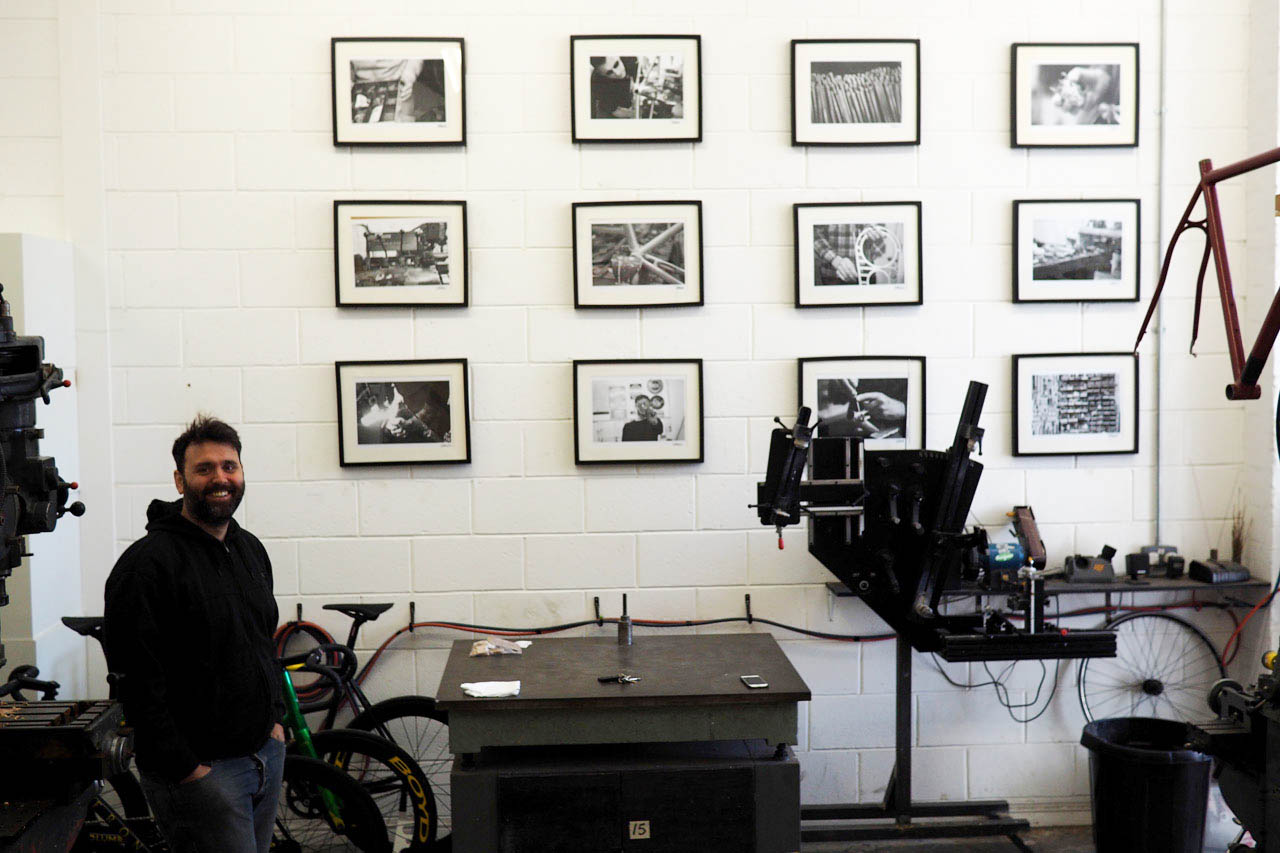 Sowter notes the main challenge during fabrication was partly bonding the carbon fiber to the steel tubing, and partly getting the tolerances correct in lining up the carbon seat tube through and into the steel parts. Also, he tells us, TIG welding stainless steel to carbon steel is not normal and certainly not easy.

The result of all his efforts, plus the painting, is satisfying to Sowter, and most likely it doesn’t hurt that the bike won an award at Bespoked. “We’ve achieved a simple-looking bike with hidden material secrets that comes alive in the ride,” he said.

Makes you want to throw a leg over and start pedaling, doesn’t it?