Year Two for the Handmade Bicycle Show Australia shows more than just healthy growth, it's already among the best bicycle shows in the world.

The second edition of the annual Handmade Bicycle Show Australia, April 26-28, returned to Melbourne’s old Meat Market, an elegant historic building that, like the Bespoked show’s Brunel railway shed in the United Kingdom, embodies some of the same values of style, artisanship and engineering that give the bikes on display a timeless appeal. 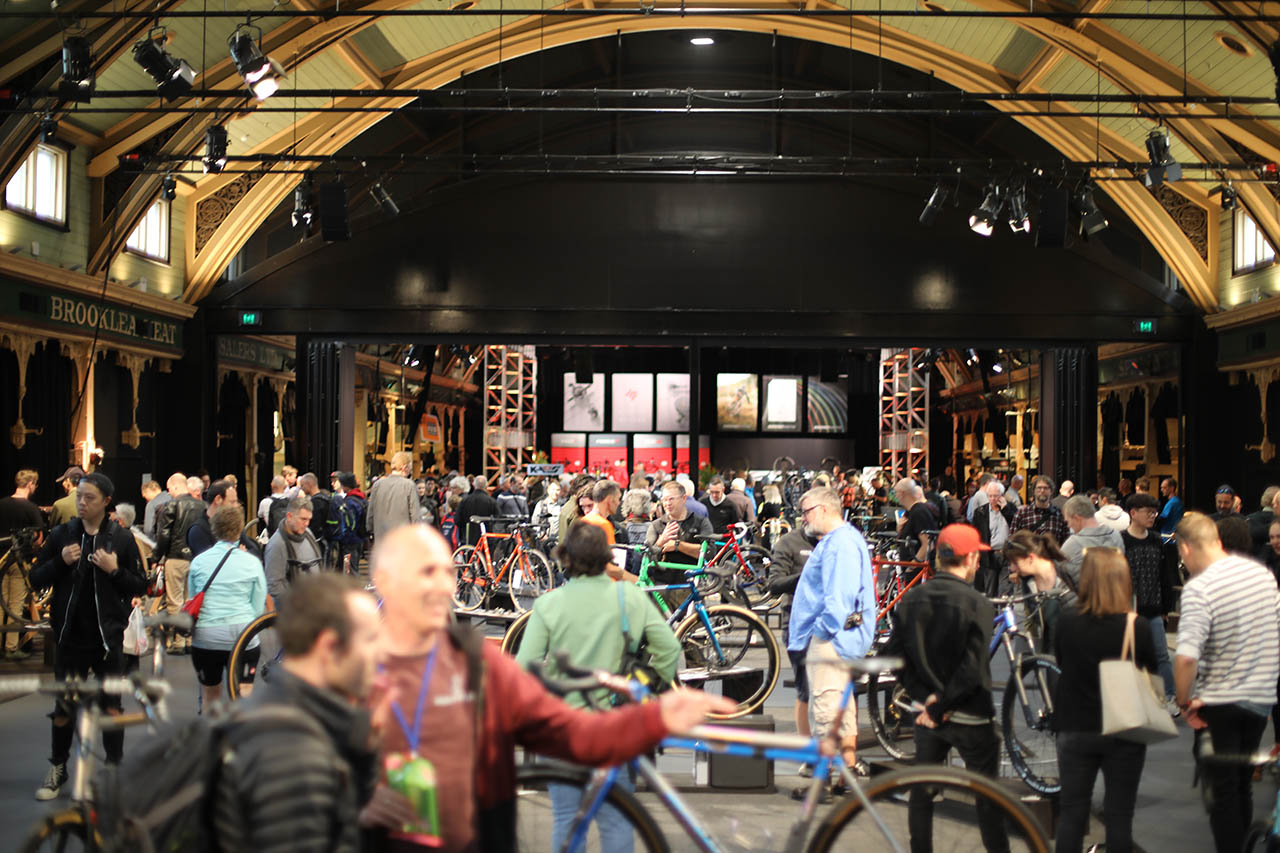 Yet the Australian show goes one step beyond. The organizers, a marketing-focused boutique cycling events company Corporate Cycling, might not have seemed the obvious choice for this notably individualistic branch of the industry, but now as the event develops it’s hard to imagine a better fit. In determining the basic show concept, Nathan Lorkin and Michael Hands of Corporate Cycling closely followed the guidance of senior Australian builders Ewen Gellie and Darrell McCulloch, and then added their own management flair to create an event that hits the sweet spot of handbuilt custom bike shows.

Along with America’s New England Builders’ Ball, which has a very similar format, this has become one of HBG's two most highly-regarded custom bicycle shows.

Sizewise, it’s a Goldilocks show: not too big, and not too small. The exhibitor count from 2018 rose from 21 total, to 41 frame builders this year, with an additional 14 components and accessories manufacturers. The show floor area was almost doubled, and our reporter, Mark Geary, reckoned attendee figures were up too this year (official attendance figures have not been made public last year or this). Small-scale bicycle manufacturers came from across Australia, the South Pacific, USA, and Europe. One builder, Masca, travelled from Reunion Island to exhibit a bike. 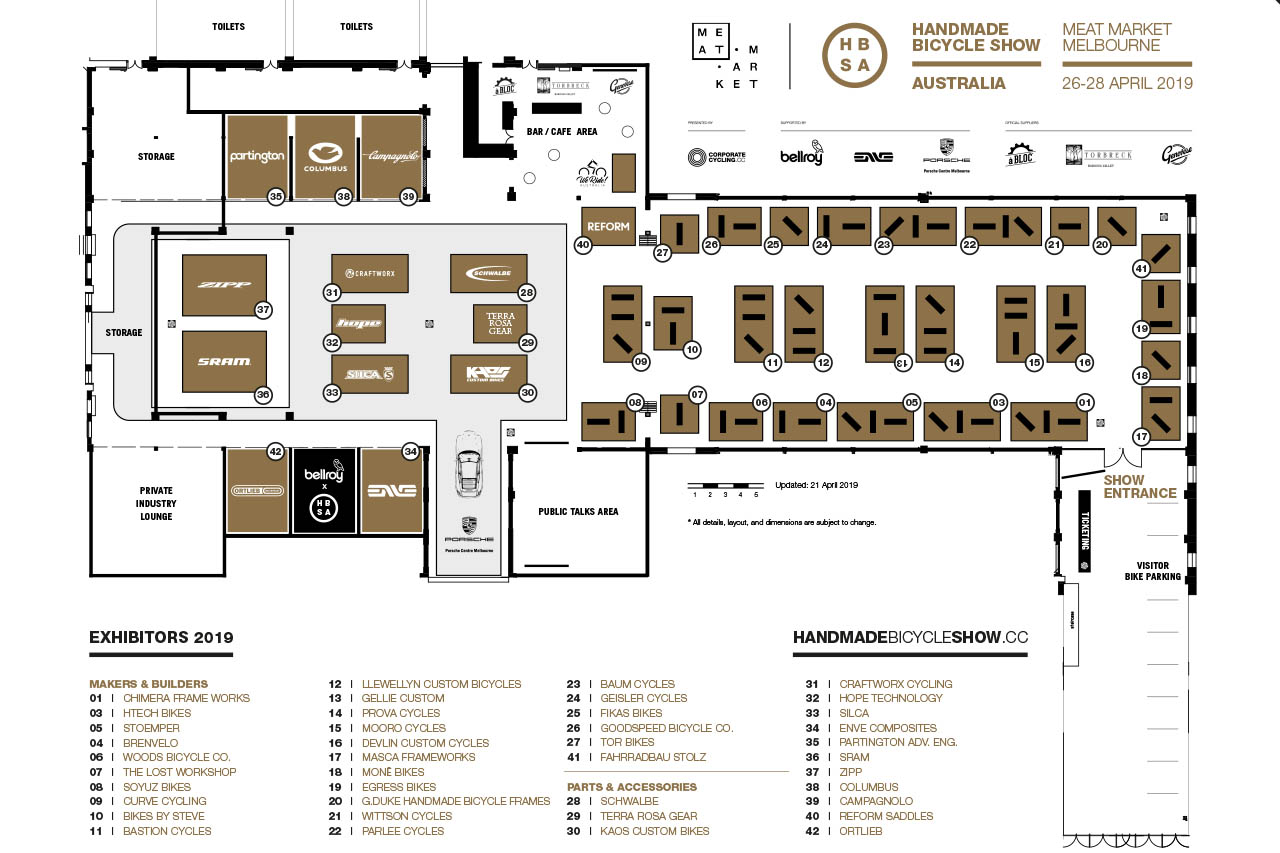 The only thing we don't love about this diagram is the car company. But the organizers have to make the show work financially so we're not making a fuss. Image: Corporate Cycling

Australia has a long history with bicycles. The bicycle manufacturing industry in Australia dates back to the end of the 19th century with Sydney-based Speedwell Bicycles and Melbourne’s Malvern Star. Track racing was held in many cities and country towns through the 20th century up to around the 1980s, which was not long before most of the old-school frame builders started to hang up their files and torches (not only in Australia).

After a break of about 20 years, it didn’t take much to reignite the Australian frame building industry, helped by a great depth of engineering knowledge and cycling culture. So while foreigners might be pleasantly surprised, Australians attending the show expect high standards and they are not disappointed. In addition to world-renowned frame builders such as Llewellyn, Baum, Bastion and Prova there are established builders with a strong domestic focus, like Gellie. As for the rest, it’s the same story we have seen at all the other custom bike shows: those not quite up to scratch yet are developing their styles and raising their games.

"The show inspires people to start or persist with the journey of making bikes here in Australia. It's early days here and I would like to think there will be six more seriously established makers in Oz in the next four or five years, and a dozen new ones getting going at this caper," said Darrell McCulloch. 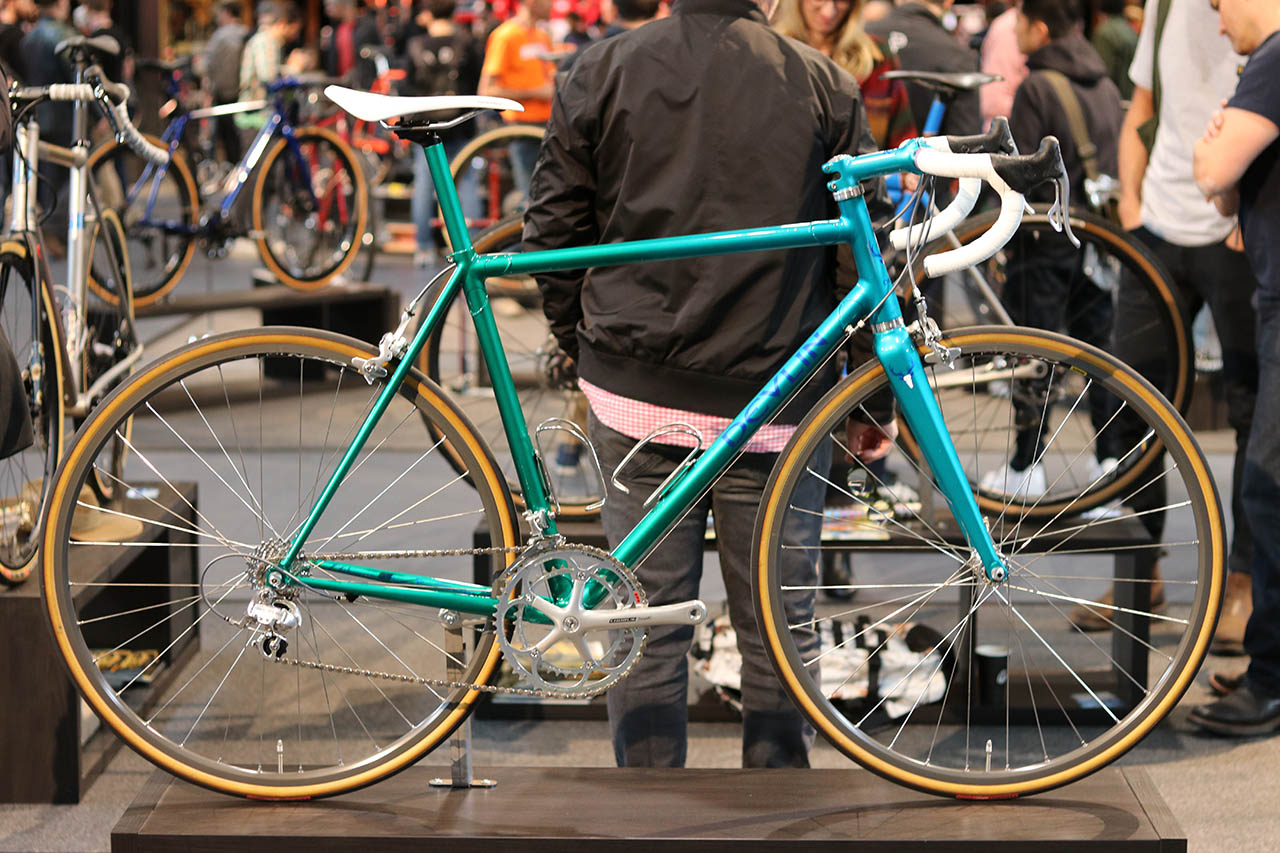 Devlin is one of several new frame builders emerging in Australia

Ewen Gellie wrote in an email to HBG: “The show arose from discussions Darrell and I had about the need for an event to showcase the work of the small, skilled and diverse Australian framebuilding scene. The saying, a rising tide lifts all boats is apt. We refined our ideas for an event with the feel of opening-night of a gallery exhibition: a level playing field with simple display stands, no (banner-style) signage, with each display standing only on its merits. Presenting the work this way educates the cycling community and gives our potential customers an opportunity like never before to refine their ideas of what their next bike might be. We were lucky enough to find Nathan and Michael and to their credit they have worked hard to remain true to our ideas while making it a success. 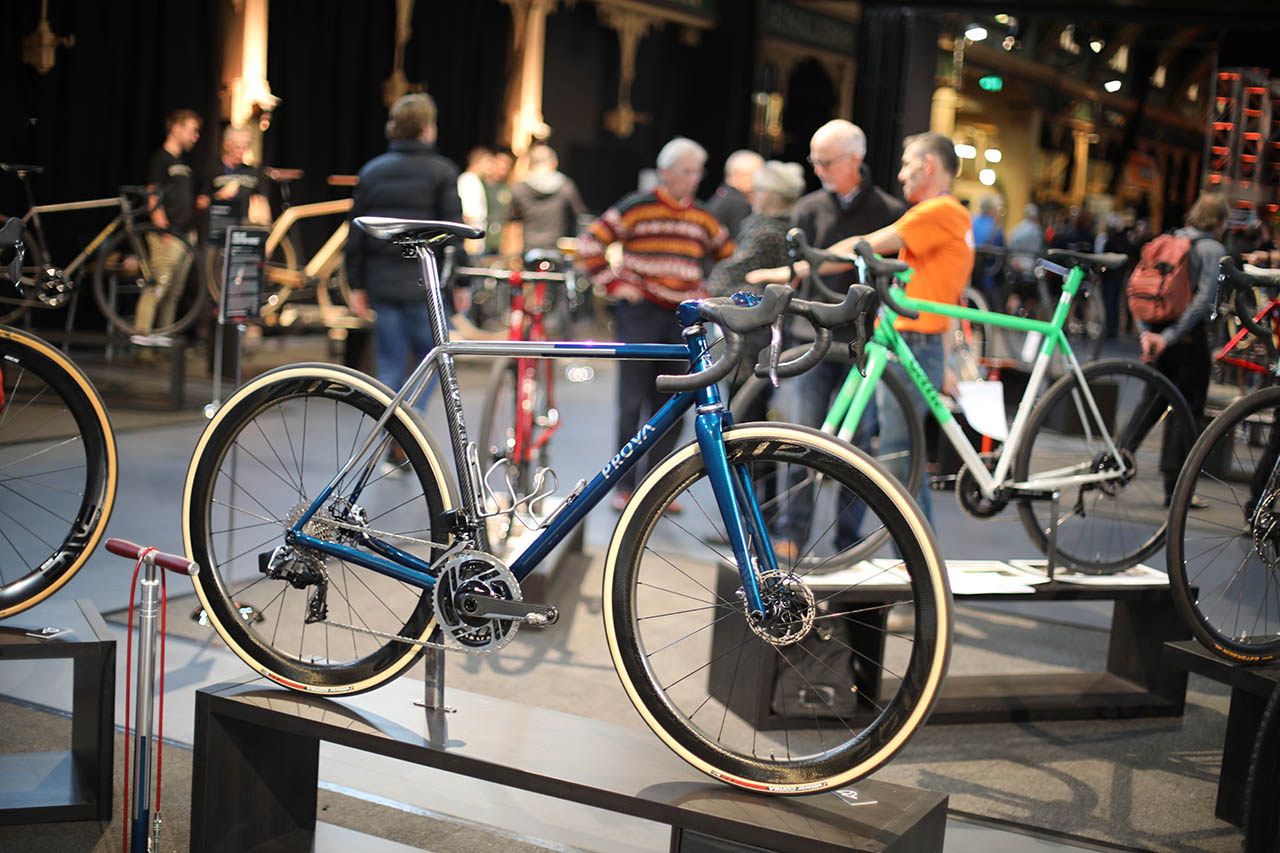 It's all about the bikes...

“Virtually all of Australia's serious full and part-time framebuilders were present, and all of those I spoke to had stories of massive efforts to complete their work and attend. As an exhibitor it is then rewarding to observe how so often a potential customer will get truly excited and inspired by a particular bike at the show, often not one of the mainstream bikes. That is what the show is about."

Gellie highlighted the absence of show awards at HBSA, saying "Darrell and I have discouraged the idea of awards since it is ultimately for the customer to decide which builder's work they like. (HBSA is) a customer-focused level playing field event which is what has made this show unique and special."

Darrell McCulloch, who discussed the show concept with HBG in 2017 before the inaugural event, expressed his delight with the way it is shaping up and despite being the recipient of the Technical Excellence award from the 2017 Bespoked, he still stands firmly with Gellie on keeping the show free of awards. "Our industry is best served by the absence of the mess and pain that awards create," he wrote in an email. 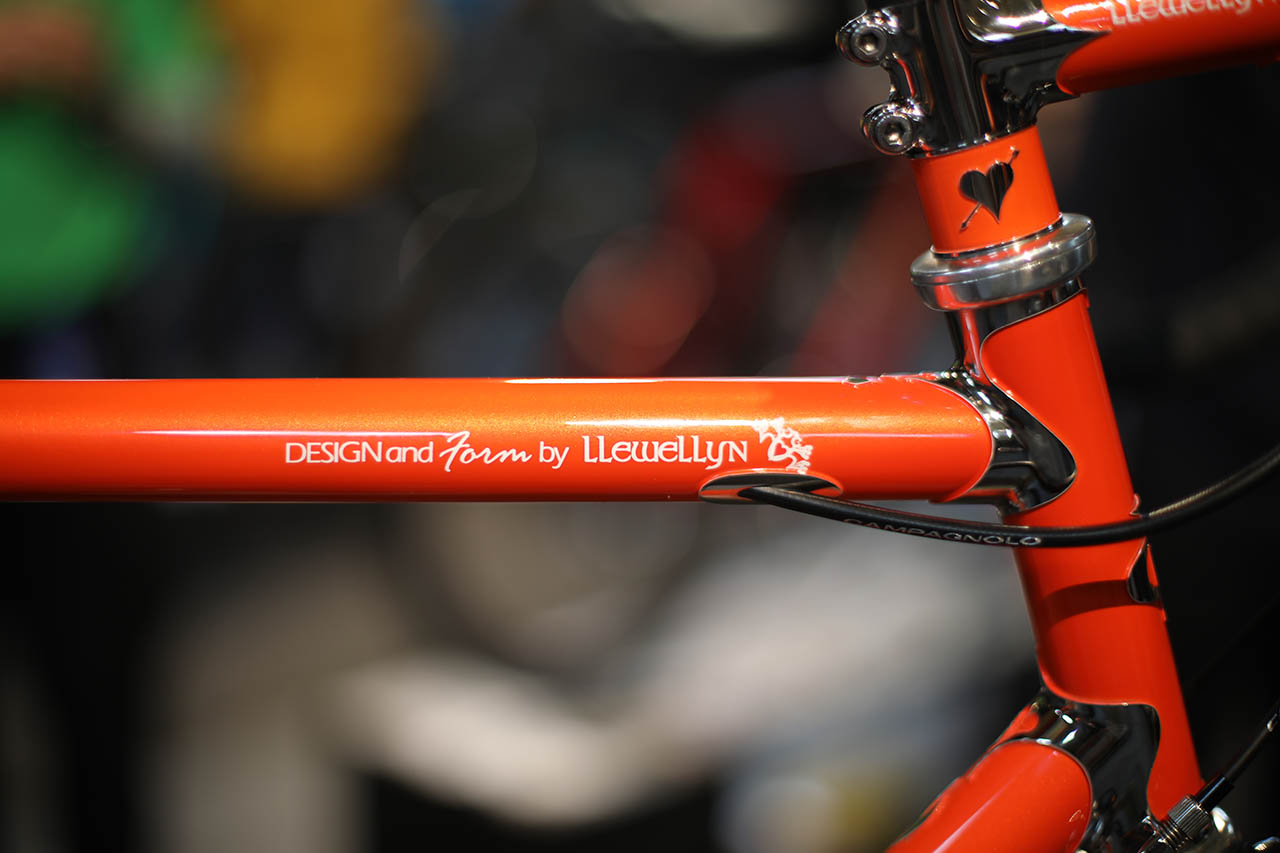 These bikes win awards at other shows

Handbuilt Bicycle Show Australia has arrived, and it’s done so very quickly. We hope it doesn’t increase much in size and that the organizers can make it work financially at this level. As it is, HBSA should be seen as a must-attend event, not because of a media flood, not because show floor sales are brisk, but because there’s arguably not a better bike show on the planet.