An instigator in the modern era of riding dirt trails on road bikes, Tom Ritchey recalls his early years as a cyclist with a bike built for the occasion. 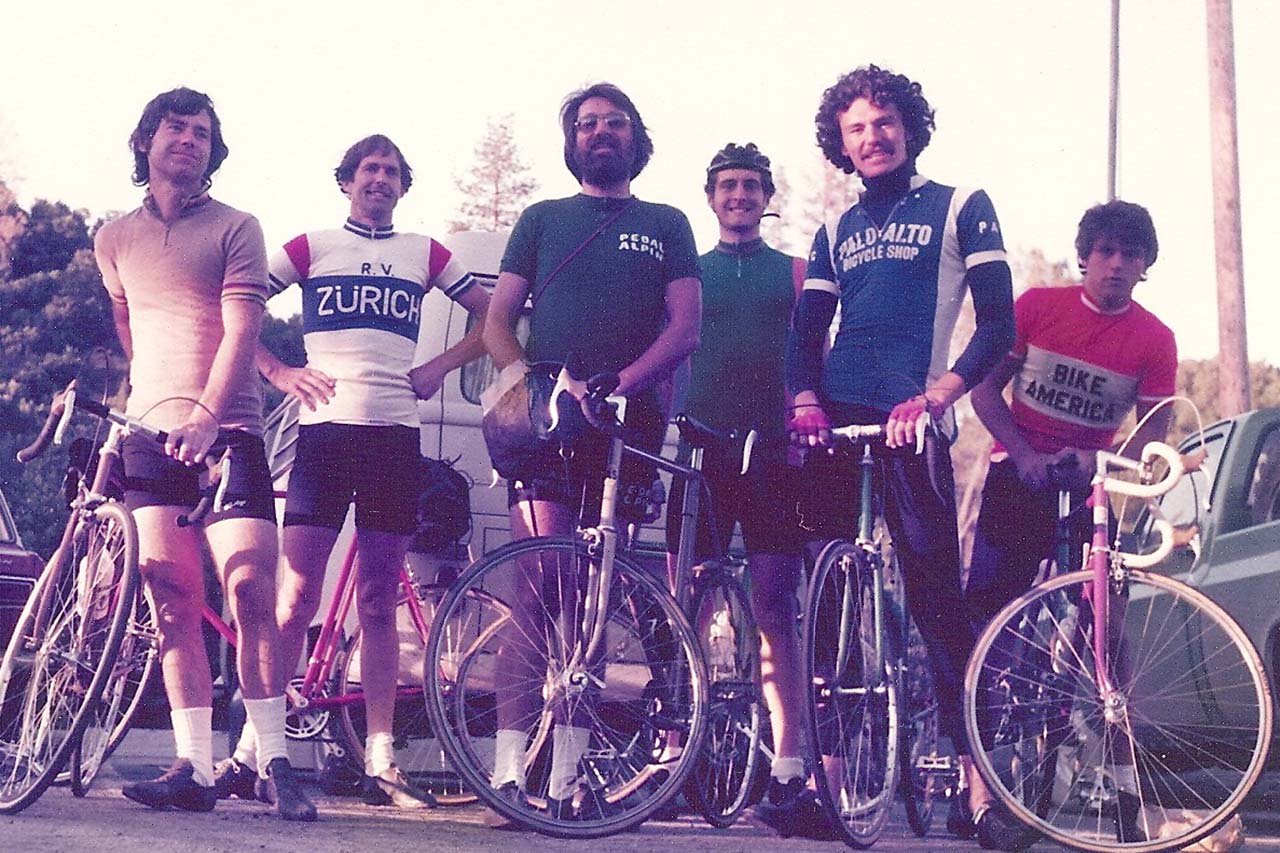 One rider who will feel close to home on Eroica’s dirt roads in the Santa Lucia mountains this weekend is legendary frame builder Tom Ritchey, who was introduced to roads less traveled in the Santa Cruz mountains by his friend and mentor, the late Jobst Brandt, back in the early 1970s. 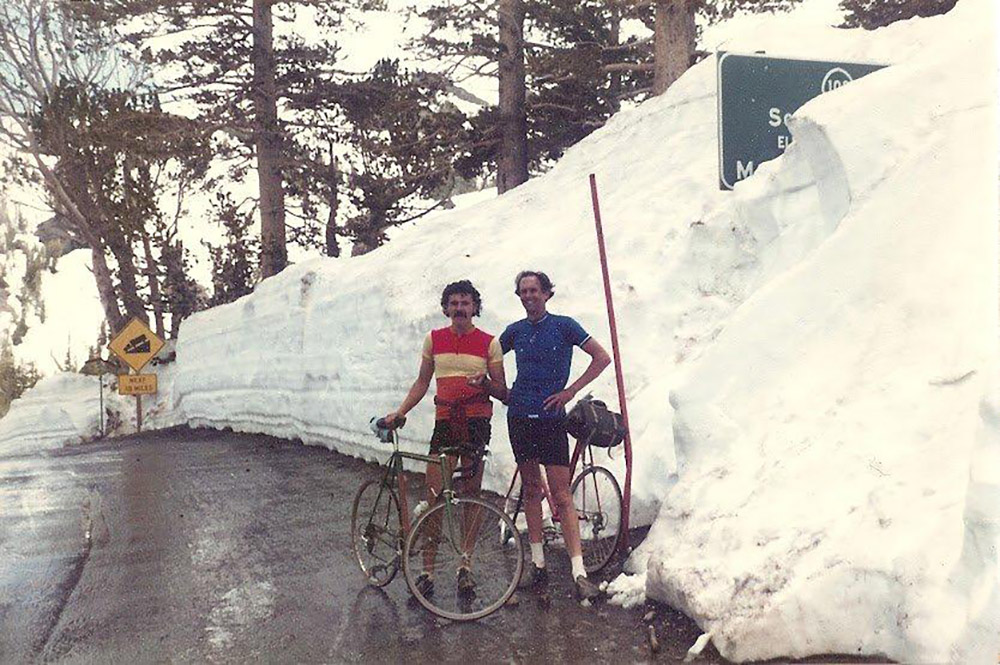 So motivated and inspired was Tom by these rides that in the ensuing years he introduced many of his friends and clients to the tiny forested trails that criss-crossed the mountains, all ridden on road bikes with drop bars. That’s just the way they did it, and as many can attest that setup worked surprisingly well. 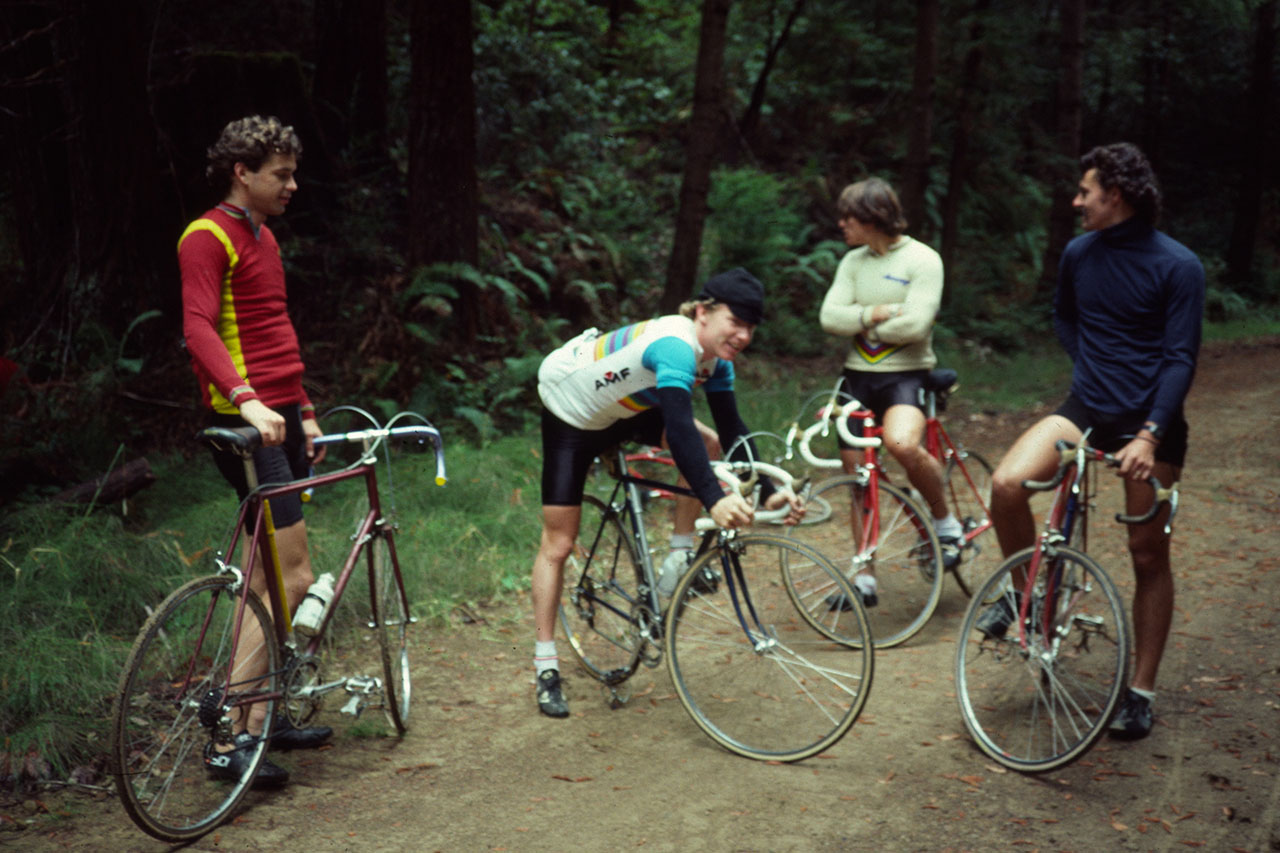 For Eroica this year, Tom is taking a trip down memory lane by building one of the Classic frames with which he made a name for himself during the 70s. “The frame is one hundred percent the way I built frames for myself during the Brandt years: historical tire clearances for plenty of off-road riding; non-index shifting (among other features). But not all are components of that era. I have 2 x 10 gearing and some other newer components that help me at my age,” said Tom. 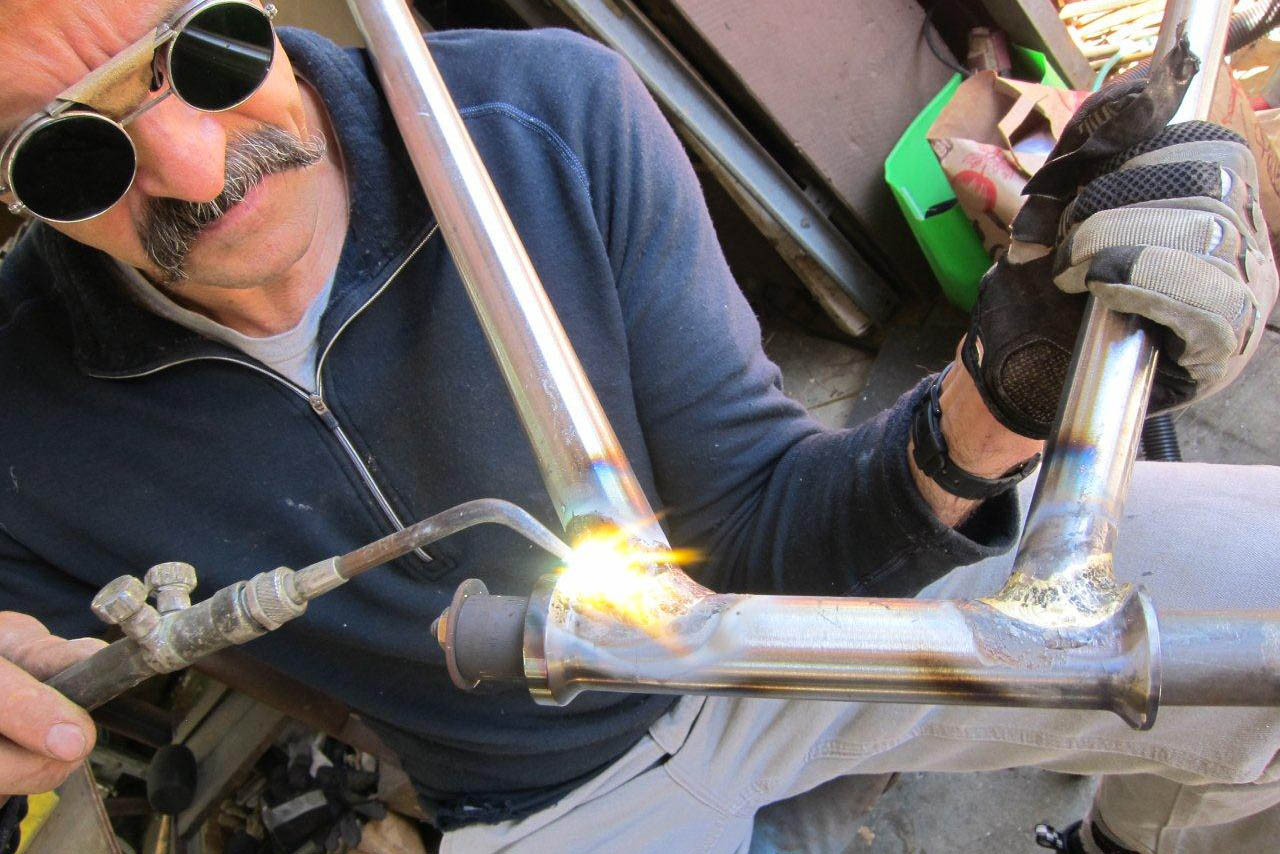 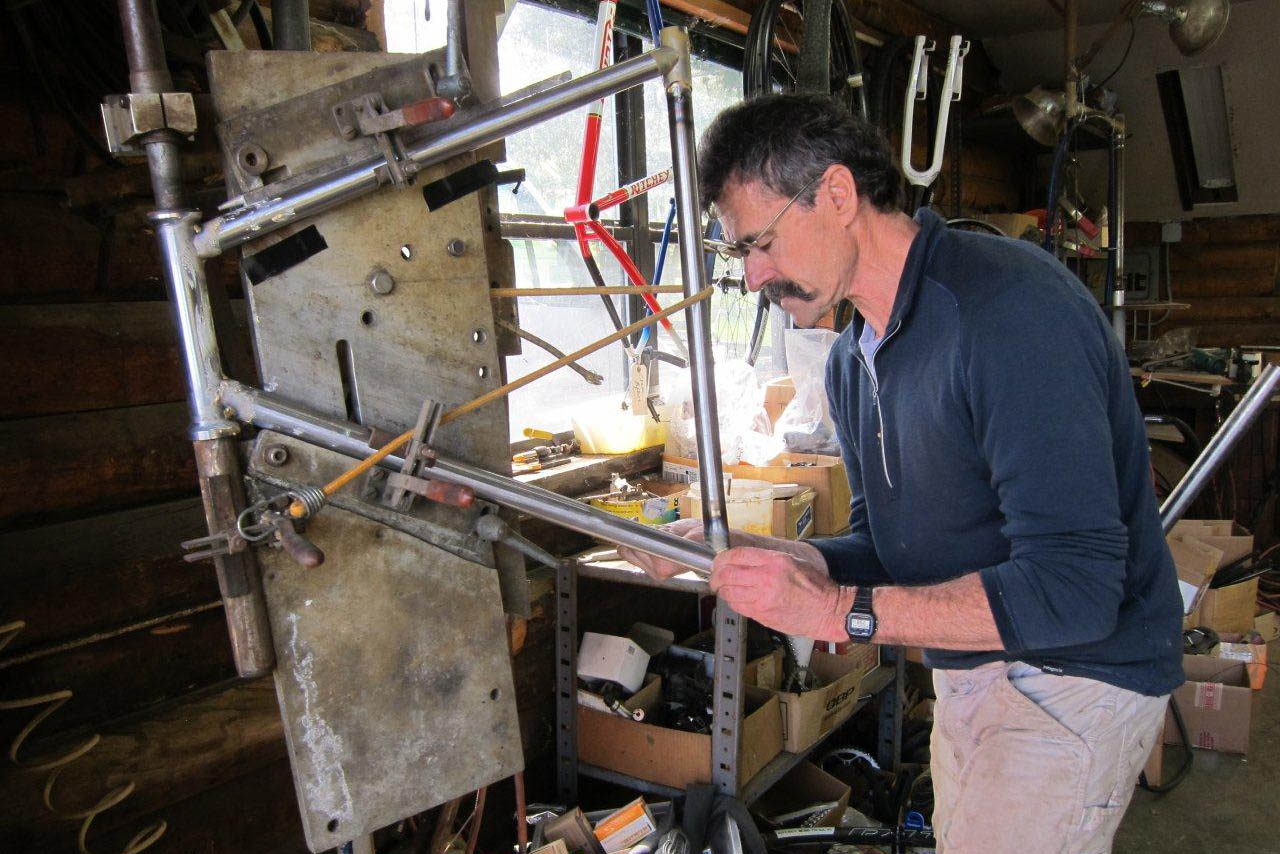 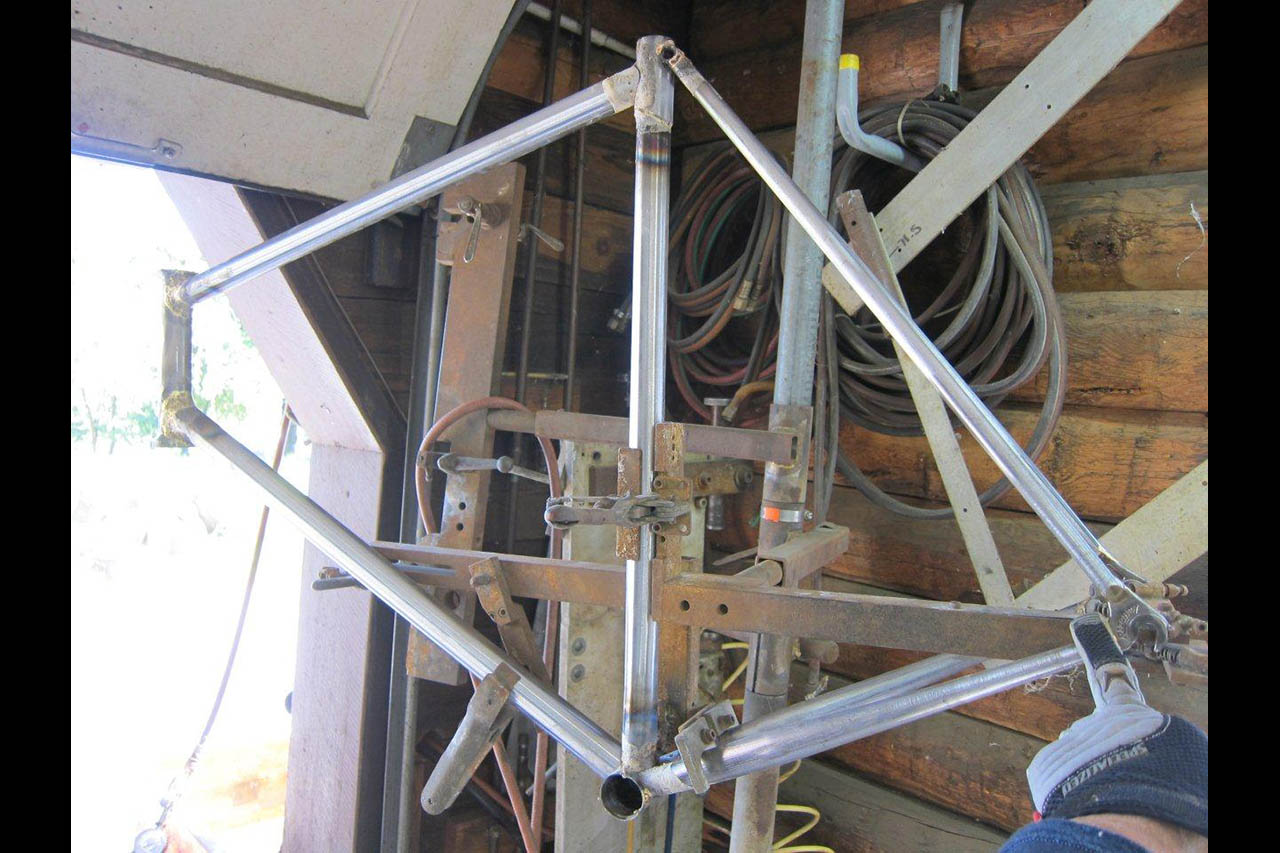 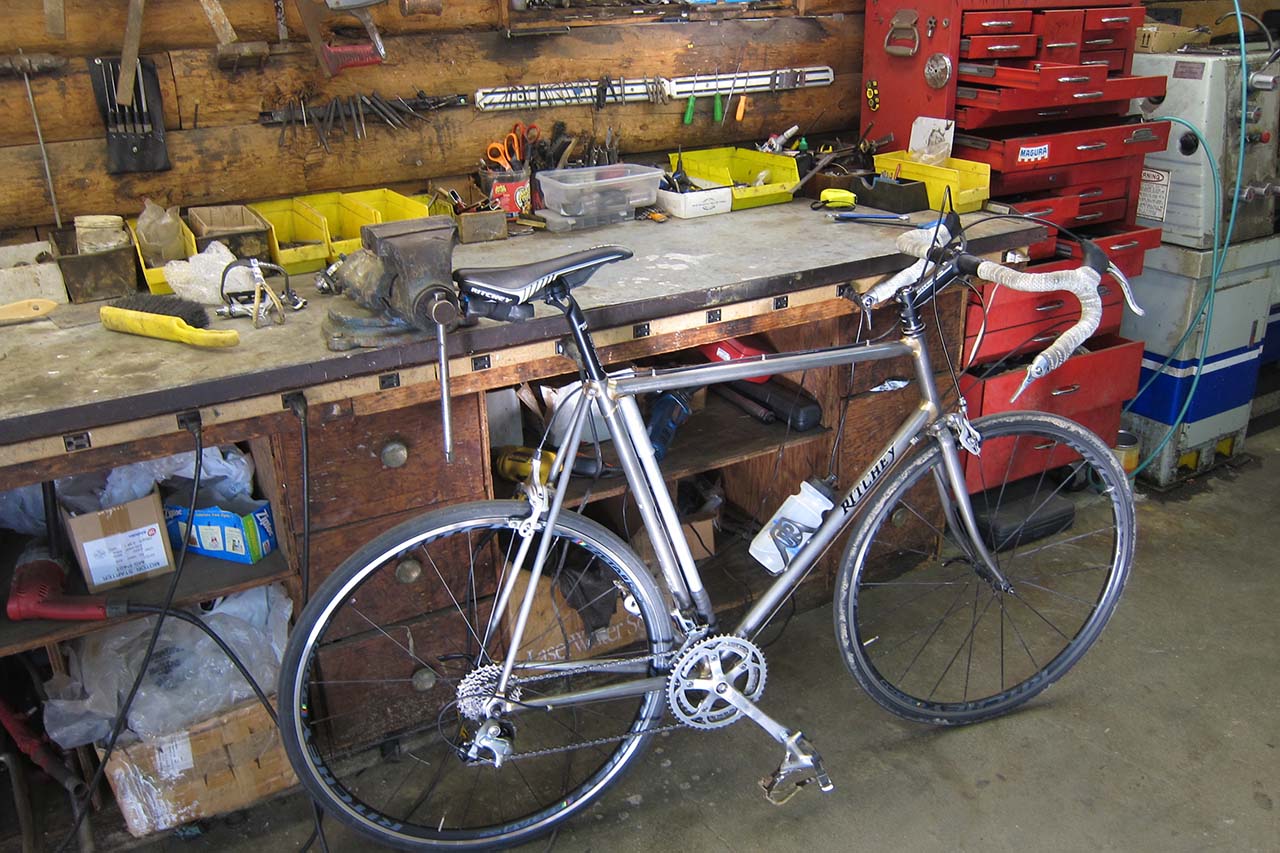 It is a long while since Tom Ritchey built these frames for commercial use. “The last Classics I built were for Eric Heiden when he was on the 7-Eleven team. That was somewhere around 1980. He’d transitioned into road racing and became my neighbor near Skyline (in San Mateo County, California). I was pretty much absorbed at that time by the mountain bike production demands and only made a few fillet brazed road bikes annually,” he recalls.

The initials NOS in cycling usually refer to New Old Stock. In this case the reference would be New Old School, and it's the work of a master.