Our Bikes of Eroica California series continues with a post about a 1980s Mercian bike with Suntour Cyclone components. 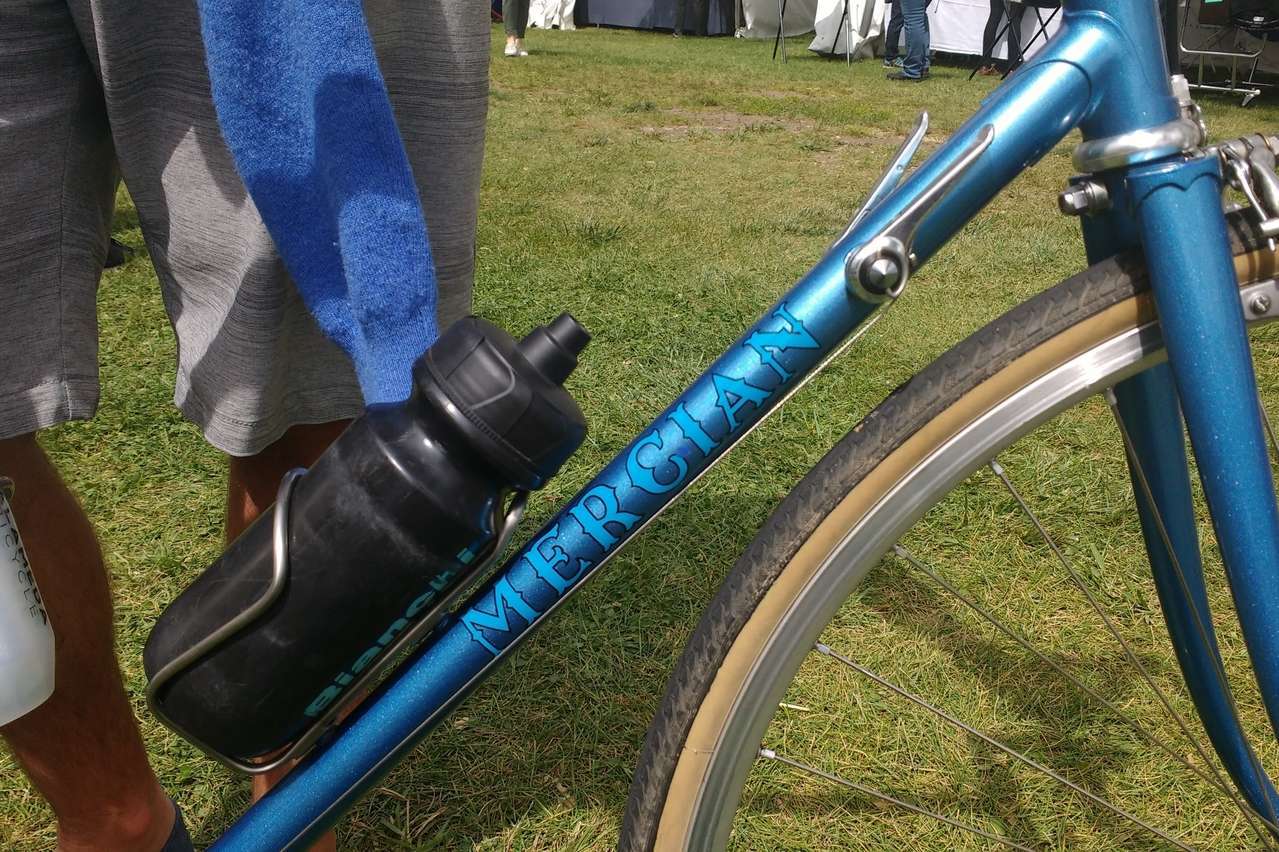 Some bikes just stand out in a crowd, and the sky blue decals against the metallic flake blue paint on this 1980s Mercian caught our eye. We couldn’t believe it had its original finish. Other than a few nail polish touch-ups, the paint is flawless. 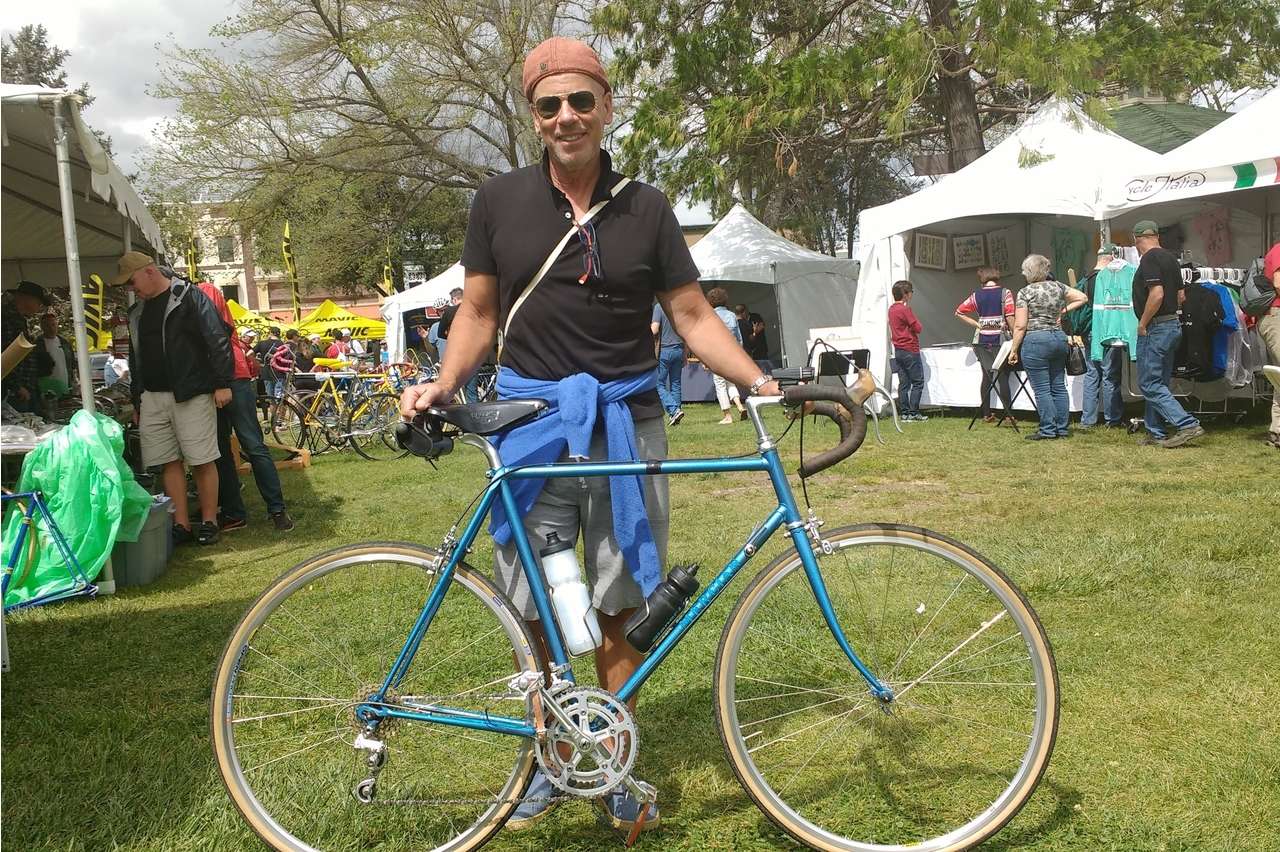 Bill Coogan and his 1982 Mercian.  All photos: Brian Ignatin

Mercian began building bicycles in 1946 in Derby, England. Unlike many other famous British marques, Mercian is still in business, and they produce handmade steel frames in-house, each made by an individual craftsman, start to finish. 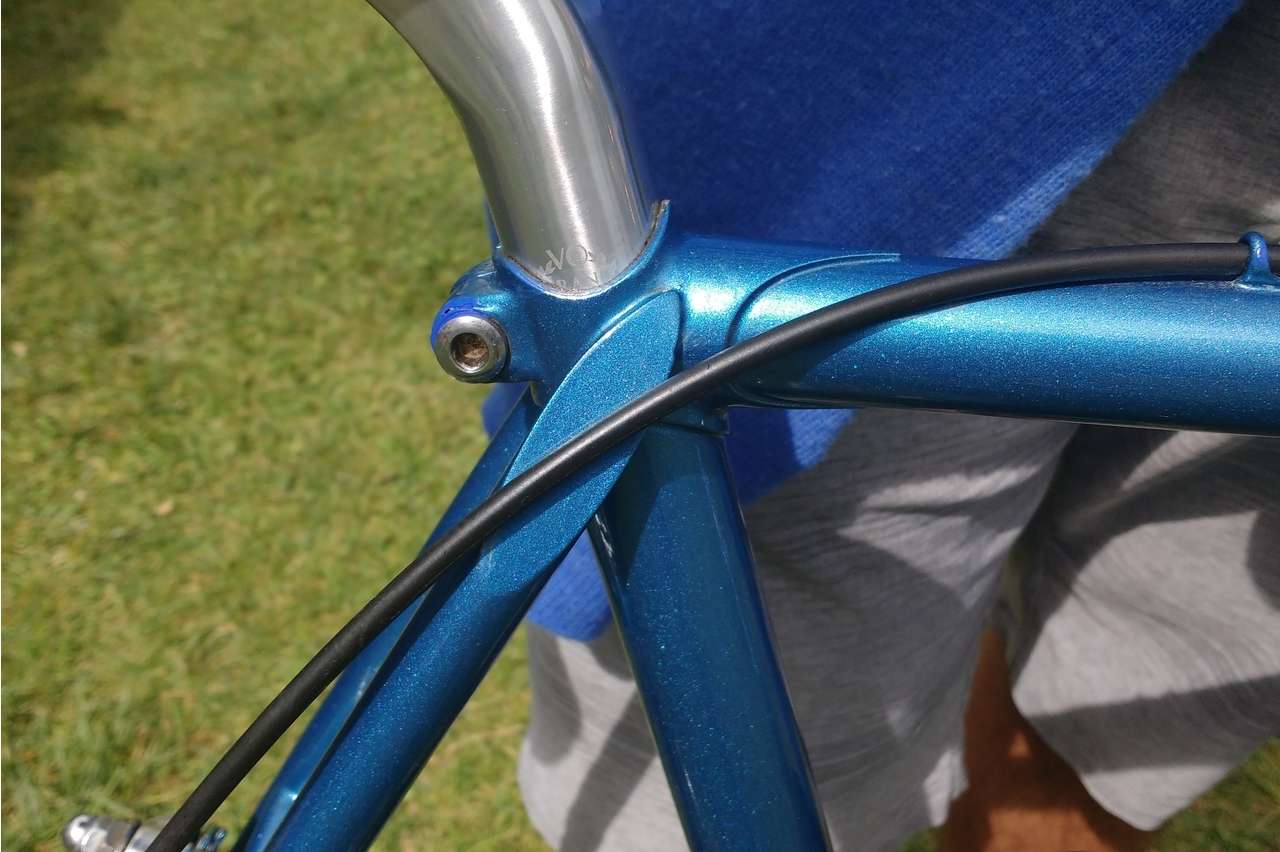 Bill Coogan purchased this 1982 Mercian as a used bicycle from Stone’s Cyclery in Alameda, California, who specialize in selling handbuilt bicycles. When Coogan purchased it, it was equipped mostly with Shimano 105 parts, but he replaced them with an Eroica- compliant mix of components, including a Suntour Cyclone rear derailleur. Coogan rode the bike on Sunday's ride. 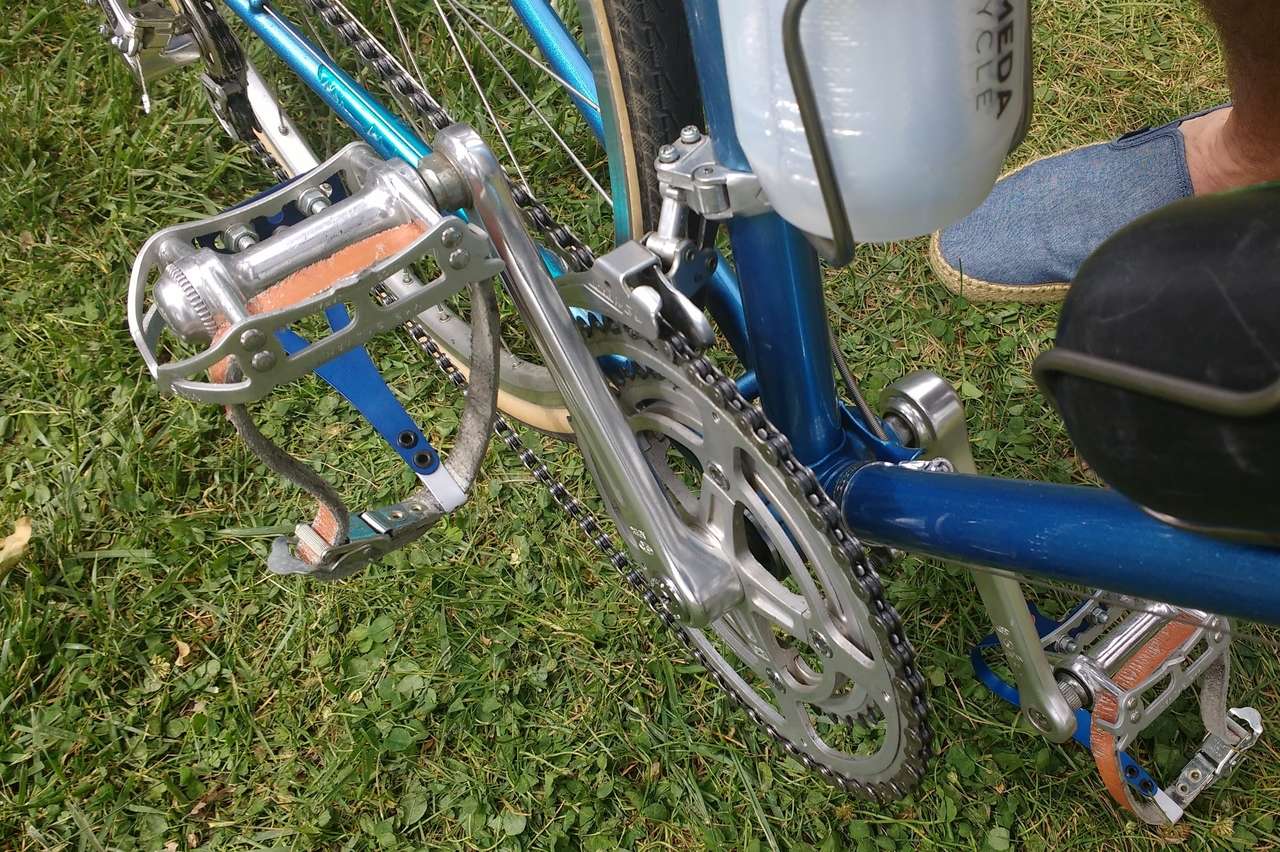