Monstercross: What it really is & where it really came from

The term Monster Cross can be used lightly, but not too lightly, says Jon Severson, who was there or thereabouts when it was coined. 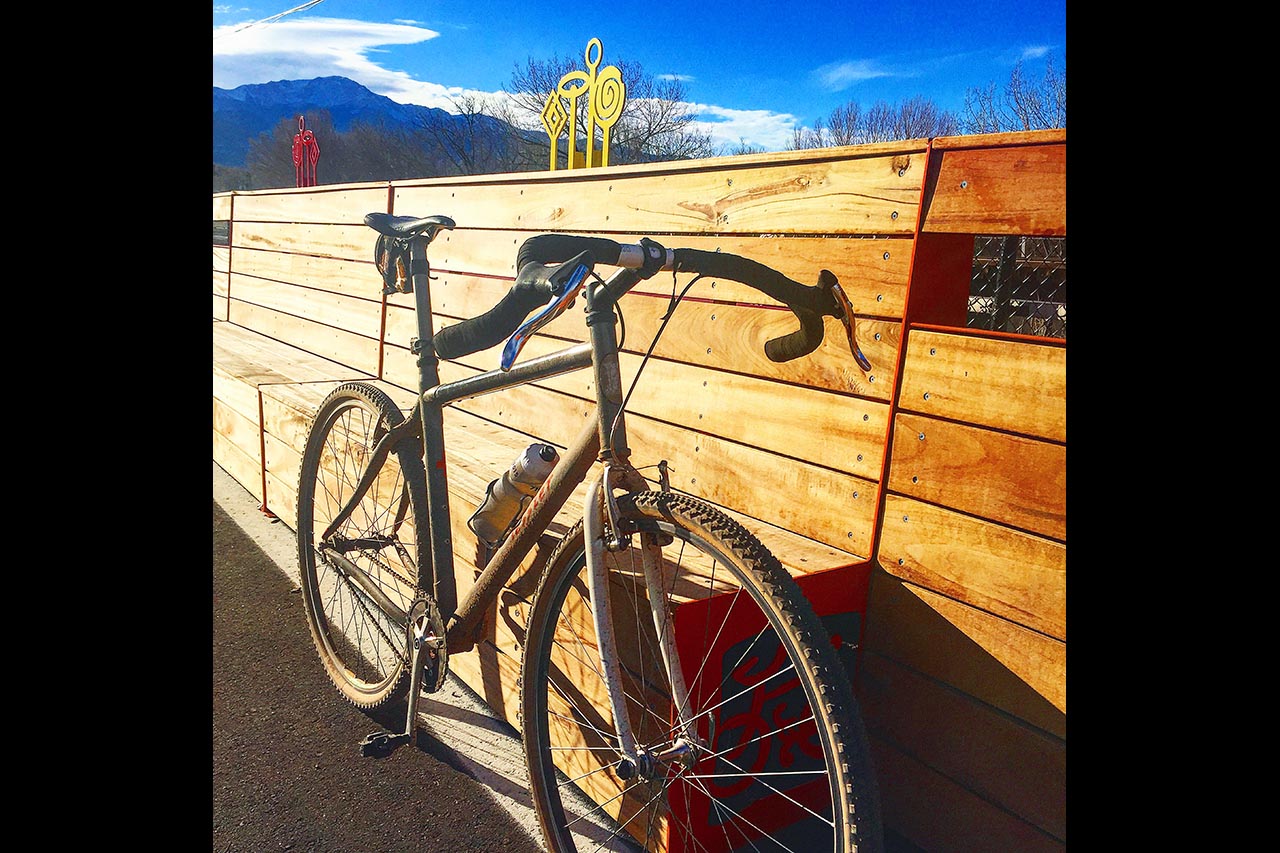 It never fails. Usually every six months to a year some guy (never a woman, mind you, or even a teenage boy) tries to pick a fight saying that to define monster cross as being a bike that fits 38c-45c tires & has dirt drops is an attempt to shove a marketing campaign down their throat. They’ll go on to say that this term/genre was somehow conceived to sell thousands of bikes and create another category for big brands to sell to bike collecting masses.

Honestly, it’s quite the opposite.

First off, Monster Cross was a term one guy applied to his  buddy’s creation. This bike had unique, specific attributes, namely: Dirt drops & 44c tires which made it look like a Monster Cross Bike. Simple as that. Said creator of said bike did use the term to describe this unique bike on his website as one of his offerings, in a deliberate effort to set it apart from from his 29er & 26” offerings. He also slept in his workshop on a mattress on the floor, bathed in a hand sink in the same room, reportedly didn’t own a car, and his own personal bike was a monster cross bike set up with a fixed gear & power grips so he could use the same shoes that he wore each day. He was not one for possessions, and his blog was famously about everything but bikes themselves, aside from maybe how to wrap dirt drops properly or set up powergrips. Matt Chester was his name, and you’d know that name had a head injury as a result of a crash that ended his racing career sadly. Google 5 Meters of Development: his blog is still up, well some of it.

It’s this humble beginning and the do-it-all approach a monstercross bike offers is why I’ve devoted a chunk of time over the last 12 years to studying it, riding them, and keeping people informed. The appeal to monster cross is that you can’t really do anything more....or less....with it.  It’s really just a bike that fits up to 45c tires & has dirt drops. I can’t define it beyond that, there is no ‘marketing’ to be done. As someone who’s had a self-designed custom frame that’s worked just fine for 5 years so far, and likely will go at least 20 more, my only meaningful tweaks have been subtle ones: Trying various handlebars, experimenting with rim widths, experimenting with tires/tire combos front & rear, trying different stem angles (25 degrees btw seems to be a sweet spot for me), changing out bar tape, and playing with gear ratios as a singlespeed setup. But otherwise, that’s it. In those same five years I’ve owned 4-5 fat bikes and easily 5-6 mountain bikes.

In an industry that constantly comes up with ways to sell you another bike for your quiver, monster cross is a threat in a way. I’ve found it to be the bike I ride the most: day to day, week to week, year after year.. If I had to have just one bike, it’d be my monster cross and I can be perfectly happy with just that. For the last 5 years, it really has been my primary ride . I use it to put on mindless miles, ride local single track, spin downtown for breakfast, roll over to the bar for some whiskey, rip local gravel, and even raced a cross race with it once. I have a version 2.0 monster cross bike in the pipeline, and next summer, this will be what I travel with & what I plan on riding in  the Steamboat Ramble (aka the Steamboat Ralleye): a 200 mile tour between Fort Collins & Steamboat Springs. I may even do some endurance mtb races & the local gravel grinders on just because.

That’s the beauty of it to me. It is a bike that does do it all. It’s fun off road. It’s fun on. It’s a blast on short rides, yet comfortable on long all day rides. Go any bigger or smaller with the tires you lose that. Switch to normal drops, alt bars, or flat bars and you lose that. Any limitations off road are room to improve your skills, there is nothing you can buy to make that bike better. If it feels a touch slow on road you need to ride more, eat better, and hone your fitness. Again, nothing I can buy will make me faster when I stick to the constraints of what a monster cross truly is.

I have ideas for handlebars & tires, but when/if I have them made I am not expecting they will make me rich (most likely the opposite), but they will enrich the experience for those that like what I did and use the product. However by no means will I ship containers of these items all over the globe from Taiwan. That’s truly every marketing director’s worst nightmare. And I love it.

In the end, I feel monstercross has helped me become a more focused rider and made me really enjoy the unique experience such a bike offers. It’s why I have maintained my modest hobby page on the topic for almost 9 years and enjoy helping others learn how to create their own through a frame builder or repurposing old frames that happen to fit the tires. Just good old fashion getting people out riding more, and in forums less.