There are times when the only workable solution is a handbuilt custom frame, as national champion and UCI world cup race winner Jay LaPointe will readily attest. 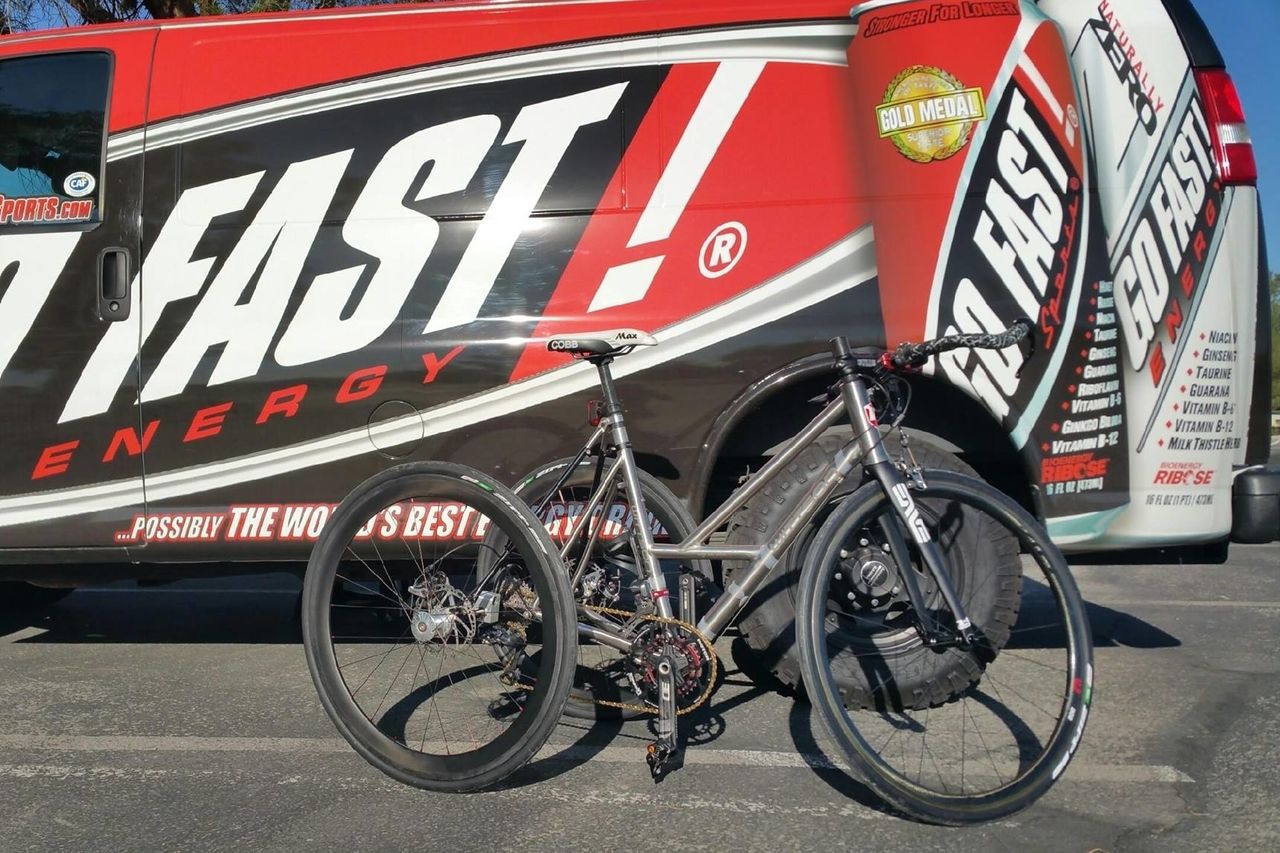 All photos courtesy of Jay Lapointe

Lithuania-based Wittson Ti Cycles has produced a special titanium tricycle frame for American Paralympic cycling team candidate Jay LaPointe. While the tri-racer has increased LaPoint’s performance potential, as a new venture for Wittson it threw up a few design and fabrication challenges.

A disabled athlete’s needs can require creative solutions, especially if that athlete is a high-level competitor like Jay LaPointe with specific requirements.

LaPointe was a motocross racer before a bad crash ended that pursuit, and almost his life. The resulting spinal cord injury was predicted to leave LaPointe unable to move or walk again. Seven years of hard work later, LaPointe is not only walking, but he’s taken to pavement on a tri-racer, and has competed internationally. He’s hoping to make the U.S. National Team for the Paralympics in Rio later this year. 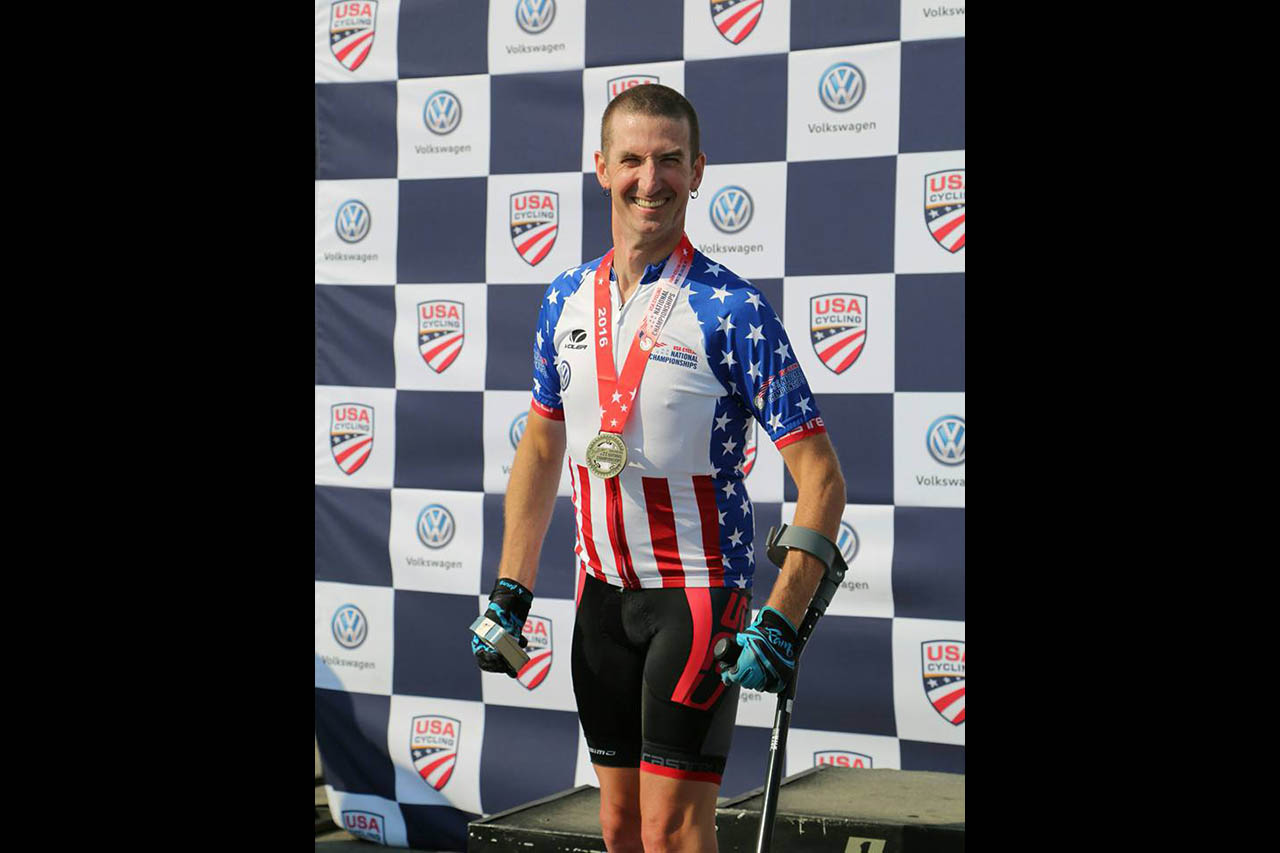 LaPointe explains some of the reasons why a disabled athlete really requires a custom-built machine. “As a disabled athlete we’re often faced with just making things work with no real affordable source for anything custom that would make life much easier.  For years I’ve struggled with a weaker right leg than left, that caused the weaker leg to constantly dive in and I’d hit my knee on the top tube of every bike I’ve ridden or raced.”

After breaking three converted carbon fiber bicycle frames in quick succession, LaPointe concluded that the particular frame stresses when cornering required a different approach, and he started looking at custom-made options with metal as the material.

Wittson were contacted by Colorado-based Belgium Cycles to build a custom Ti tri-racer for LaPointe, and after hearing about his story they readily agreed. But the project created many unanticipated challenges for the Lithuanian builders, as Wittson’s Mindaugas Zukauskas explains.

“We needed not only to build the frame according to Jay's body measurements, but also to take in consideration his disability, so understanding his requirements was our main goal. Because of his spine injury and walking disability our aim was to build a frame specially designed for a cyclist who cannot easily hop on and off on a standard road bike. We had to lower the top tube as much as possible, but at the same time to keep the frame stiff. So we had to add an extra tube which connects down tube, top tube and seat tube,” said Zukauskas. 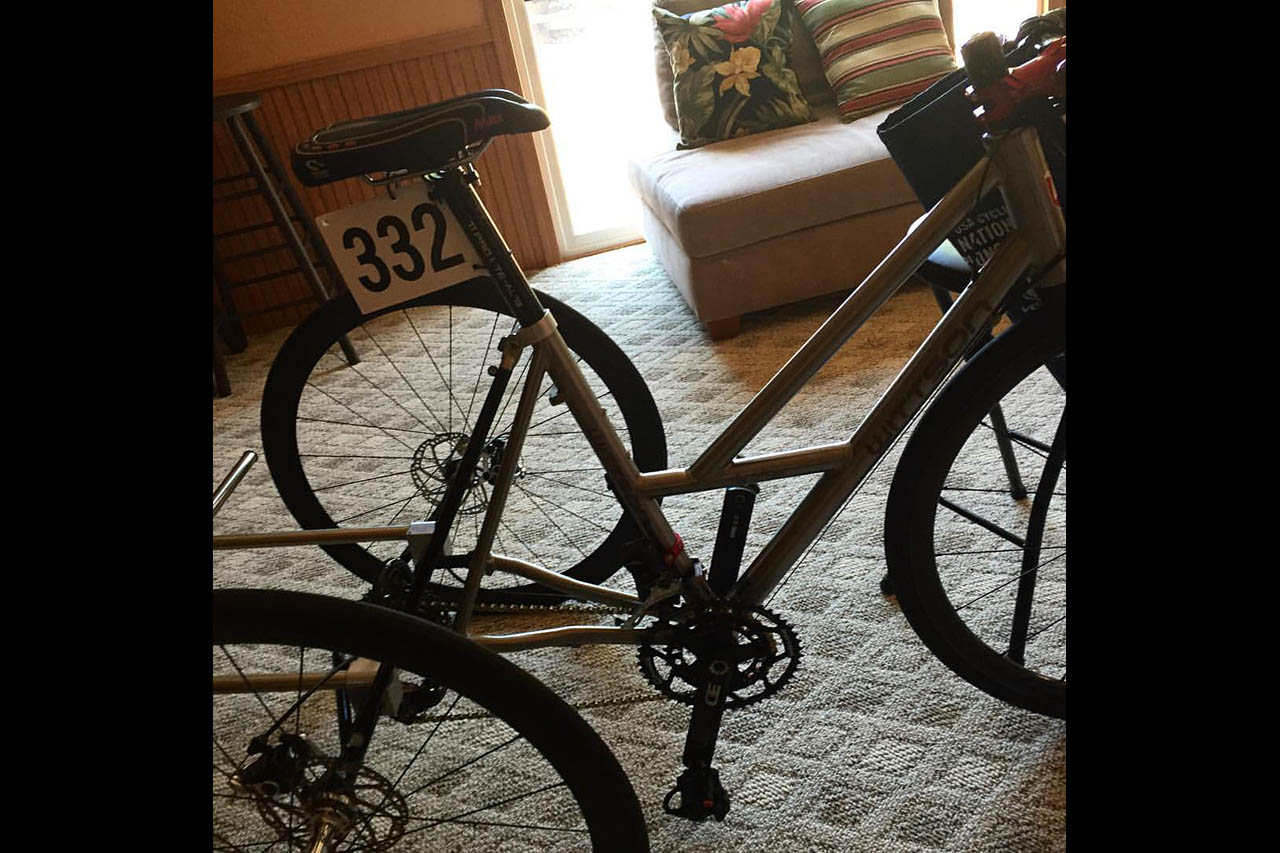 The accommodations necessary for a recreational bike for disabled cyclists are challenging enough, but LaPointe is a competitor through and through. The extra considerations of light weight, stiffness and bike handling demanded by competition were other novel challenges for Wittson.

“Another challenge was to make this trike a real racing machine with the shortest wheelbase possible. To achieve this we had to shorten the chainstays to the minimum, as the TryKit conversion axle extends the length of the bicycle. That meant we had to create new shapes of chainstays and to play around a lot with the measurements to make the crankset fit in nicely. And lastly such small details as TryKit specific cable routing, mounting eyelets on seat tube and bottle cage placing wasn’t easy either,” said Zukauskas.

It must be admitted, however, that the fabrication issues Wittson faced are nothing in the face of the daily life and race-based challenges that LaPointe faces. But for his part, LaPointe says that the custom trike has opened up new levels of performance and fit.

“Performance-wise the biggest difference is the trike is much lower than a normal bike which has made it way more stable in turns.  Trikes are notoriously top heavy and handle much like a school bus on anything other than straight flat ground.  Also the frame was made almost 3 1/2 inches shorter than a normal bike frame so that once it was bolted to the trike axle it would have a normal bike wheelbase.  Combine that with a steep head tube angle and I often forget I’m riding a trike because it rides that well!” 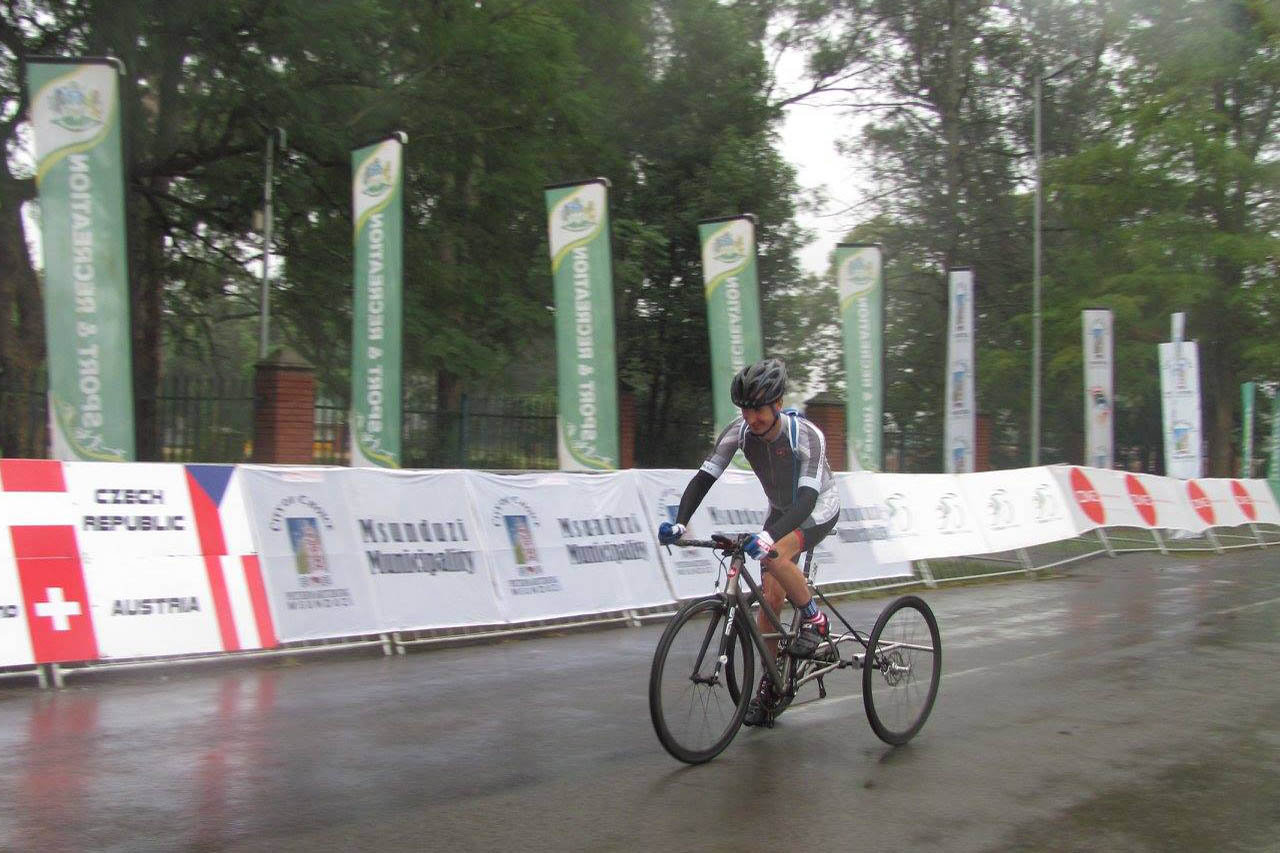 “I no longer fight my trike to ride it nor do I have some over-exaggerated position as I did on an improper trike frame when climbing or descending. It translates into longer, less painful rides with that sweet Titanium feel I’ve heard so much about.  Wittson just nailed it and I can’t thank them enough for trying something new!!”

As proof that both rider and bike triumphed in the face of adversity, a few weeks after LaPointe received his new Wittson frame, he went to Pietermaritzburg South Africa to participate at the Para-Cycling World Cup, his first international race, and was first across the line in both road and time trial events, on May 7 and 8, and he pulled on the World Cup leader's jersey. Days after returning to the USA LaPointe rode his Wittson tri-racer to win the U.S. national championship time trial title on May 27th.

For more information on Jay LaPointe, and to follow his quest for Paralympic glory, visit his website at www.jaylapointe.com.