Robert Scheive brought a British-built Jack Taylor bike to Eroica California, equipped with wider gearing and tires for the gravel roads of this event. 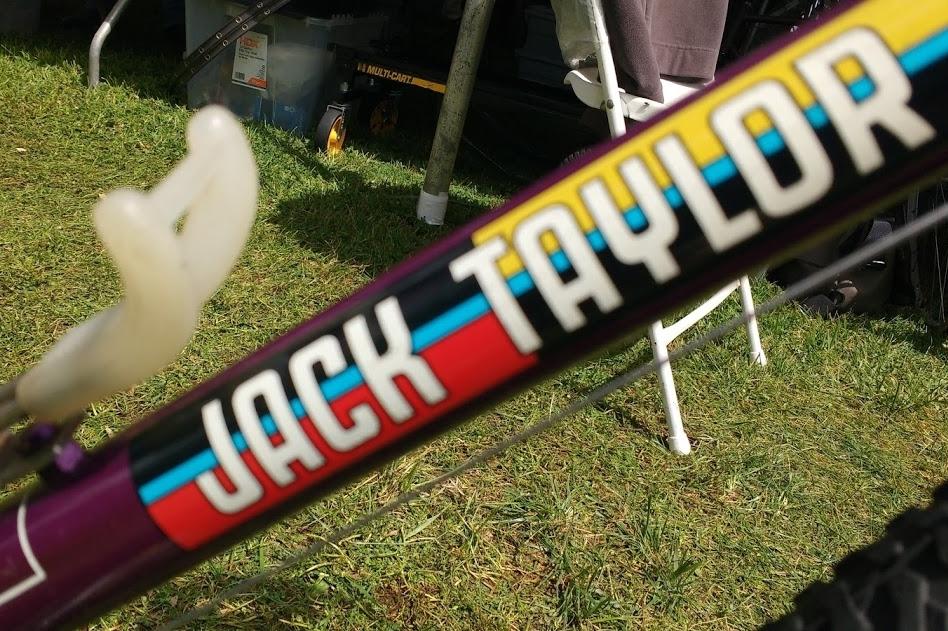 The Jack Taylor brand is the result of three brothers’ labor, Norman, Ken, and of course Jack.

Jack built his first frame in 1936, and the brothers were building bikes from 1945 to the early 1990s in Stockton-on-Tees in the UK.  For the most part, Norman did the brazing, Jack the finishing, and Ken the assembly.  They were widely respected for their tandems, and had expertise in both lugged and fillet brazed construction. They were known to make the occasional triple as well as “racing trikes”, which were popular in the UK. 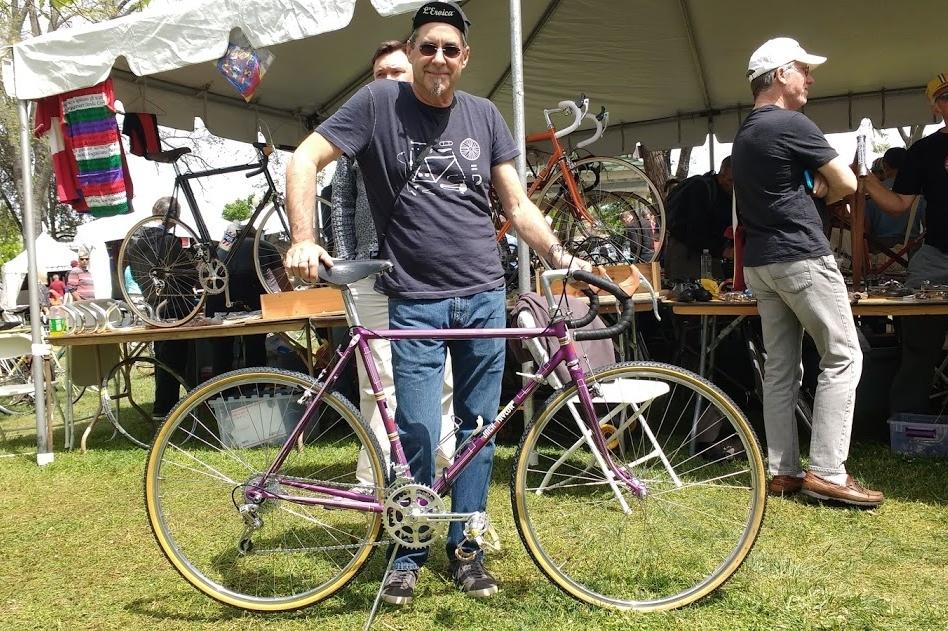 We found this bike in the swap meet area. Robert Scheive acquired this beautiful 1981 Jack Taylor Marathon road bike from a friend a little more than 6 months ago, and it involved a good deal of “horse-trading”. It is a touring model, with mostly original parts, but it was adapted for the Eroica California course conditions using mostly period-correct parts. The tires make it look like a cyclocross bike, but how many CX frames have box pin striping?  Pinstriping was Jack Taylor’s signature art, which he performed completely by hand. This bike has its original finish; the paint is in remarkable condition, and the detail on the seat stay caps is distinct. 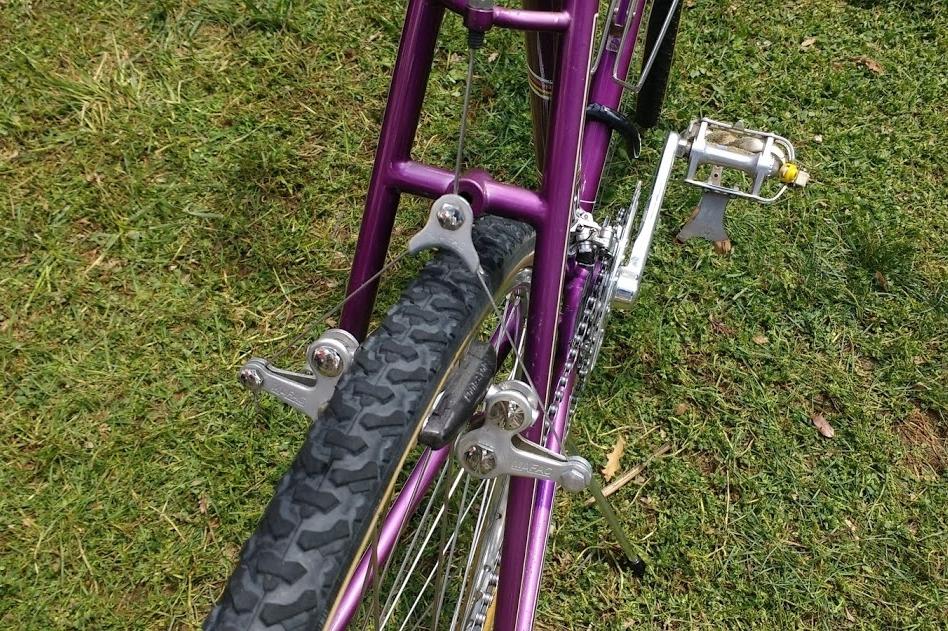 Period-correct Mafac cantilever brakes and cyclocross tires, but make no mistake, this is a road touring bike.  Photo: Brian Ignatin

The most remarkable component on this bike is the stem. While it is a generic Taiwanese-made quill stem, Robert spent about 4 hours carving, filing, and polishing it to make it look like it came from another era. 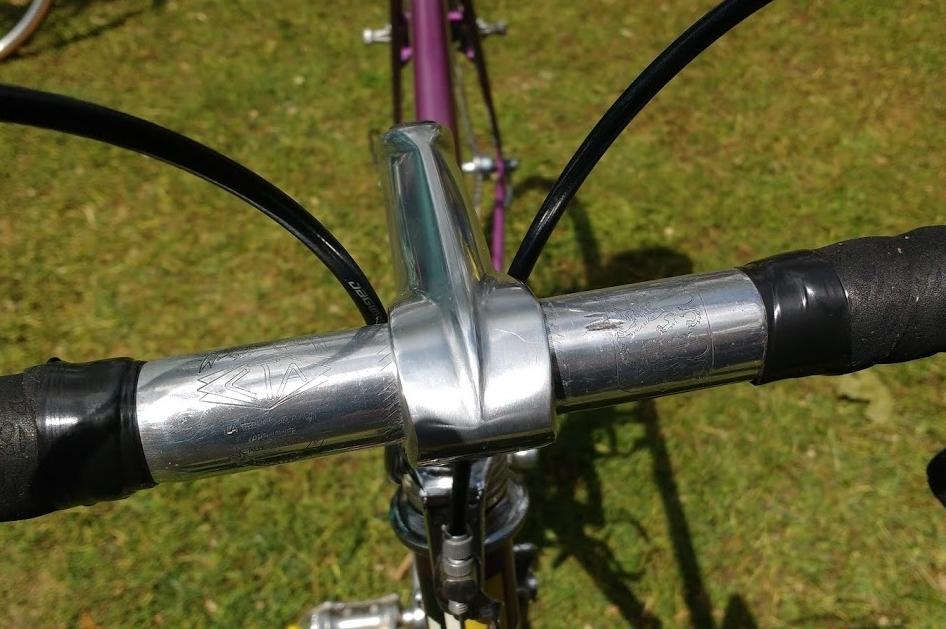 Despite his love for this bike, it was for sale, as Robert has his sights on acquiring a late 70s Merckx, such as those made by Kessels, that were inspired by the bikes Eddy Merckx used while on the Fiat and C&A teams. 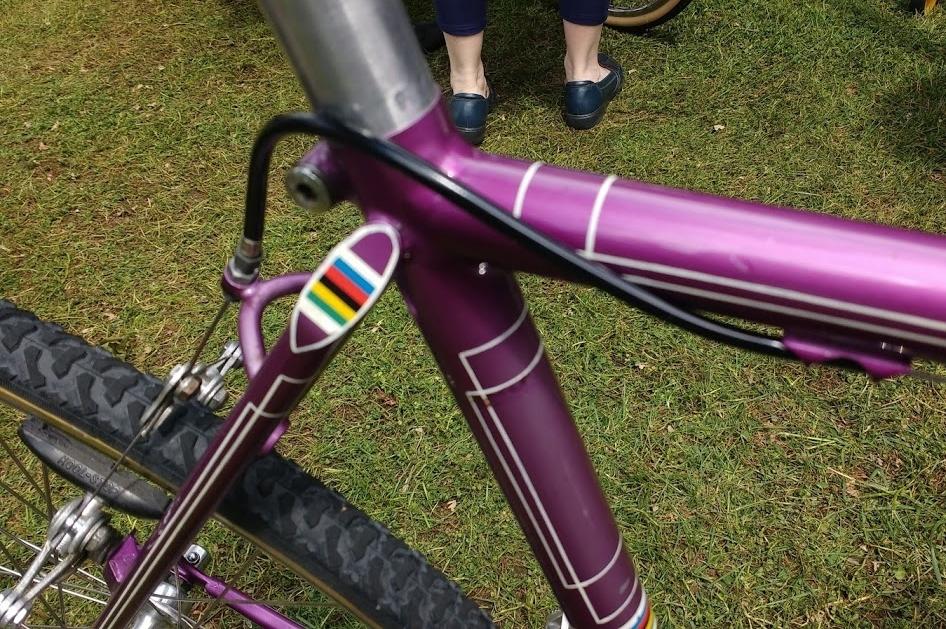