New England's custom bicycle show has carved out a niche with its small scale, intimate atmosphere, and opportunities to spend quality time with the builders and the bikes. 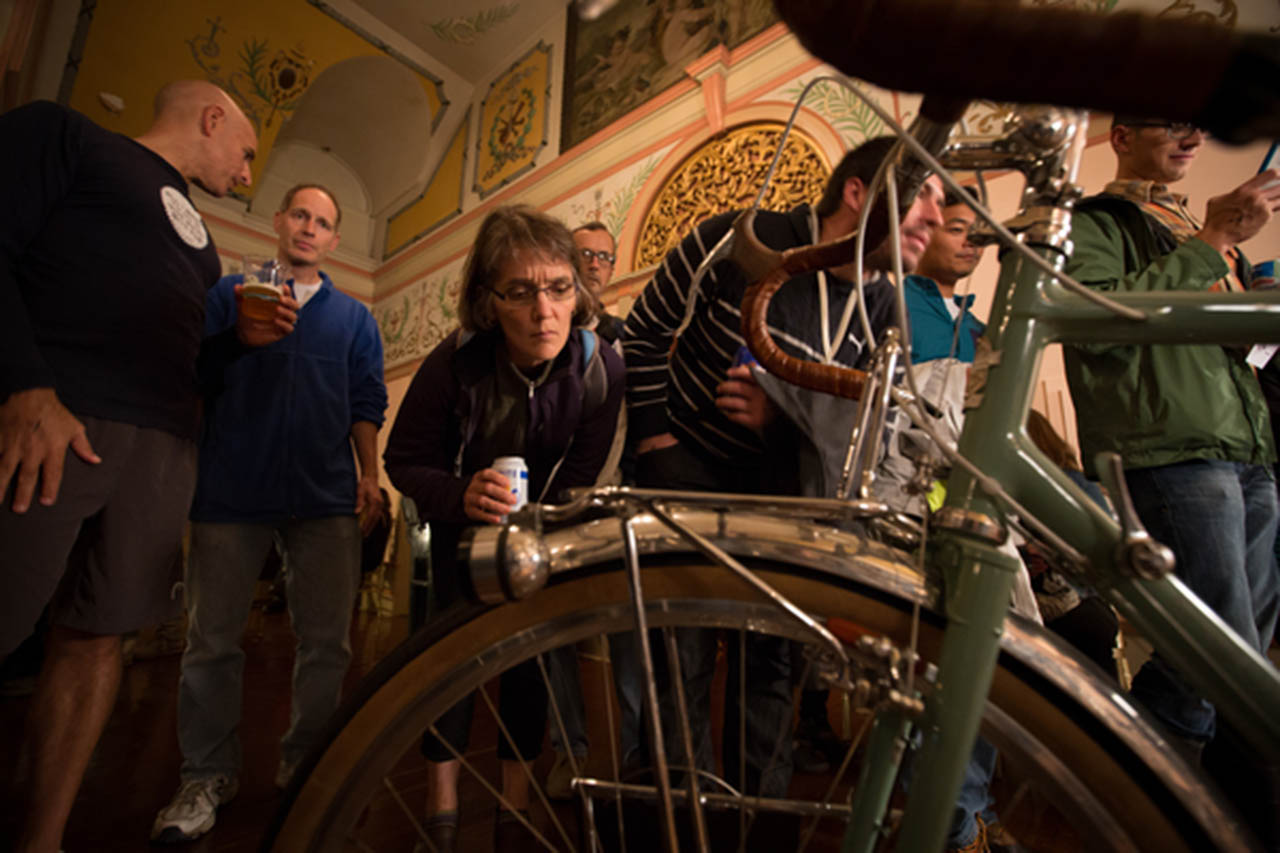 The place to be seen. Photo: New England Builders' Ball

The upcoming New England Builders’ Ball, at the Innovation & Design Building, Boston, Saturday September 22, marks the eighth edition of this region's show. Located in the historic cradle of the US cycling industry, the show is both shop window for some of the finest custom builders anywhere as well as being a fundraiser for cycling advocacy.

While the Builders’ Ball may be effective as a sales opportunity for frame builders, products from other artisans in the cycling industry are on show too, including, bags, accessories, components, and apparel.

The format of the event is more open-museum style than trade show booths, and with around 20 frame builders exhibiting, in addition to some aforementioned companies, it is easily possible for attendees to absorb all the splendour of every bike in the show hall during the single day of the ball. It is this focused approach to show organization, which allows attendees quality time with builders and bikes, that sets it apart from the larger shows. 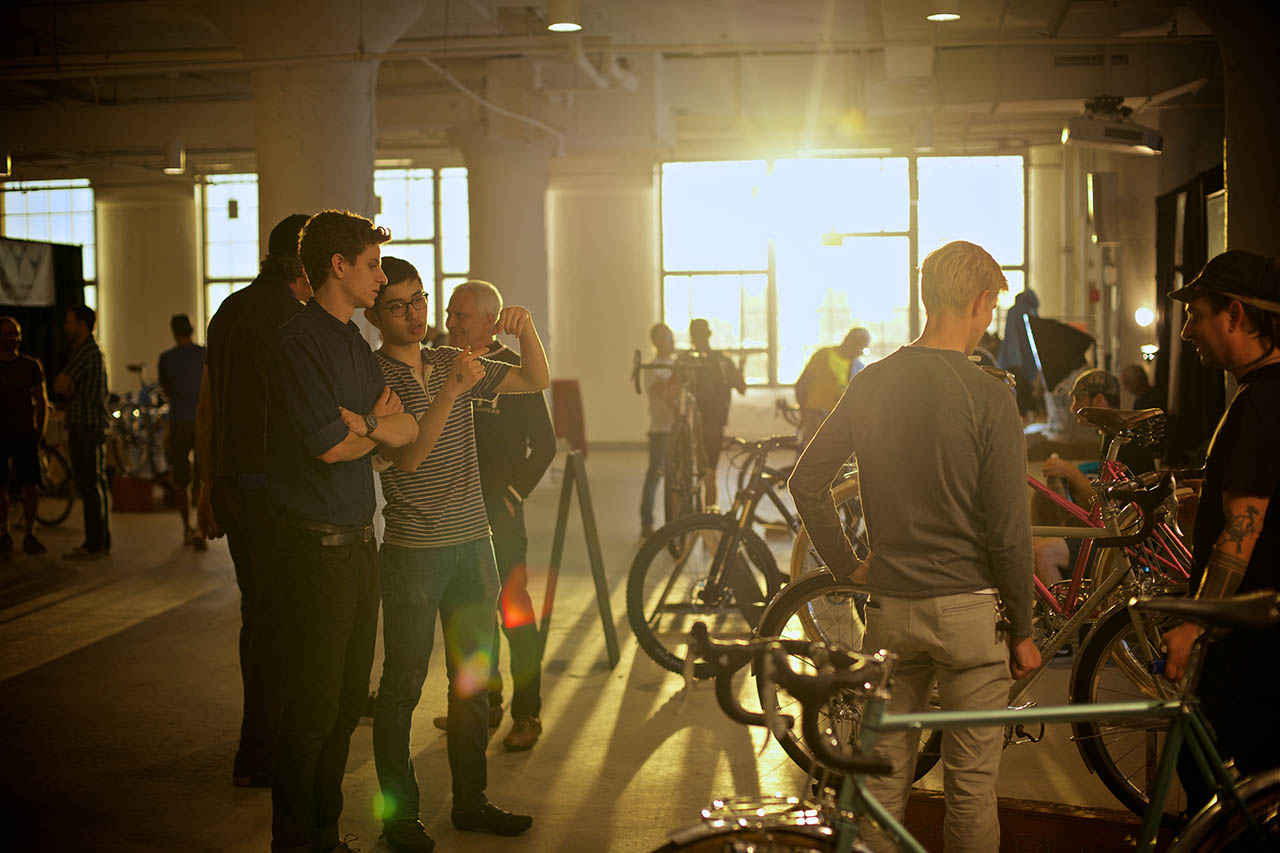 With a few exceptions, it always has been a show that attracted builders within a day’s drive rather than from farther afield. Eric Weis, the show’s founder and director, explained, “I don't approach it as being only for framebuilders in the Northeast, but it clearly is one. That's just the economics and logistics of traveling to a one-day show. This year we have our first Canadian exhibitor (Fluent Frameworks, from Nova Scotia), and I'm pretty excited about that, and in prior years exhibitors have come in from as far as Ohio and Maryland.”

Weis started the show after a conversation with a friend in 2011. “I was complaining to a friend about how NAHBS had never been to New England. He looked me in the eyes and said rather than complaining, I should do something about it. So I chatted with Chris Bull and Brian Chapman at Circle A Cycles (in Providence), who were very encouraging, and moved forward,” he said.

Brian Chapman, a well-established frame builder, has attended every edition of the New England Builders’ Ball and sees it as a valuable outlet in a marketplace where promotion is not easy for small-scale companies like his. “There are very few options,” says Chapman. “Most rely on word of mouth, but the primary option is attending custom bicycle shows to reach the largest interested crowds. There is only one annual custom bicycle show in New England and the Builders Ball is it! This show is a great way to see how one can support a local artisan while also learning that a beautiful custom made bicycle isn’t just for an exclusive bike-centric crowd.” 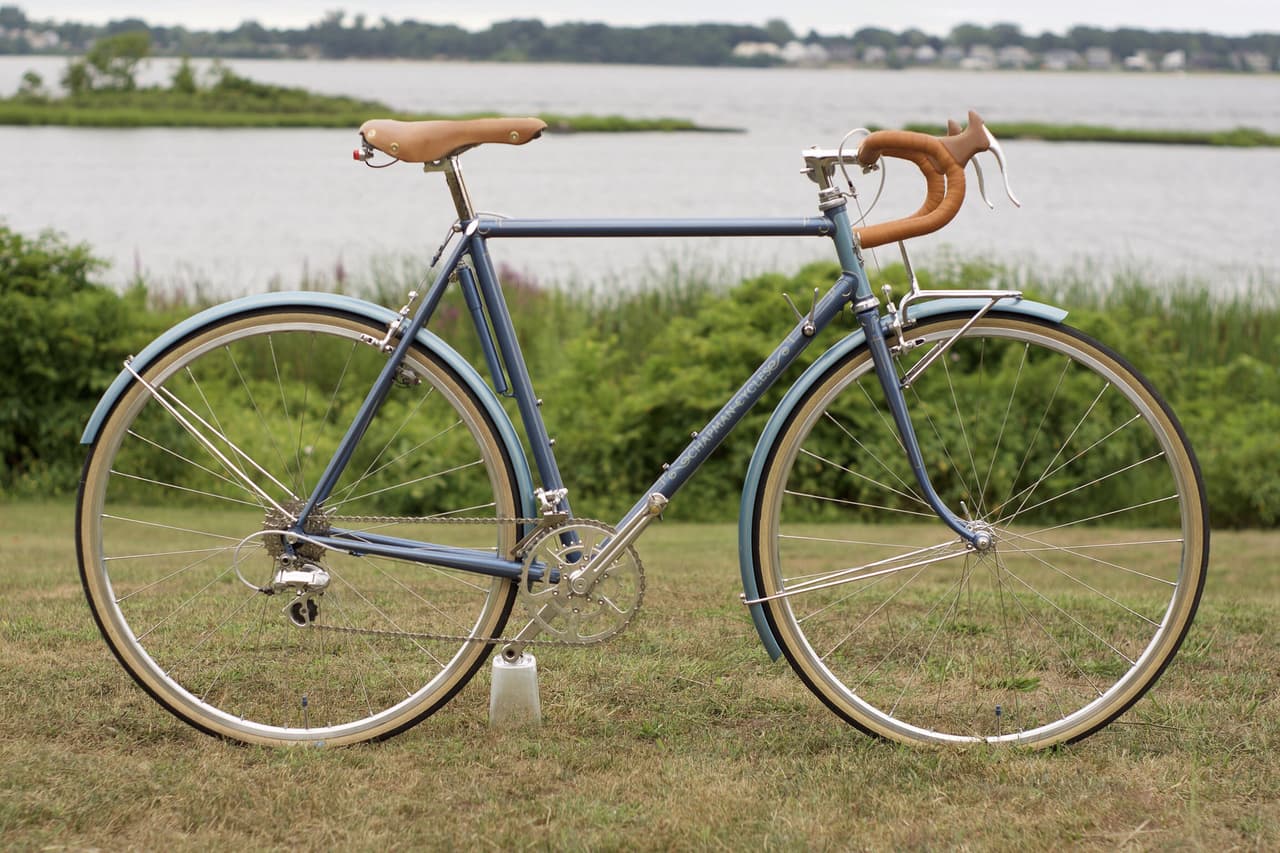 For newer builders struggling to establish a toehold it is a rare opportunity to show their work and get feedback from peers and public alike. New York frame builder Tom Porter, of Porter Cycles, is attending for his second year, and says, “As a newcomer to the field of hand-built bicycles, it's an honor to stand in a room with venerated heroes and be a part of the conversation that their work inspires.”

The venue has moved to Boston for the past two years, after growing up in Providence, Rhode Island. Weis explains the shift. “Boston is the unofficial capital of the New England region, so it makes sense for a regional show to be based there. It's a little simpler for many, although not all, exhibitors to travel there, as many are based in metro Boston already. And of course, the population of metro Boston is much greater than that of Providence, where it was based for the first five editions. The whole point of the show is to offer a platform for framebuilders to show off what they can do, so of course I want to make it easy for as many people as possible to attend the show.”

The first six editions of the Builders' Ball were operated under the umbrella of the Weis’s former employer, the East Coast Greenway Alliance, and profits went directly to trail development. Now working in his own consultancy, Weis continues to donate profits to cycling advocacy groups, contributing $2000 last year, split between ECGA, MassBike, and the Boston Cyclists Union. Those three nonprofits benefit in 2018 too. “The more people that come and the more beer and merchandise they buy, the more I'm able to donate to these worthy bike-related organizations!” says Weis. 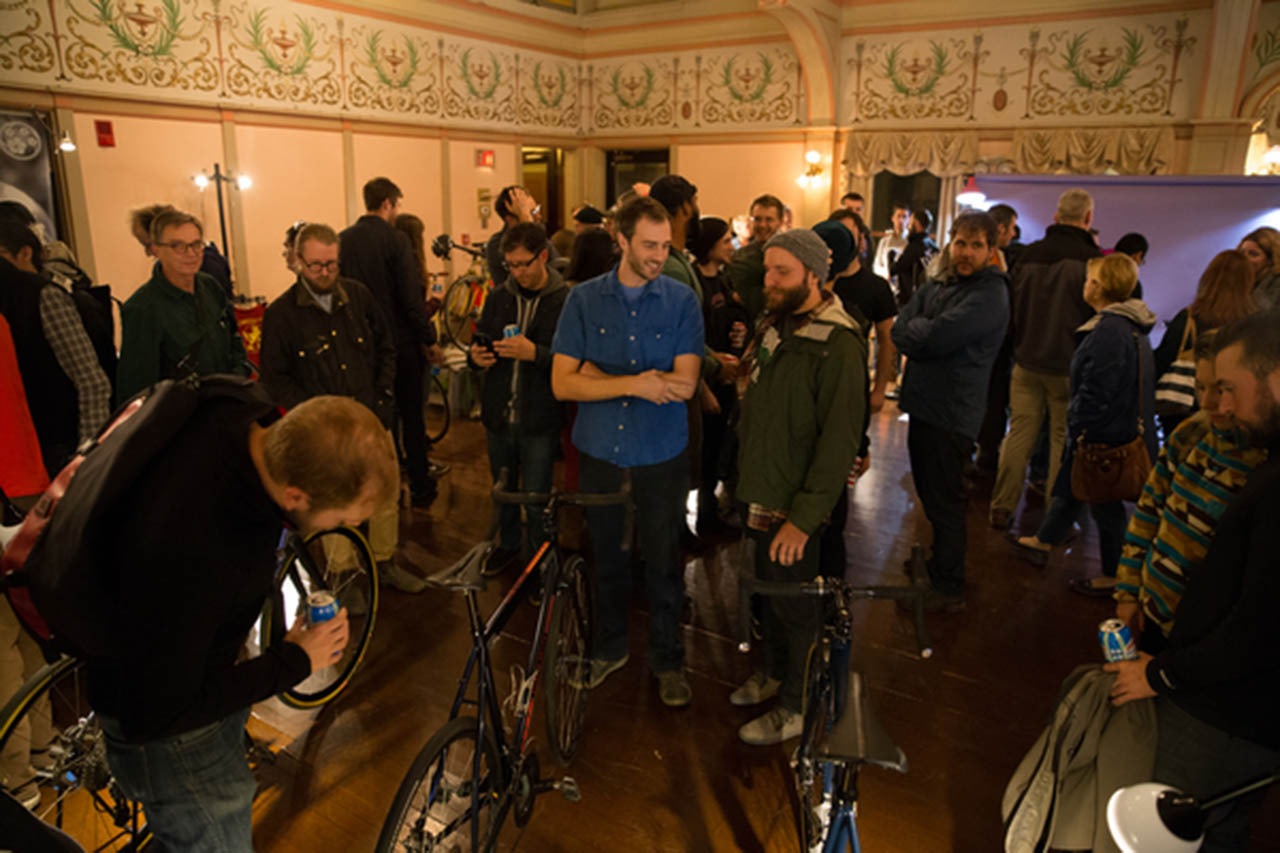 The advocacy fundraiser component continues to be an important reason for the event in the eyes of many, including frame builder Mike Flanigan, the owner of Alternative Needs Transportation (ANT). "While the New England Builders Ball has been a very unique and supportive event of bicycle makers and one of our favorite shows, the main reason ANT is in attendance is to bring to the attention of cyclist of the East Coast Greenway project. These Greenways are the future of cycling and we look forward to the day when we can ride the entire length of it...on a handmade locally built bicycle of course!"

Having started out as an evening event, the New England Bikers Ball has extended it's hours into the early afternoon, opening at 2 p.m. It has retained the intimate atmosphere that sets it apart from the others though, especially so now that the Portland show has disappeared from the calendar. There are no plans to expand it to two or three days, and for many the show is just fine as it is. And although it serves different and important cycling-related purposes, for most people the New England Builders’ Ball is a venue for enjoying some of the finest bicycles in the world, chatting with the makers, and discussing how bicycle dreams might become reality.