An annual invitational, the Hack Bike Derby is basically an excuse for UK frame builders to play in the woods on bikes they’ve made out of bits of scrap. 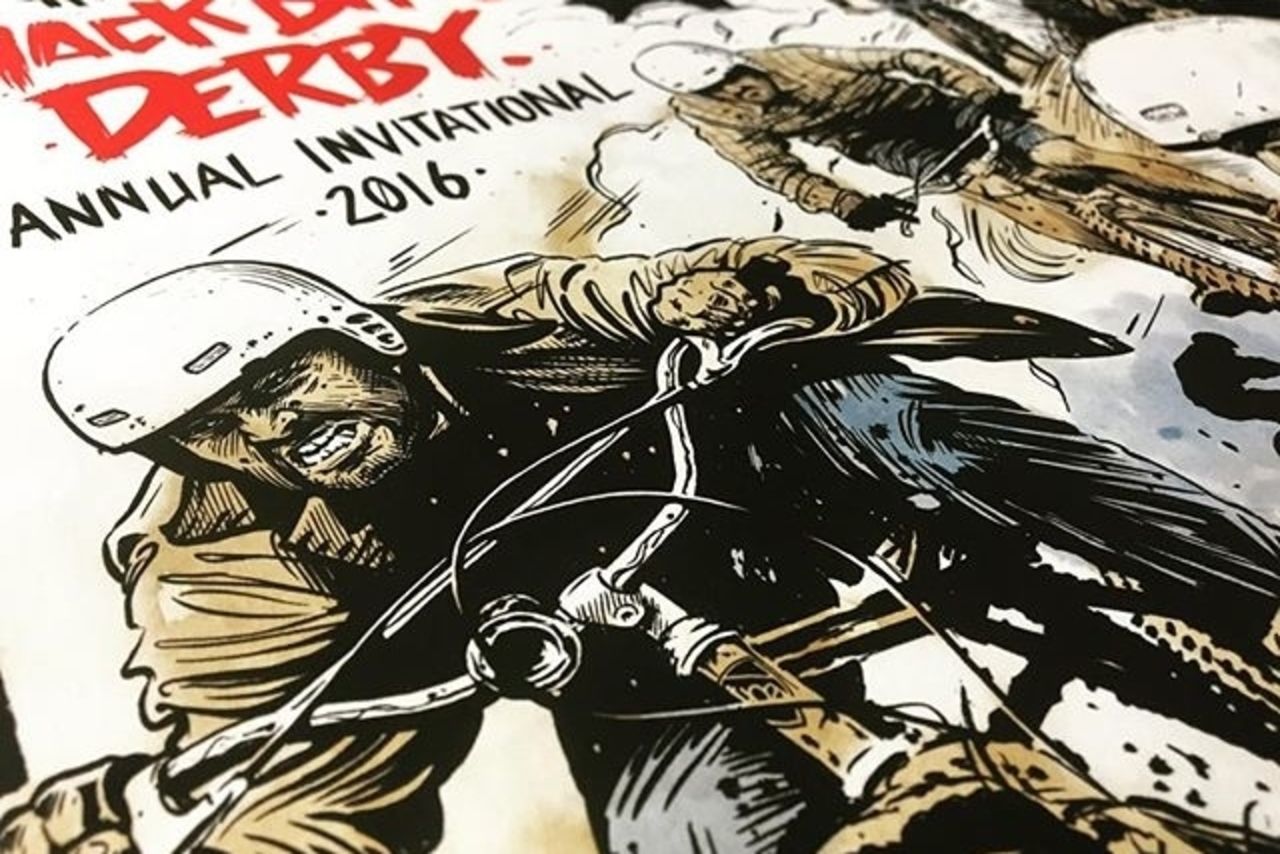 It was another time and another land, yet if the video is anything to go by, the 2016 Hack Bike Derby was an event that might have evoked the atmosphere on Mount Tamalpais decades ago where clever mechanics and makers gathered to race their inventions in a mood of unbridled fun. The place was Somerset, UK. No big mountains and definitely no dust, just seventeen frame builders racing their home-hacked klunkers on a rain-soaked weekend in mid-February.

The event took place before HBG News had launched, but we feel we should make a record of it here. With some pretty dodgy rat-look klunkers popping up all over social media since then, it is clear that something significant happened.

An annual invitational, the Hack Bike Derby is basically an excuse for frame builders to go play in the woods on bikes that they’ve made out of bits of scrap. This year’s theme was "klunkers": the original mountain bikes raced from around 1976 in California, USA, so think bull moose bars, double top-tubes and drum brakes.

“It’s an opportunity for builders to make some bikes for the hell of it, to get creative in a less formal way, and most importantly have fun,” said Andrew Denham, the event organiser.

All builders were given the same brief: builders must race the bike they have built, stock car rules apply (if another builder thinks you have an unfair advantage you have to be prepared to swap bikes for a race), and all bikes must conform to the event rules:

- Frame and forks must be made by the rider from steel, specifically for this event.

- Dropouts must be made (“hacked”) by the rider

- The bike must not be painted but it can be clear-coated, left raw or painted using pens, paint brushes or rattle can, by the rider (basically - no expensive paint jobs!)

- The bikes must also be built according to the year's brief: 1 x gear, 2 x brakes (1 x front + 1 x rear, no hydraulic or disk, ideally not V brakes), and the bike must look like a klunker.

The Hack Bike Derby was created by The Bicycle Academy, sponsored by Bell Helmets, Bontrager and Break Fluid Coffee.

Alex Rankin of Sprung and Earthed fame produced a short film of the event that organizer Denham said captured the atmosphere: