Vari-Wall has a history with cycling that is far more expansive than even industry insiders are aware. Vari-Wall president, Randy Alexoff, gives a detailed, sometimes surprising, account of the company's history in this two-part feature. 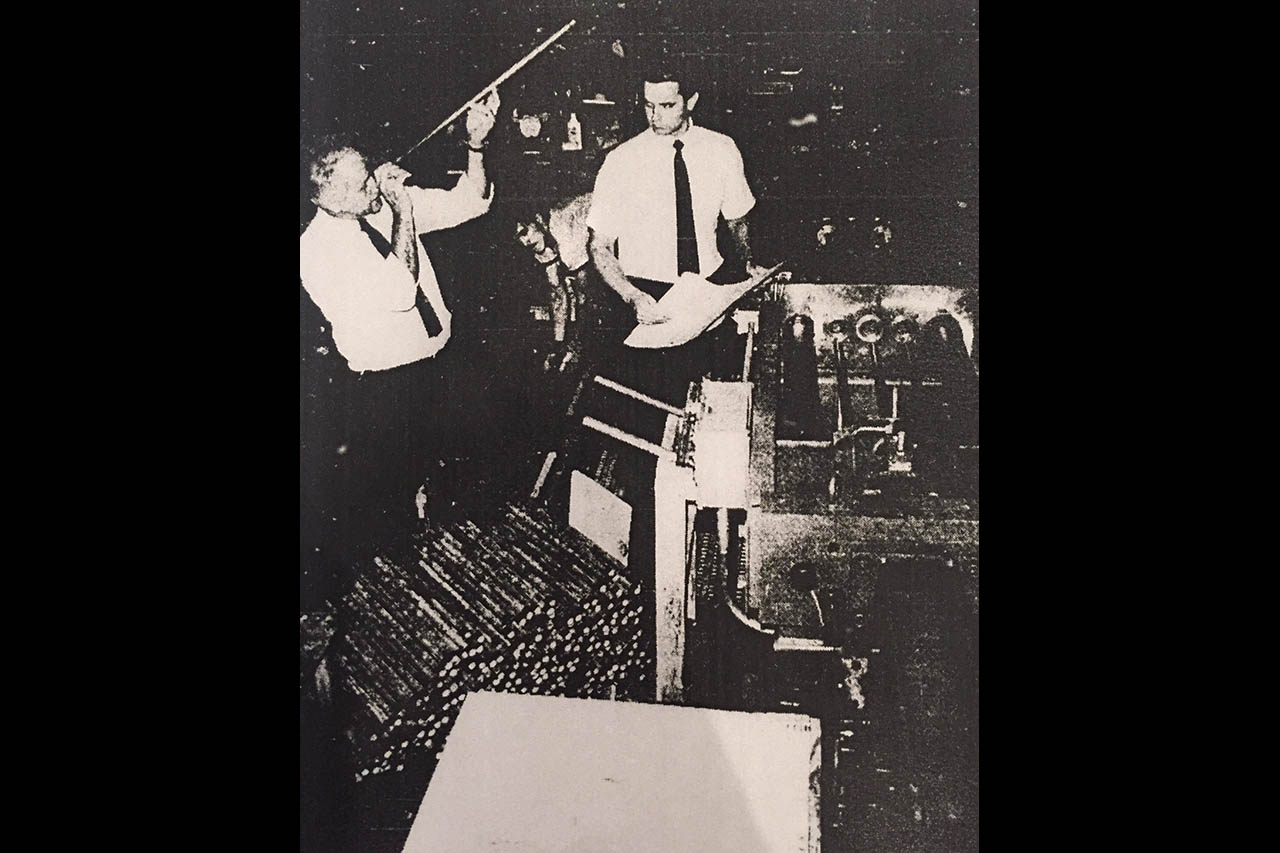 Randall Alexoff is the president of Vari-Wall, a company that has produced variable thickness tubing since the 1980s.

PS: I’m told that Vari-Wall worked closely with cycling companies several years ago, and recently has become more involved again. I'm wondering if you're intending to fill the gap left by True Temper.

RA: Yes, there's a long, long, story. Probably way too much to include all of the past, but let me go back to the beginning. There have now been three generations of Alexoff’s in engineering. There was an original Alexoff, Peter, who is still alive and consulting with us today. Peter was part-owner in a business that built machines that True Temper purchased to draw tubing. So, we have been, as a family unit, involved with True Temper since 1964, in one way, shape or form.

To give you the full history, in 1964 I was 8 years old. At that point in time, my father and his business partner were helping True Temper learn how to draw tubing in Geneva, Ohio, before the Mississippi operations began.

With that as a foundation, in the mid-80's, True Temper sought assistance in making product after the '84 Olympics. We were instrumental helping them manufacture their first bicycle tubing. So much so that some patents were formed at that time under my name. We physically made the first 40,000 double butted 4130 tubes sold under the name of True Temper. Whether or not that should be printed, I don't know. But, I’m trying to give you some idea of our involvement in the bicycle industry. Soon after that, True Temper developed their own abilities and branding. They had the resources to create a True Temper brand which morphed into OX Platinum, and SuperTherm. 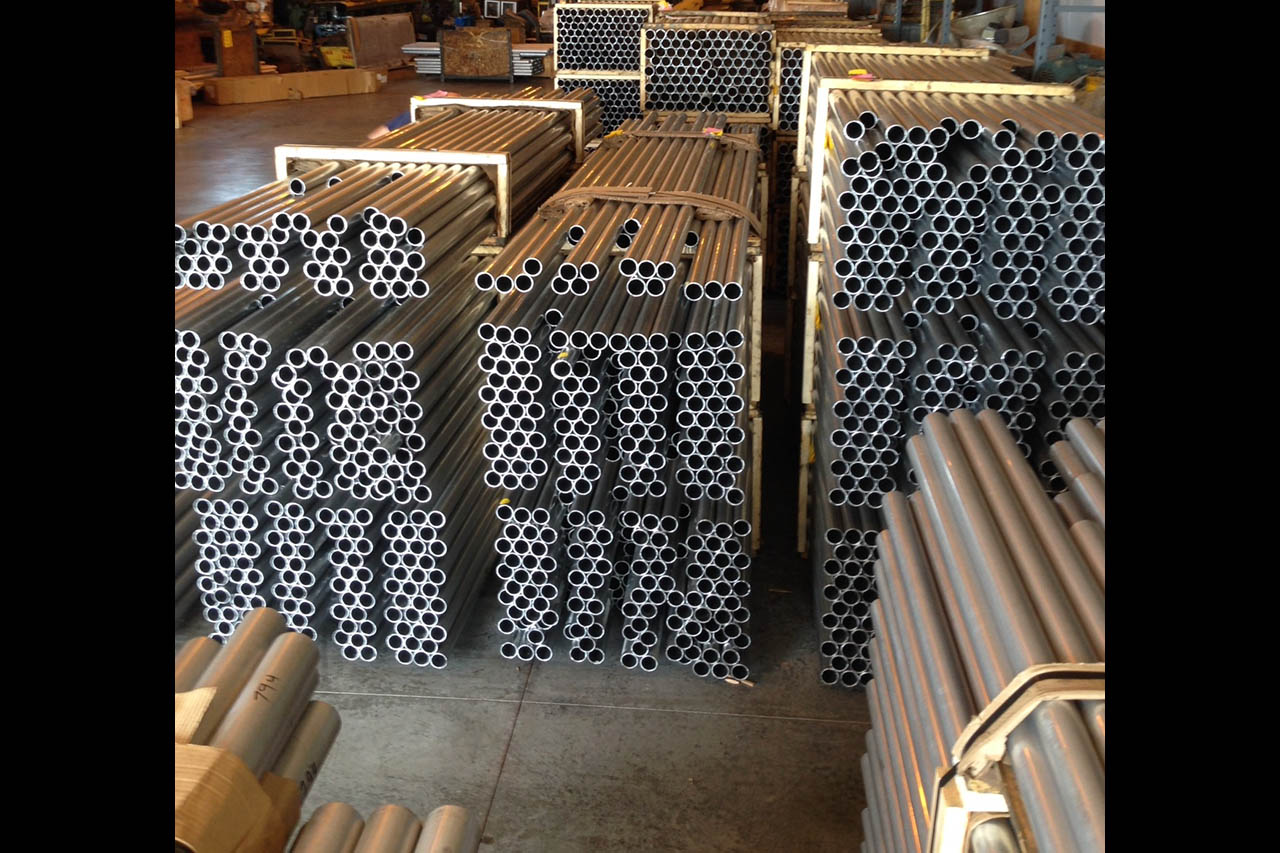 Most of Vari-Wall's work in recent decades has been in aerospace and automotive industries. Photo: Vari-Wall

In the mid-80's, we were a small company. What happens when you are a small company in an 800 sq. ft. garage and a large company wants to enter the market? True Temper was substantial compared to us; they made no bones about their intention to build double butted tubing, internally, in their Amory, Mississippi facility. With that and some other factors, it didn’t make sense for us to try to compete.

We, as a company, continued to grow from the 800 sq. ft. garage, and we started out trying to assist other bike companies build things out of variable wall tubes. And that breadth of business ranged from high-end aluminum frames to low-end manufacturing. An early customer that gave us some significant business was Huffy. They were building a mountain bike.

Gary Fisher, and other guys in Marin County were out there doing stuff with old Schwinn frames and jumping off hills. The mass producers like Huffy were trying to copy that look on welded construction, rigid-looking fork assemblies. We created a revolutionary crown interface with a one-piece steerer tube. During the period from '86 to about '96-'97 we made about 45 million parts for Huffy. They were our largest account during the 80’s.

Looking on the high-end bike side, we recognized that Columbus, Reynolds, Tange, Ishiwata and a lot of brand names were out there, and True Temper was trying to make a brand.

So we put our efforts into aluminum. We knocked on Joe Montgomery's door at Cannondale and Ed Schwinn’s talking to them about aluminum butted tubes.

In 1985/86, the aluminum manufacturers believed they were using lightweight material and they did not need a butted tube. Their belief was that they can survive without butting. Alcoa was another place where I did an awful lot of work in my early years of selling machinery. Alcoa came to me and said, "Hey…Schwinn is trying to mass-produce an aluminum frame. They're afraid of distortion from heat treating 6061 material in the shape of a welded bike assembly. They want to weld it and only age the frame. They want to use the material in a solution treated state.” Alcoa had a 5000 alloy and Schwinn was setting forth to weld an aluminum bicycle.

Schwinn was using a consultant, Gary Klein, who had patents on oversized aluminum tubes. Gary said, "Gee Wizz, these 5000 alloy tubes you're using in the solution-treated state, they would be too heavy if you used a constant thick gauge to make up for the degradation in the weld joint. You need to use a butted tube."

Alcoa came to us for the manufacturing of those butted tubes. Around 1988 the very first butted aluminum bicycle tubes ever made in the world went to Schwinn. It was in conjunction with us: Alcoa produced the materials, we manufactured the butting, Schwinn built the products, which included a wish-bone rear-end and some really unique things.

Gary Klein took what he learned about butting and he got the brilliant idea: “I can solution-treat a frame, stick it in a freezer, straighten the frame before it ages, and come up with a pretty dog-gone lightweight bike if I use butted tubing.”

We started that effort with Gary, using 6061 aluminum tubing. Gary's frames weighed less than Joe's frames at Cannondale. Then Cannondale became an exclusive customer of ours for more than a decade, and we made every tube that went into their frames.

In the Seinfeld show, the green bike in the back of Jerry's apartment, every one of those tubes came from our plant in Ohio. The butted tubes shipped to Klein’s Chehalis, Washington, plant and were welded.

Easton stepped in probably around 89-90', and they pushed their Arrow material into the bike market. Easton got a foothold supplying 7005 aluminum. Vari-Wall was the 6061 source and Easton was the 7005 source.

We became associated with Answer products, very early on in their life. We produced steerer tubes and stanchions for them out of chromoly initially. We stayed with Answer to the very last day. We actually had a shipment crossing the country when the business closed. So we were with them from almost day 1 to about 3 days after they closed.

We were a similar supplier to RockShox. We supplied an enormous amount of tubes into their facilities that originally started as chromoly and migrated into aluminum. We also supplied steerer tubes and stanchion tubes to Marzocchi.

We were the company that developed the first one-point-five to inch-and-an-eighth steerer tube, out of aluminum. That was an Answer products initiative. They had a strong belief in the section dynamics of the 1.5 inch steerer tube absorbing the stress of the fork in the interface connection. RockShox and Marzocchi did not initially support the 1.5” design. Their 1 1/8” steerers progressively became thicker and thicker over time. The tube section at the crown interface almost became solid. The butting requirements were very severe and the tubes were very heavy. We made both the enormous wall thicknesses and we made what became the world's first one-point-five to inch-and-an-eighth steerer tube.

But then came the buy-ups of the small companies and the end of most large-scale bicycle manufacturing in the USA. Manufacturing at U.S. companies like Manitou, RockShox, Marzocchi, Cannondale, Klein, Fisher, GT just disappeared. During the late 1990's we lost probably 90-plus percent of our bicycle customers and about 55 percent of our overall business.

So at that point our business moved in other directions. We needed customers, we had a facility and employees and real expenses. We moved heavily into automotive and aerospace.

We also maintain a significant presence manufacturing baseball bats. We were a very large supplier to Ray Demarini who owned a baseball company, in Hillsborough, Oregon. Ray ultimately passed away and during his illness he sold the business to Wilson Sports. Wilson has maintained the operations in Hillsborough so all of their metal high-end bats, including steel, are produced in our plant in Ohio.

End of Part One.