A company that was built on making pro-level workshop tools as requested by race team mechanics. 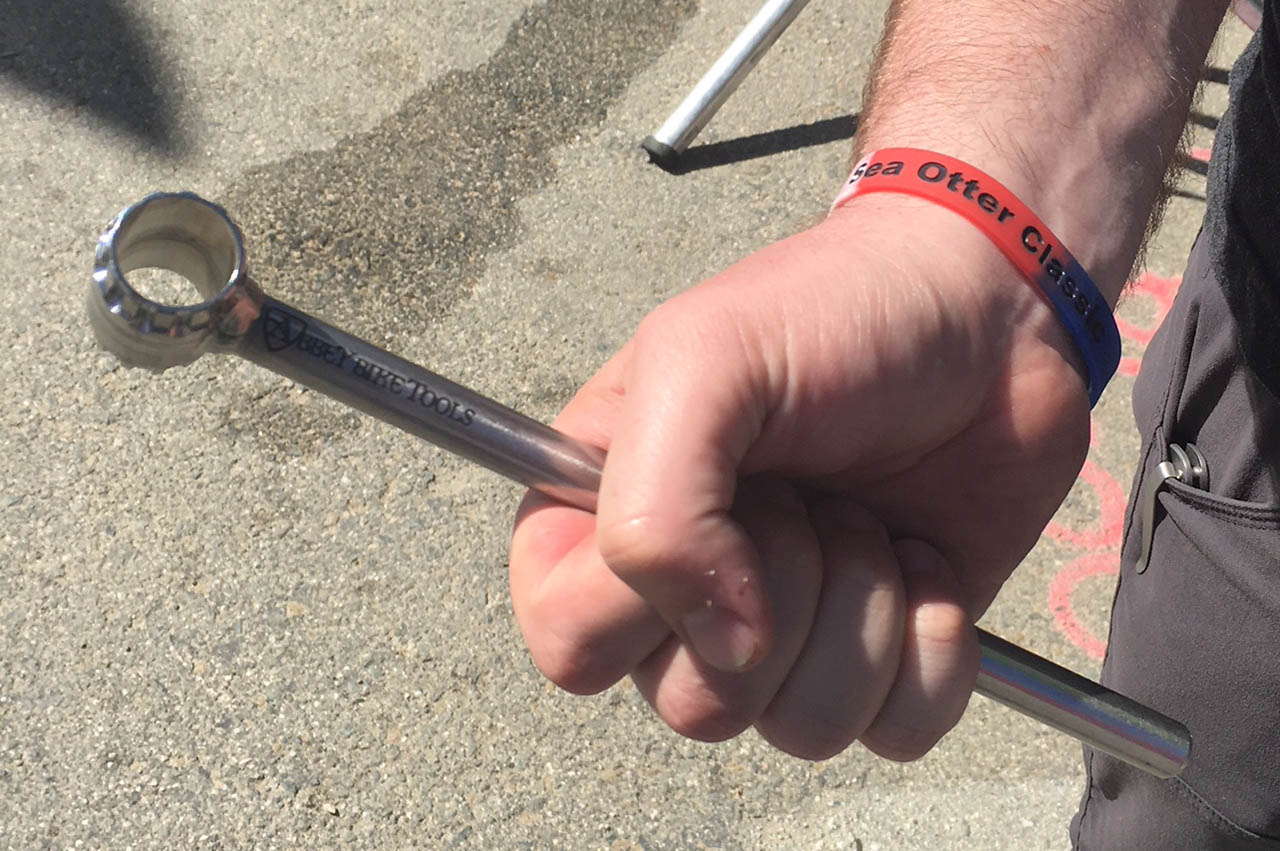 The tool that started it all. All photos: Mark Hallinger

Abbey Bike Tools got its start around 2010 in what might be considered the best manner to begin a business: Founder Jason Quade got a request to make a tool from a friend, and the rest, as they say, is history.

The friend happened to be a Canadian pro team mechanic who was requesting something that in retrospect may seem simple, a cassette lockring tool that was machined out so it could fit over the skewer end, but the spirit of the request was sufficiently strong to fire up a new business.

The beauty of this tool was in eliminating the tiny task of removing the skewer when changing cassettes. This is something home mechanics just working on their own bikes have long wished for, but if you have a dozen or more bikes to service in one evening it becomes a matter of need. 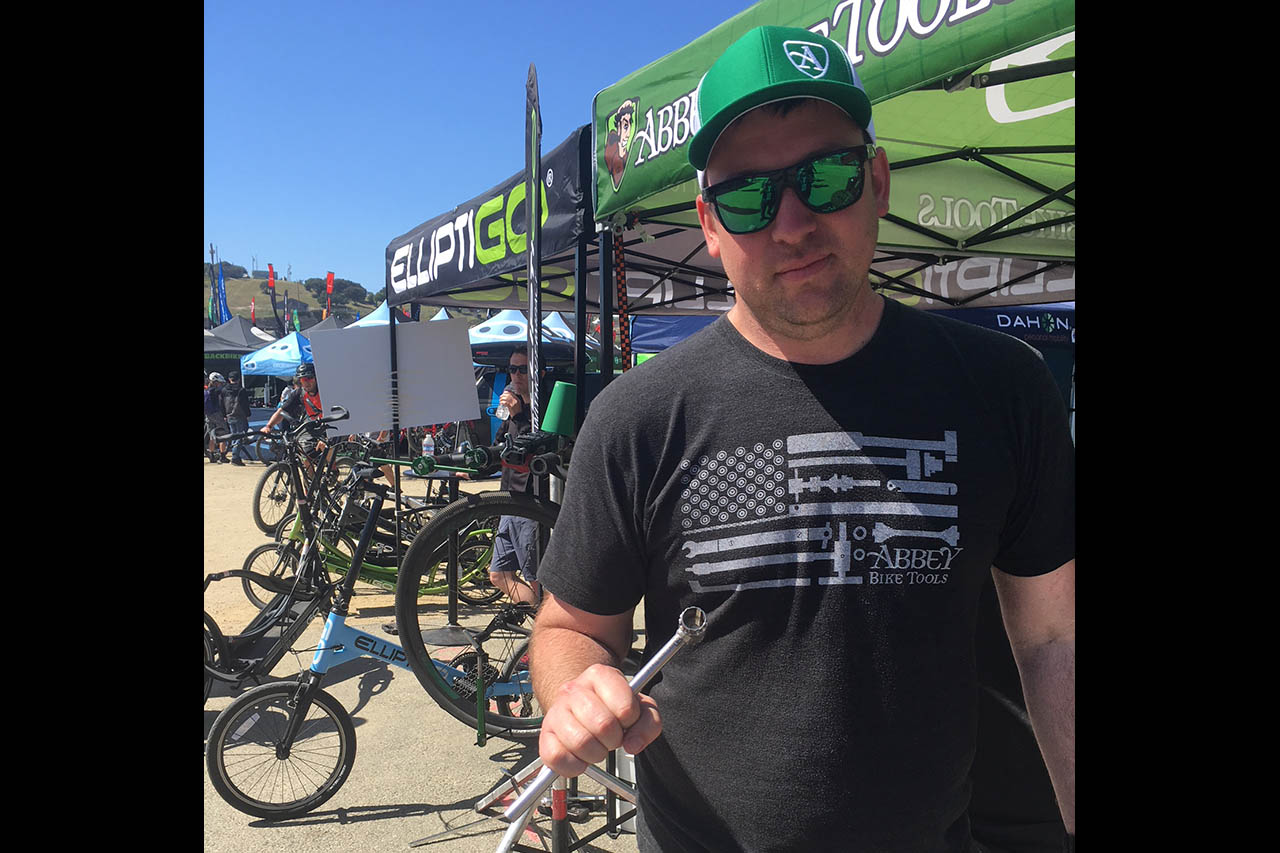 Quade fulfilled the request, machining out existing tools. He started giving these out to race mechanic friends, and at some point the hobby became a business, all driven by demand and word of mouth amongst those who like, and need, the best tools.

At least a third of his customers were asking what else he could make, so a high-end company providing for bicycle workshops and pro team mechanics emerged. Seven years later, the Bend, Oregon, company is a three-person operation that makes a variety of pro quality tools.

Abbey's logo states 'Precision is our Religion' - a statement that could be viewed somewhere along the continuum of hubris to blasphemy, depending on where one stands. But if that place happens to be in a bike workshop, it might simply be a welcome message. While Quade demonstrated the derailleur hanger alignment tool in the Sea Otter expo, a man passing by volunteered: “That’s the best alignment tool I’ve ever used.” 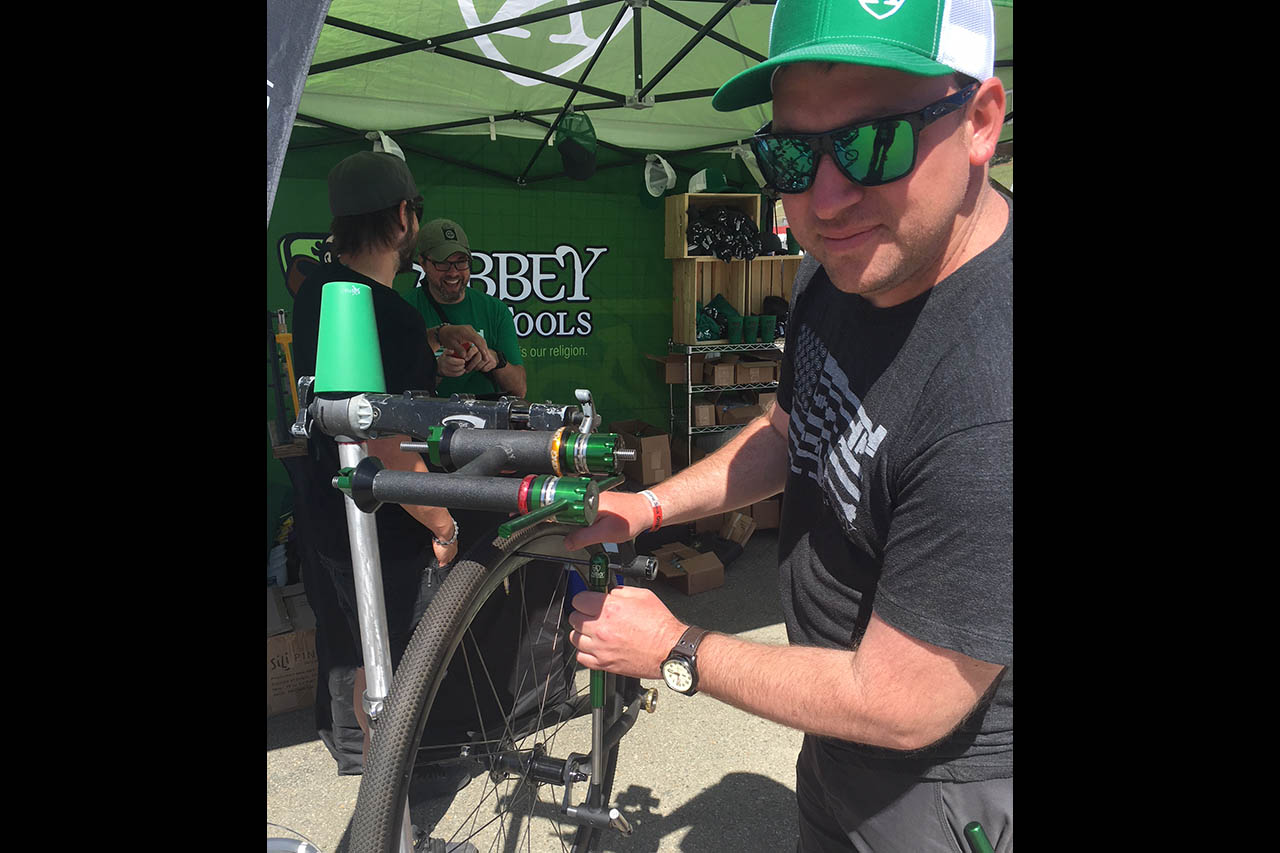 "This is the best..." is a statement that appears with remarkable frequency in the user reviews section of the Abbey Bike Tools website. It's almost uniform, but not quite. The company has the confidence to publish reviews by users who have not been delighted by the tools, but even these comments run along the lines: 'really great tool, it just didn't meet my particular needs.'

Abbey's smarts come with a touch of humor. A clever pedal wrench with the deliberate aesthetic of a BBQ tool serves all three ways pedals attach to cranks in the modern world. It has 6 and 8mm hex heads on a swivel at one end, and the standard thin 15mm flat open end wrench on the other end.

“It’s been wonderful to see the respect we get from peers in the industry,” said Quade. While too small to be an official sponsoring tool supplier to the big pro teams, Abbey's tools are now seen in the hands of pro team mechanics far and wide. Quade pointed to a lockring tool on display painted yellow as a tongue-in-cheek award noting the tool’s use in a very important stage race where the leader wears the color.

And almost on cue, a pro mechanic stopped by with none other than the legendary road sprinter Erik Zabel in tow, to say hello and check out what’s new.

What’s new happens to be are six new bottom bracket sockets, to deal with what is becoming an oh-so-proprietary bit of the bike. And while last year’s sockets for servicing and maintaining Rock Shox forks remain popular, some new adapters for Fox forks have been created.

As for the company name? It’s a subtle, good natured jibe back at the craft beer industry, which has traditionally leant on the bike world with names like Fat Tire Ale, Crank Yanker, Rustychain, to name but a few.

“I kind of wanted to turn the table on the craft beer industry,” laughed Quade, who explained that while Monks in Abbeys have historically made some great beers, there is no reason they couldn’t use some forward-thinking specialty bicycle tools as well.

He might want to test that theory in person with the monks who make La Chouffe, in the town of Houffalize, along the Liege-Bastogne-Liege route.