Groovy Cycleworks...funky fun rolled out in a two wheeled creation just for you! 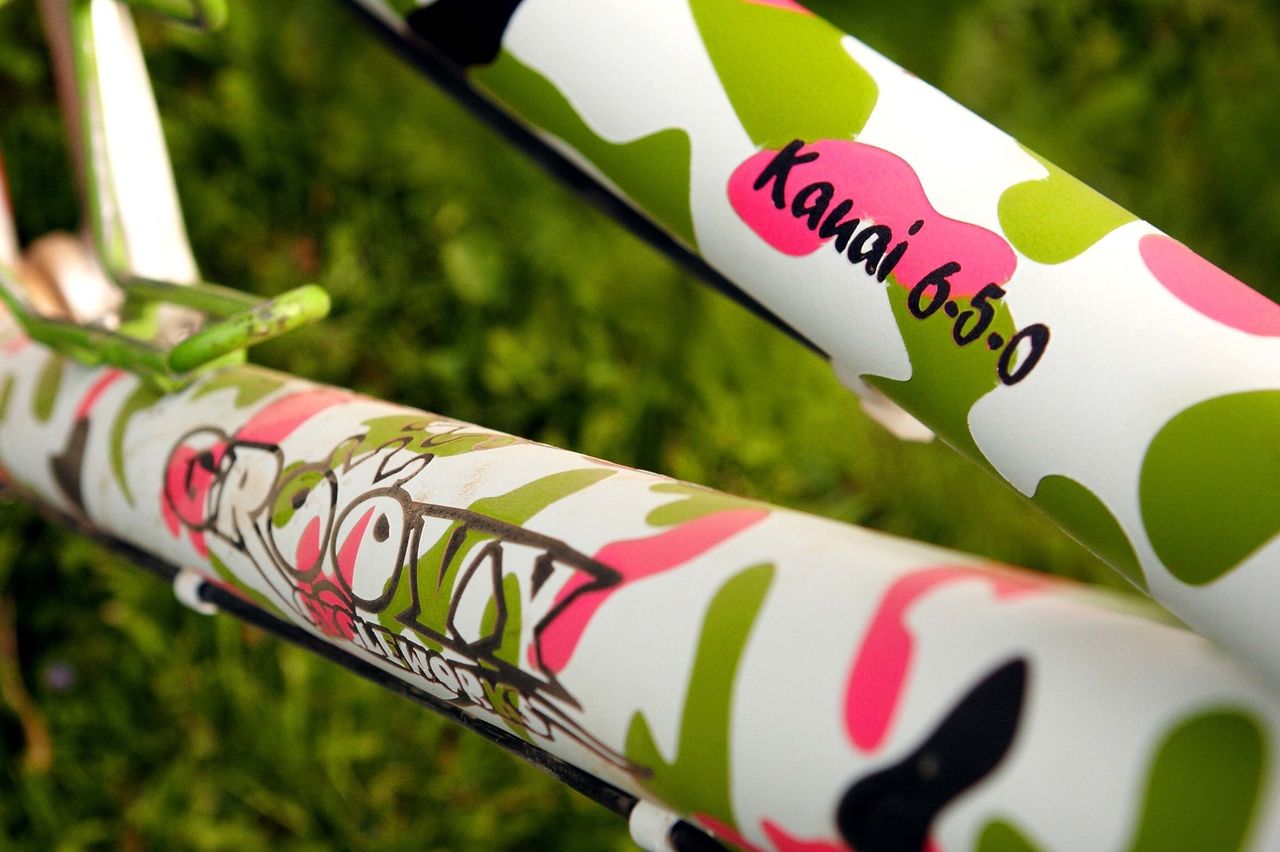 Rody Walter of Groovy Cycleworks goes all in with the hippie, counterculture theme of his bike brand. His trade show displays feature images of VW camper vans, and peace symbols abound. Any Groovy Cycleworks bike is guaranteed to have a paint job that can be described as psychedelic. And Walter himself is likely to greet you wearing Birkenstocks.

But Walter himself doesn’t get lost in the counterculture fog of dreamy idealism. His feet are planted firmly on the ground, and his realism extends to his relationship, as a one man operation in the northern Ohio town of Wooster, with the large bicycle brands. The Man, if you will.

“I think the most exciting aspect of the bicycle industry right now lies in the cooperative effort between the large manufacturer and the hand built niche. Now, more than ever, there are a group of experienced builders that can fabricate a bicycle that is focused on a customer’s physical, performance and aesthetic needs. Large manufacturers have embraced the small builder and made the latest technical equipment available at competitive price points so that a complete bike can be built without compromises. In the end, this cooperative effort benefits the bespoke customer, enriching an already valued relationship between customer, builder, and large manufacturer”, says Walter.

The cooperative relationship Walter sees between large companies and small builders doesn’t mean that he’s “sold out”, however. For Walter, building bicycles is a holistic process that involves the vision and labor of the builder from fit to finish, and it doesn’t permit the bicycle to leave the care of its creator along its path to finished product.

“The challenge and creativity allowed as a one person shop has helped define my process, allowing me to focus on creating as much of the finished product as possible. For most builds, that means not only a frame, but custom accessories as well; fork, seatpost, cranks, bar/stem combo. All paint is done in house, so I can really bring out the personality of the customer. This allows me to control the entirety of the final product, creating unique, holistic designs.”

Walter got his start in the early 1990s after a quest to design a new tandem for himself and his wife Christi took him over the state line to Grove Innovations in Centre Hall, Pennsylvania. While working with Bill Grove on the tandem project, Walter became increasingly intrigued with the frame building process, and began to pester Grove with requests for an unpaid internship. Finally, Grove relented, with the admonishment that Walter work hard and keep his mouth shut.

“I’m willing to put the work in…but I can’t guarantee the second,” said Rody Walter with a sheepish grin. 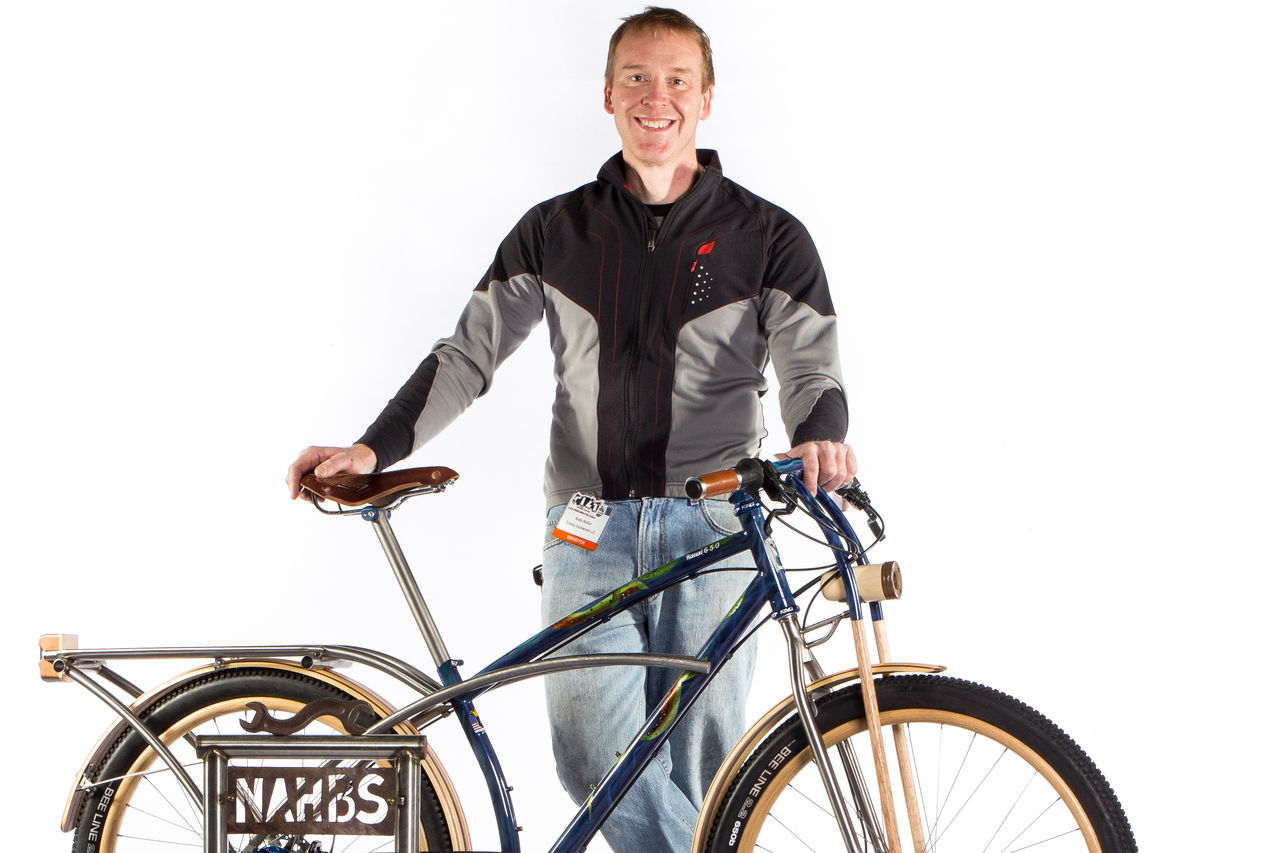 Two years of hard work and with a steep learning curve behind him, Walter opened up Groovy Cycleworks in his hometown of Wooster in 1994. His reputation for high quality and unique designs has garnered him praise and awards. He won the Best of Show award at the 2015 North American Handmade Bicycle Show (NAHBS) in Louisville, Kentucky.

These plaudits have also produced a sizeable list of customers. So long, in fact, that Walter is not currently accepting new orders. It’s the classic small builder’s catch-22: compromise creative integrity and the wait time will decrease along with demand; maintain your quality standards, and demand - and the wait for a new bike - increase together.

Walter is unwilling to compromise his standards, but again with the realistic and mature realization that nobody is perfect.

“Mastery is never achieved, but one must strive to move closer to it with each build,” Walter claims. 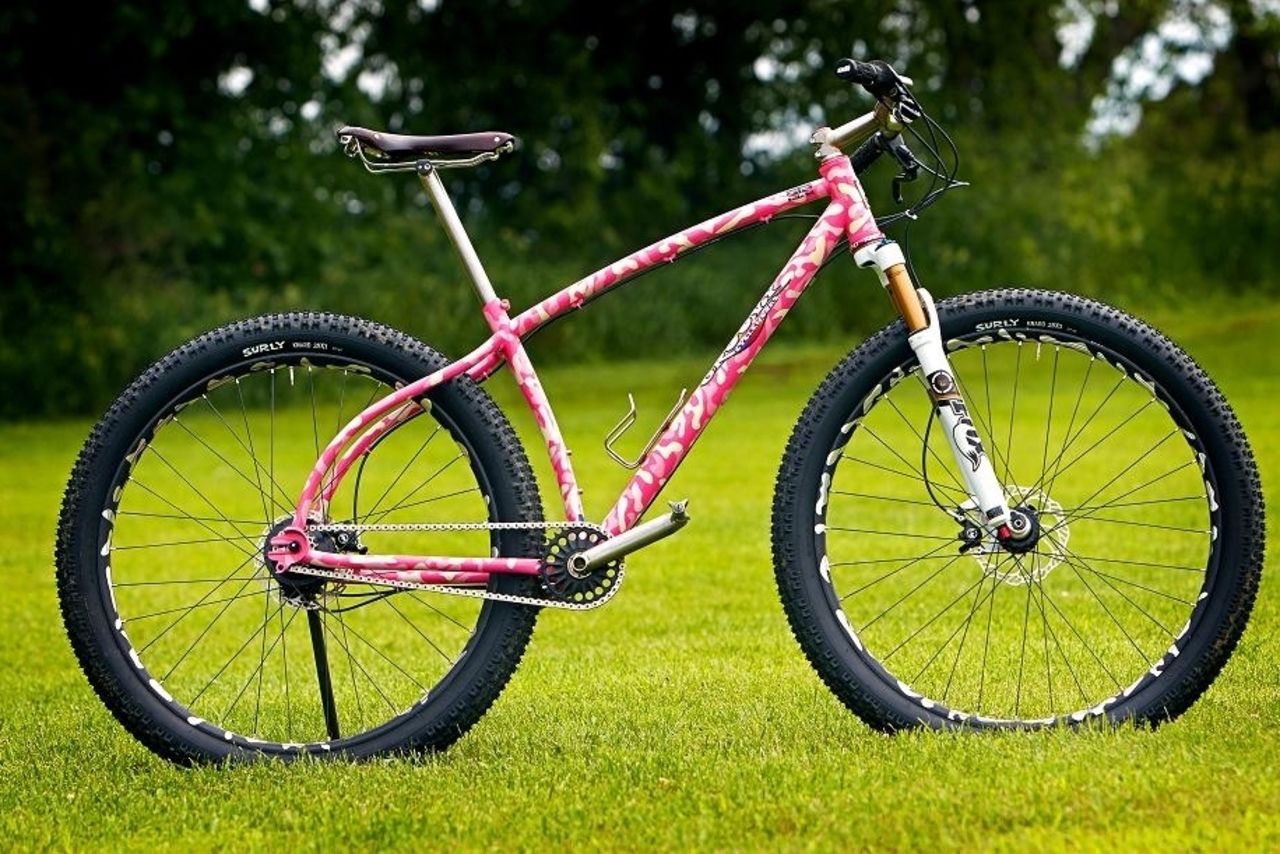 If it's from Groovy Cycleworks, it's bound to have funky paint!

Whatever new heights his pursuit of perfection will bring him to, one gets the sense that Walter will never let frame building become a chore, nor will he let himself go through the motions of fabrication, as a machine would, without devoting his creativity and soul to the fruits of his labor.

As two other hippies turned ice cream magnates (that would be Ben and Jerry) once queried in a corporate slogan, If it’s not fun, why do it? Rody Walter clearly follows this groove.