Olivetti Bicycles: off the beaten path

From his workshop in the mountains just west of Boulder, Colo. Peter Olivetti builds bikes suited to the rugged terrain and gravel paths that surround him.

Olivetti might sound like a builder out of cycling-mad Italy, but as it happens the man behind Olivetti Bicycles, Peter Olivetti, is based in cycling-mad Boulder, Colorado. He works out of a small, rustic-looking workshop located right up on the front range of the Rockies, and about a third of the way up the infamous Linden Rd.climb, a popular route among Boulder’s many cyclists.

After completing a course at the United Bicycle Institute, Olivetti built on his learned skill and set up Olivetti Bicycles two years ago, in 2016. His workshop is usually open to passing cyclists who might be interested, appointment not needed. "If the light is on, I am working so feel free to drop in," he says.

Olivetti builds many bikes for the rugged terrain surrounding his home, and so it’s no surprise that he builds many go-anywhere, multi-surface adventure bikes. One frame he displayed at his booth in Hartford was for an orange endurance gravel bike made of Columbus Spirit and Zona tubing.

The bike is named Dirt Kan, after its intended use: the customer wanted something special for the famous Dirty Kanza gravel grinder race. 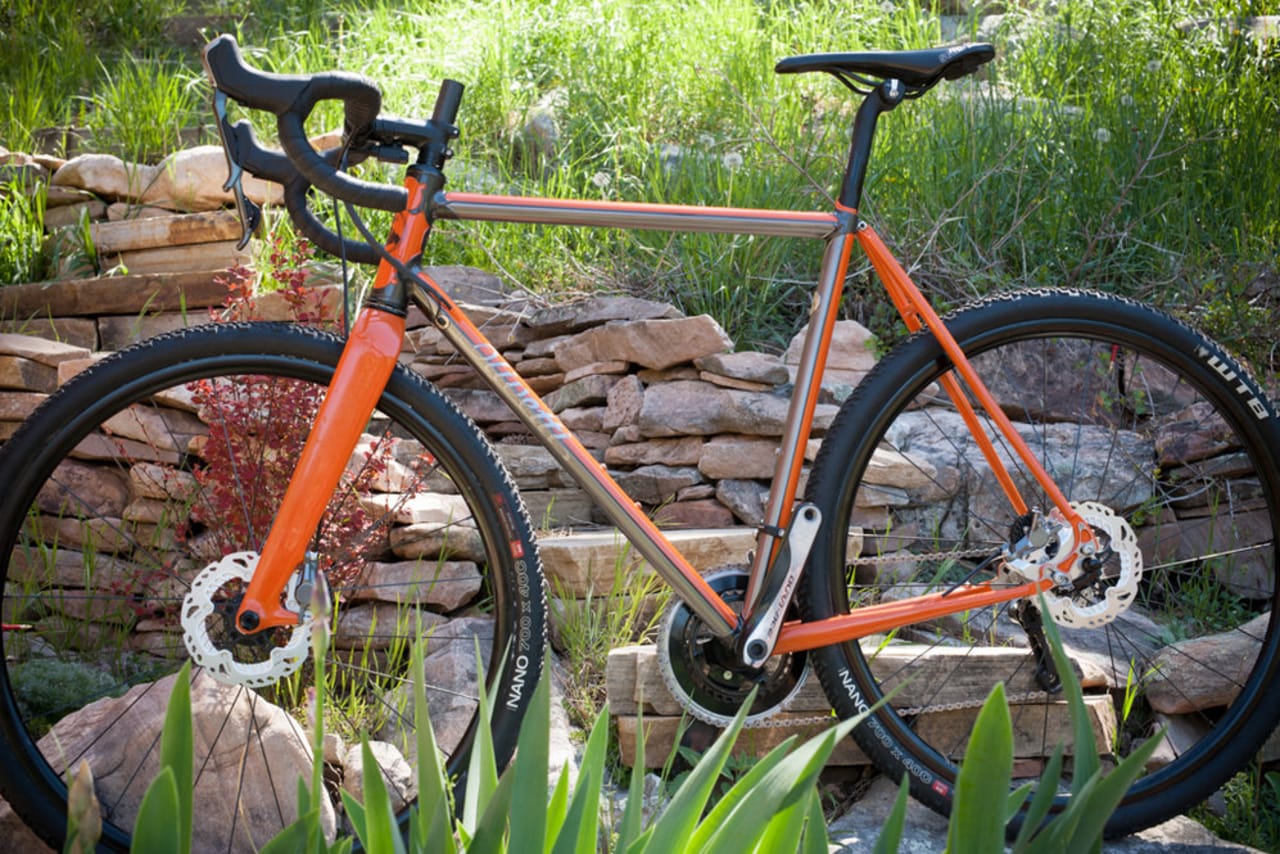 The frameset Olivetti brought with him to NAHBS was built up as a bike for the Dirty Kanza gravel grinder. Photo: Olivetti Bicycles

Inspired by the timeless beauty of vintage Nervex lugs, Olivetti wanted to apply a similar look in the setting of his own design and construction principles, while employing the scope of contemporary parts and materials. As anybody perusing the social media during NAHBS will attest, the result attracted a lot of attention from people with cameras in the show hall. Due tribute is paid to the pointed peninsulas and rounded coves of the vintage Nervex lugs, yet those he fabricated for the Dirt Kan are a hundred percent handmade custom, made to accommodate the oversized tubes. The eyes are quickly drawn to the oversized head tube, which with its ornate lug filing is striking in its mix of the traditional and the new. 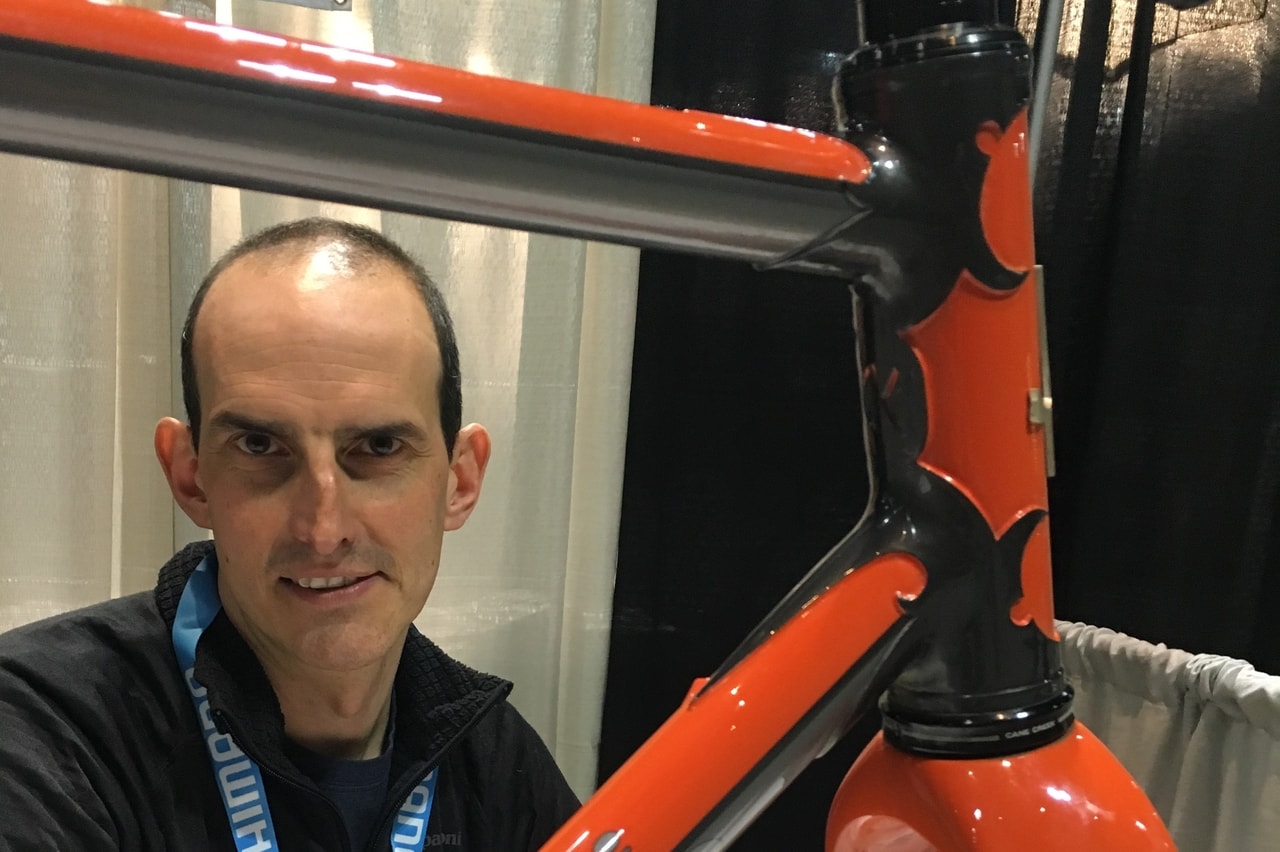 The head behind the head tube: framebuilder Peter Olivetti

“The head tube is a modern take on a classic design head tube,” said Olivetti.“It’s a bit of an homage to Nervex, only with a modern tapered internal headset.” Another obvious modern touch on the bike is a 3T carbon fork, which combined with the wide head tube sets the bike up as having a sure-footed and predictable steering response in bumpy off-road conditions. We've not ridden it, but it certainly looks the part. The seat lug and bottom bracket are heavily modifed Sax Max pieces.

Olivetti offers three levels of frame customization: stock sizing, full custom, and novel concepts with no existing blueprint. The Dirt Kan originally fell into the latter category, but "that model turned out so well and was different enough from my regular gravel bike that I turned it into a regular model," he explains.

Another bike he displayed at NAHBS was a Plus Adventure bike he calls “Thunder Pig", a single speed adventure bike made from 4130 straight gauge steel tubing. This will be included in a review of adventure bikes soon forthcoming on HBG.

This article was updated Februay 19th, 2018 to correct some quotes and clarify some information.