The artistry of Porter Cycles

Brooklyn-based metal artist William Thomas Porter has just launched his framebuilding business, but he's been creating many types of metalcraft from a young age.

Brooklyn-based William Thomas Porter refers to himself as an “artist”, not a framebuilder. He’s not being pretentious, and it’s a true fact: Porter came to the world of framebuilding as an experienced metal artist. Framebuilding is only one arrow in his quiver of talents, as he also produces metal sculpture, furniture, prototypes and architectural projects.

As for any artist, passion for his craft sustains Porter, and he clearly loves what he does every day in his small Brooklyn workshop. He writes of his gratitude for the chance to ply his trade at his Facebook page, “I am grateful that I get to do what I love daily. I am alive. I own my own business. I live and work in New York City, the place I always loved the most. I get to share my life with amazing people who inspire and enrich this existence.”

After taking a metalworking course at MassArt in Boston when he was 16, Porter instantly fell in love with the discipline. He writes at his website, “The first time I torch welded two steel pieces into one I felt like a master of the universe, playing with molecules and working this seemingly rigid and cold material into new shapes. I've spent the last 20+ years digging deeper into the lessons metal teaches when you choose to work it.”

Porter says he’s always loved bikes, but it wasn’t until 2010 that he combined his two passions of metalcraft and bicycles to produce a frameset. Eight years later, he’s just now launched his framebuilding venture as a viable business, but if the bicycles that he brought with him to NAHBS 2018 are any indication of what he’s capable of producing, the young man has a bright future ahead of him.

Steel is the metal of choice for this craftsman, specifically Columbus tubesets, and Porter says he’s built bikes of many different varieties: track, road, trail/adventure, cargo, and more. He brazes lugged tubes together for some frames, and TIG welds others. 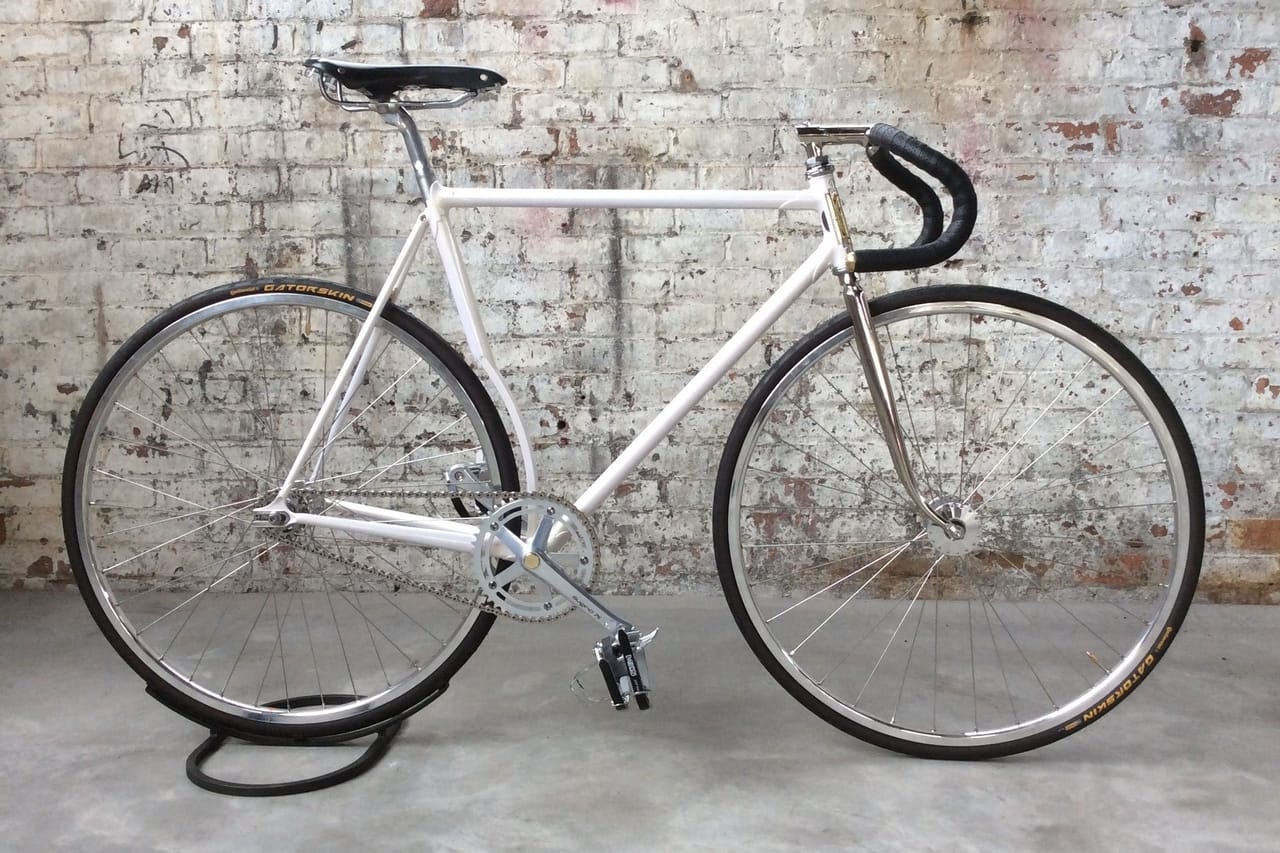 "Pearl", the frameset Porter displayed at NAHBS, was originally built up as a complete bike for the 2017 New England Builder's Ball.    All photos courtesy Porter Cycles

An example of his artistry is the retro-inspired track frameset he brought to Hartford. Constructed of Columbus Zona tubing, the frame he named “Pearl” has custom fabricated lugs and a unique bowed seat tube that Porter says gives the bike a 1930s “Art Deco aesthetic.” It also has a custom seatstay bridge, and a metal head badge that is in itself a work of art. 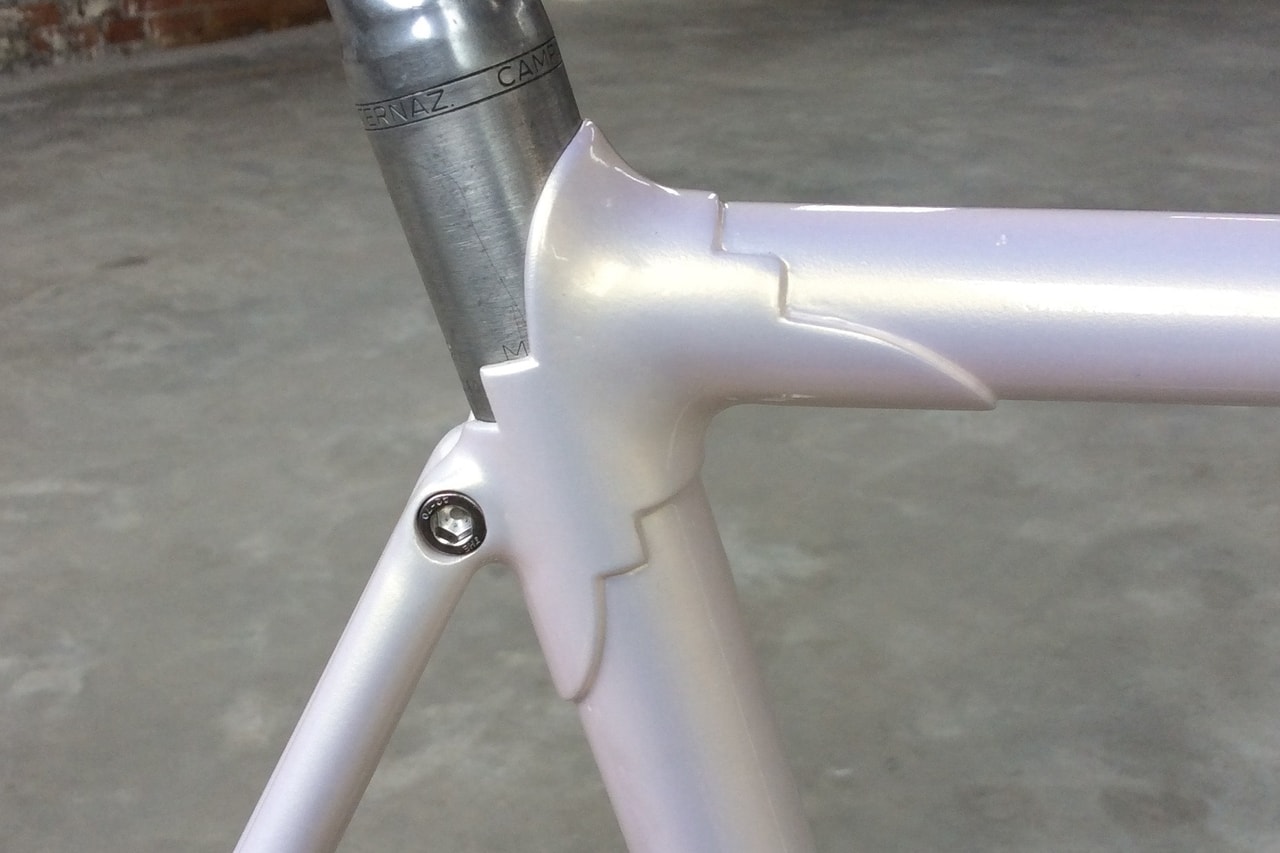 Beautiful lugs on the Pearl frameset were custom crafted by Porter himself from 4130 cro-moly steel.

Porter originally built the frameset up with Sugino 75 cranks, Phil Wood hubs, Velo Orange rims, Brooks saddle and handlebar wrap, a Campagnolo seat post, and MKS Urban pedals, in anticipation of exhibiting it at the 2017 New England Builder’s Ball in Boston. When that chance to debut his craftsmanship failed to materialize, Porter stripped the parts and brought the bare frame to Hartford, where it turned many heads. 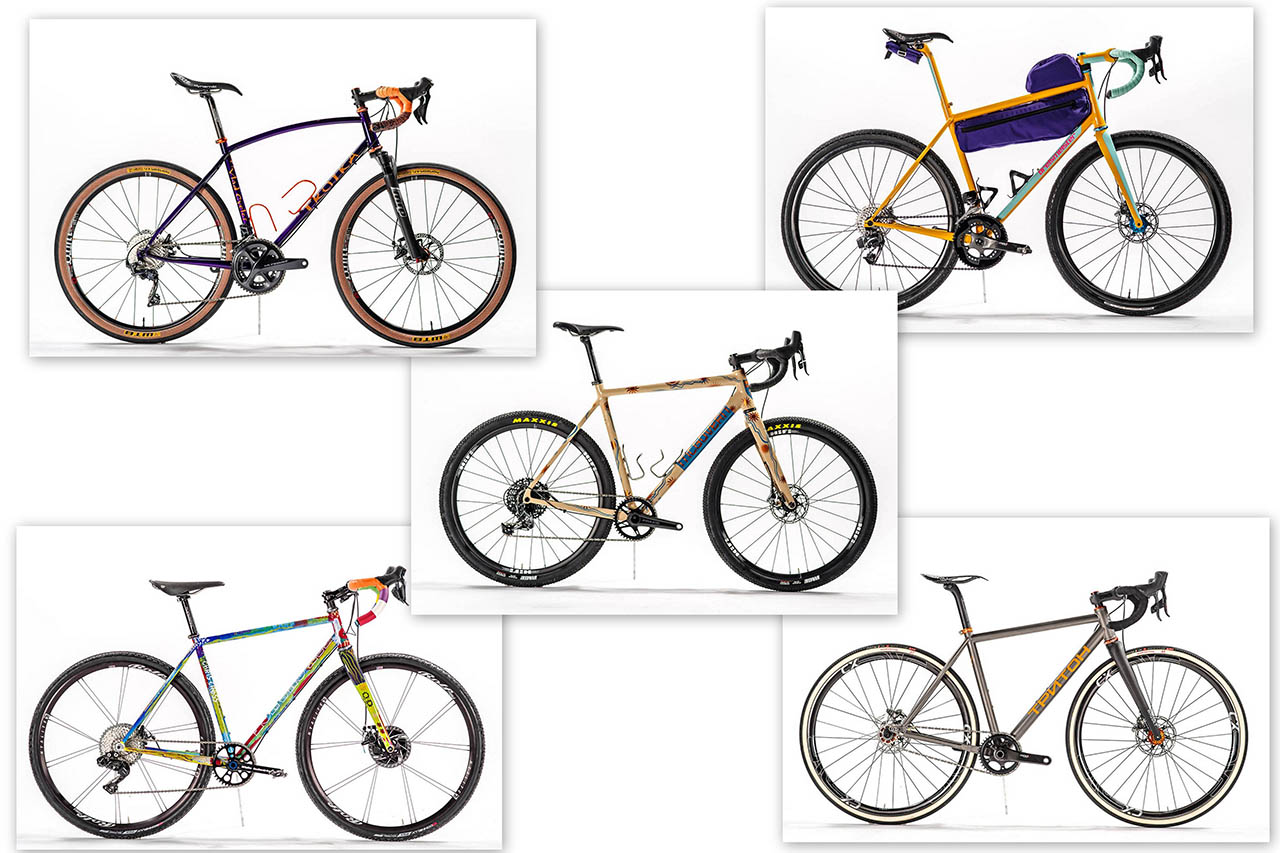 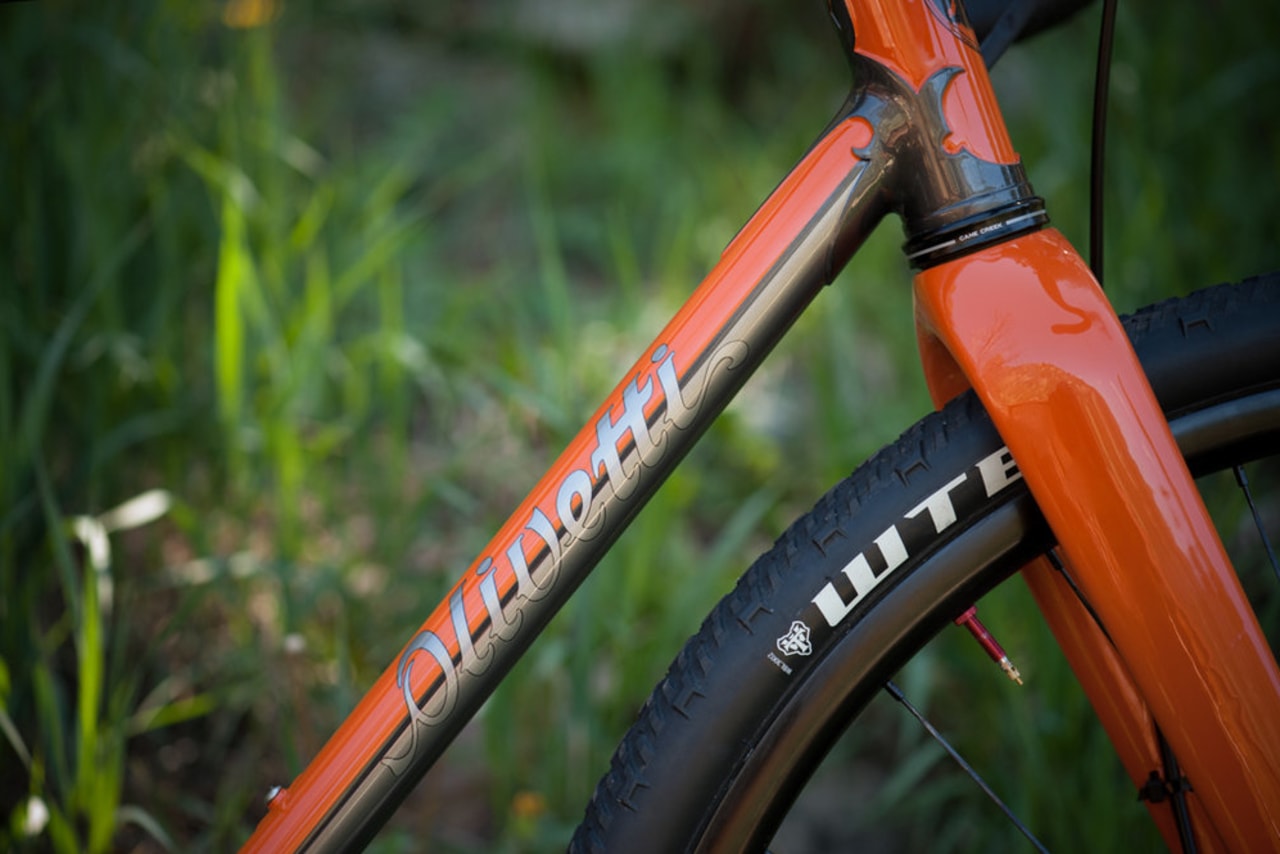 Olivetti Bicycles: off the beaten path 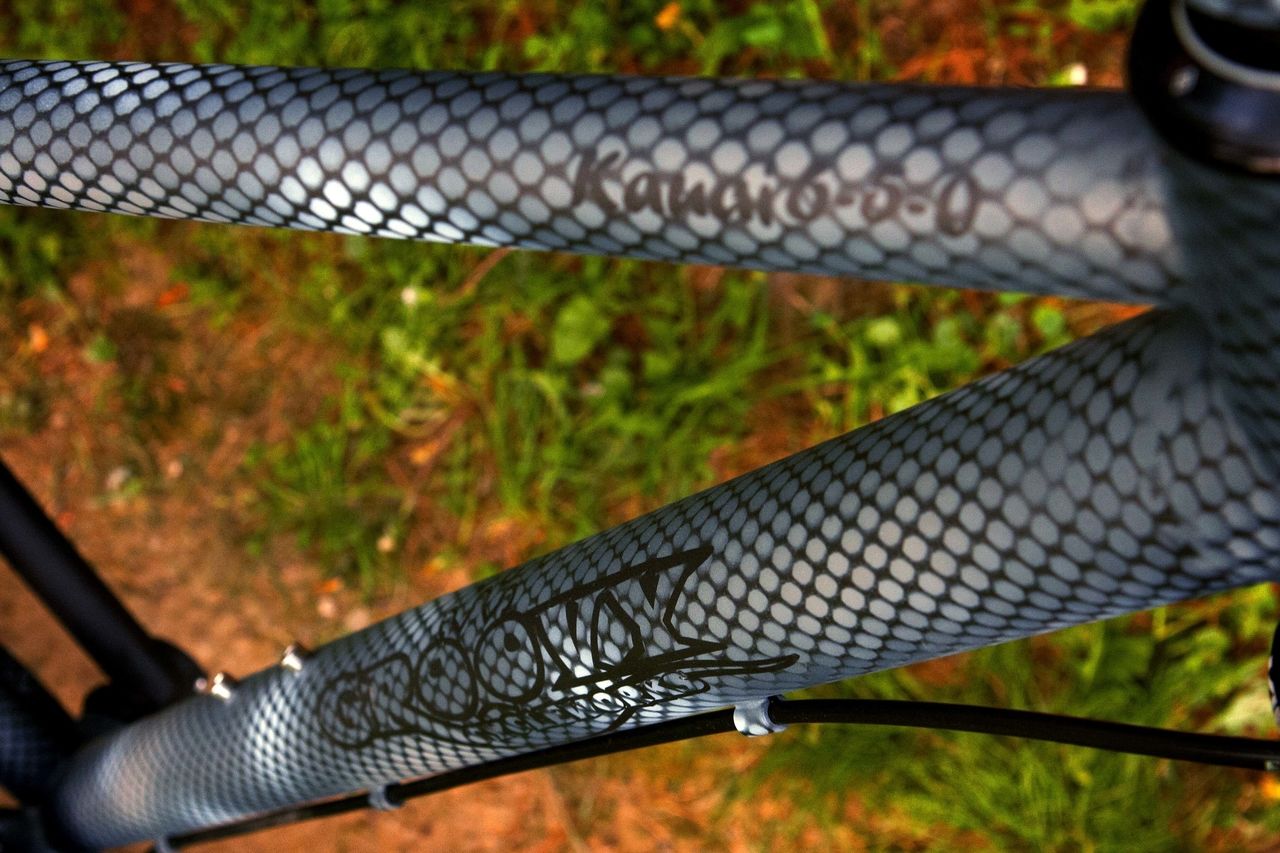