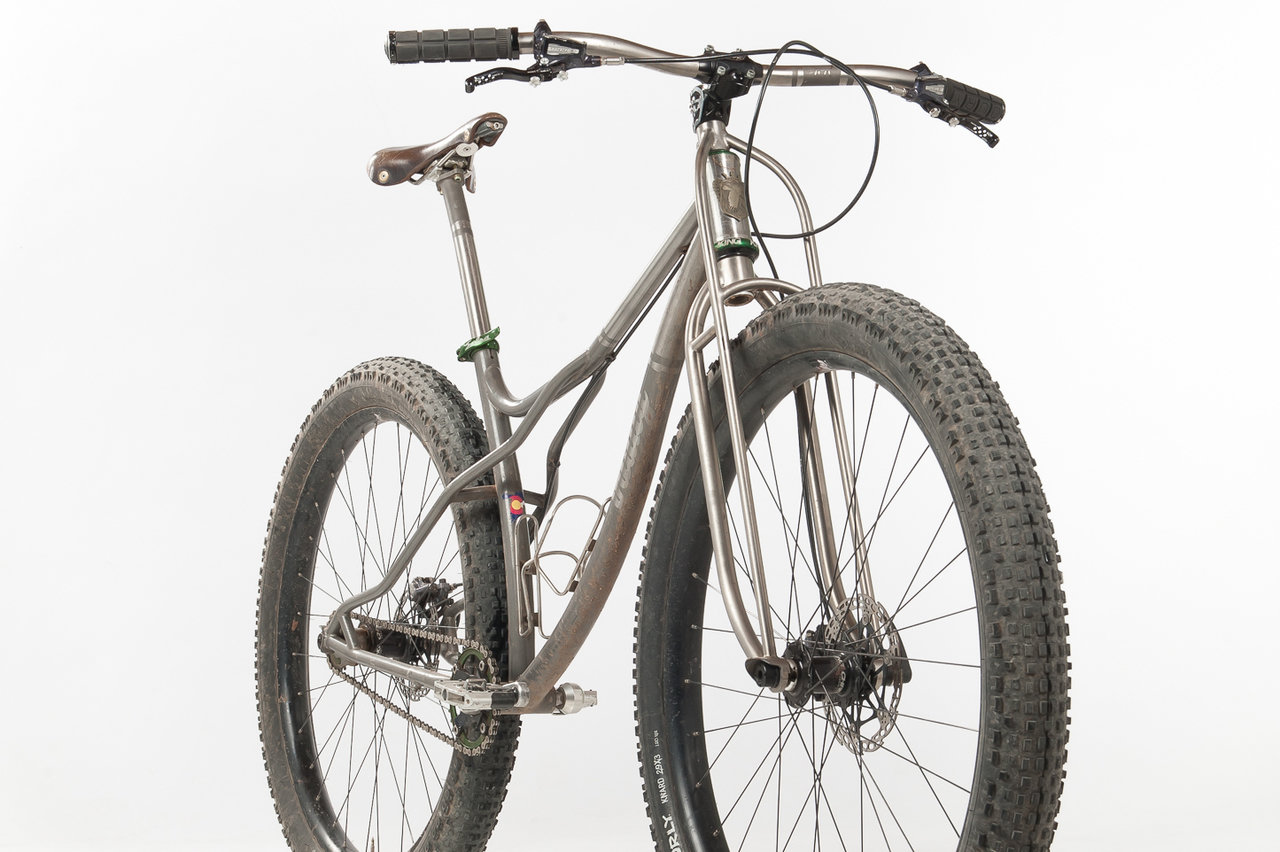 Sean Burns runs Oddity Cycles from Ft. Collins, Colorado. He's an architect turned bike designer and builder, so aesthetics are never far from his mind. But neither are fun and enjoyment, the key characteristics he values in bicycles.

His bikes have a distinctly tight rear end, which he calls ‘tucked’. “It makes the bike more fun to ride, the front wheel comes off the ground a lot easier which gives a more playful feel to rides. For me the bike is for fun and enjoyment, rather than a tool for exercise.” 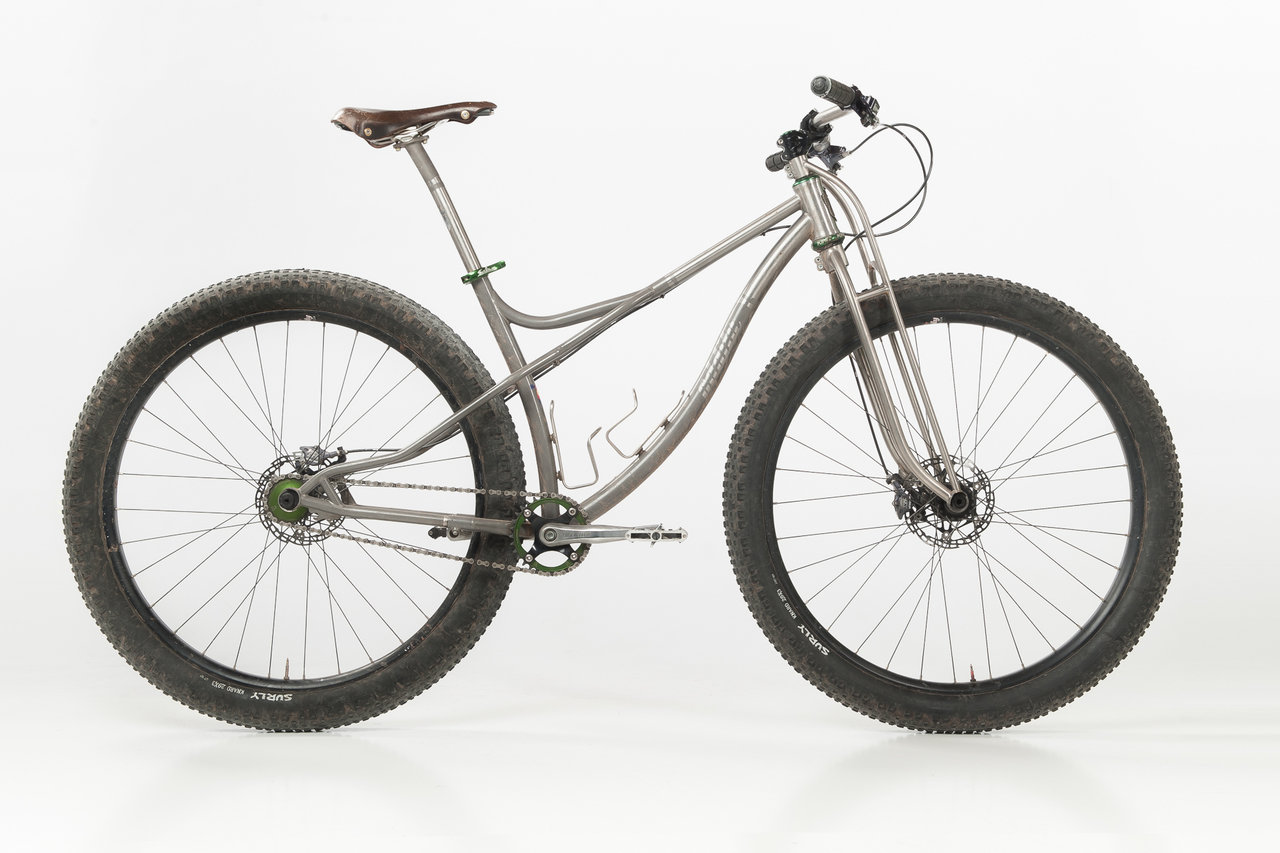 Burns came up through the singlespeed-rigid school of cycling, and as anybody who has ridden a rigid fork offroad knows, a bike without suspension forks benefits greatly from a light front end.

In a booth packed with bike riches, the most dazzling one was made for Paul Price of Paul Components.

This has a ti frame, built in Oddity’s Ghost Ship style. The tires are 29x3”, the fork is a Fox 34, with 130mm of travel. The cromoly bar is Oddity’s Razor, which Burns manufactures in his workshop.

The rims are from Surly and the hubs, cranks and headset from White Industries. Everything else is Paul Components.

“I really like Paul’s Set’n’Forget thru axle,” says Burns. “It just makes it quicker and easier to tighten.”