Weis partners with Allite on Super Mag frame for NAHBS 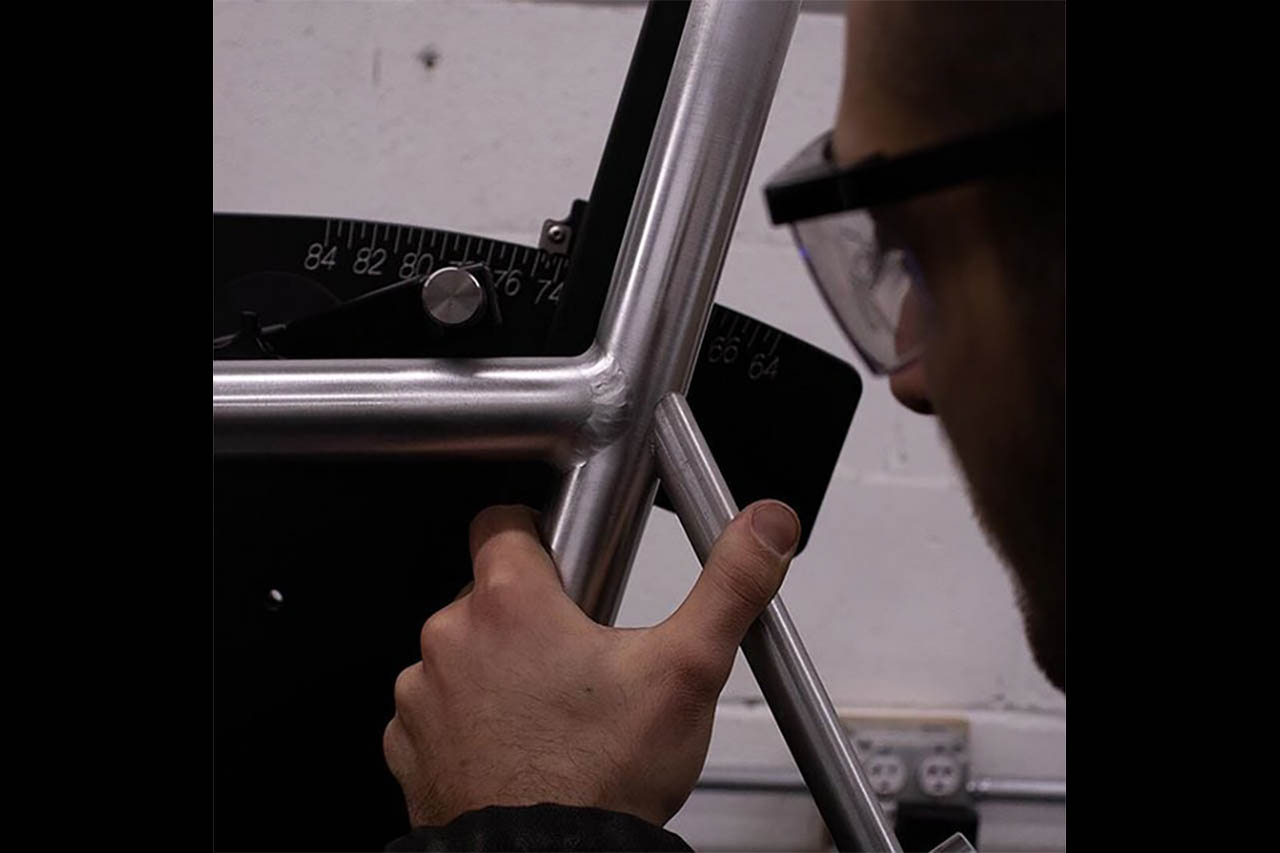 Brooklyn, New York, frame builder Weis has collaborated with Allite to make a frame with the Super Magnesium tubing that was introduced at the 2018 Interbike. Billed as an experimental, or concept, bike, the Super Mag magnesium alloy tubing is built into Weis's Hammer Track frame.

Morten Kristiansen, the vice president for product and marketing at Allite Inc., the company that makes Super Magnesium, said in a press release that after conversations with several independent bicycle manufacturers Allite had decided to work with Weis on a concept bike for NAHBS. One of the reasons for this choice is likely to be Weis's experience building aluminium frames.

One of the reasons this new material is still in the experimental stage is the set of hurdles to be overcome in introducing a new tubing. Lon Kennedy of Nova Cycle Supply, which is among the USA's largest frame tube and parts distributors, explains: "You have to look at the mechanical properties of the tubing itself, but then you have to obtain dropouts, bottom brackets, head tubes, and several other parts needed to assemble a frame that will be metallurgically compatible with a new alloy. There's a lot of additional manufacturing that would be required to make this a marketable frame set. Then of course you have to look at the price and compare that to the existing components that make up a high-end frame. It has to be cost-effective for the frame builders or there's no incentive to take it up."

Kristiansen foresees a gradual introduction of the Super Mag tubing to the market this year, saying in an email, "We have not made a final decision on the bike’s distribution, but given the positive experience Weis has had with the material and manufacturing the frame in Brooklyn we expect to offer the tubes to Weis, and possibly other builders, in 2019."

As to how the bike rides, Cole Bennet of Weis was unavailable for comment at the time of writing, so we cannot say whether or not the SuperMag Hammer Track bike has even been ridden, let alone offer his feedback. This frame is made for the hardscrabble worlds of track racing, alleycats and criteriums, so the qualities of the SuperMag tubing and frame parts will soon be revealed. More on this story will follow once we've caught up with Weis and Allite at the show.

This article was updated on March 14th with the addition of Morten Kristiansen's quote about tubing availability in 2019.