Anna Schwinn's final bike focus for the 2018 Bespoked looks at a webbed road racing bike from the Irish company founded by a former road pro. 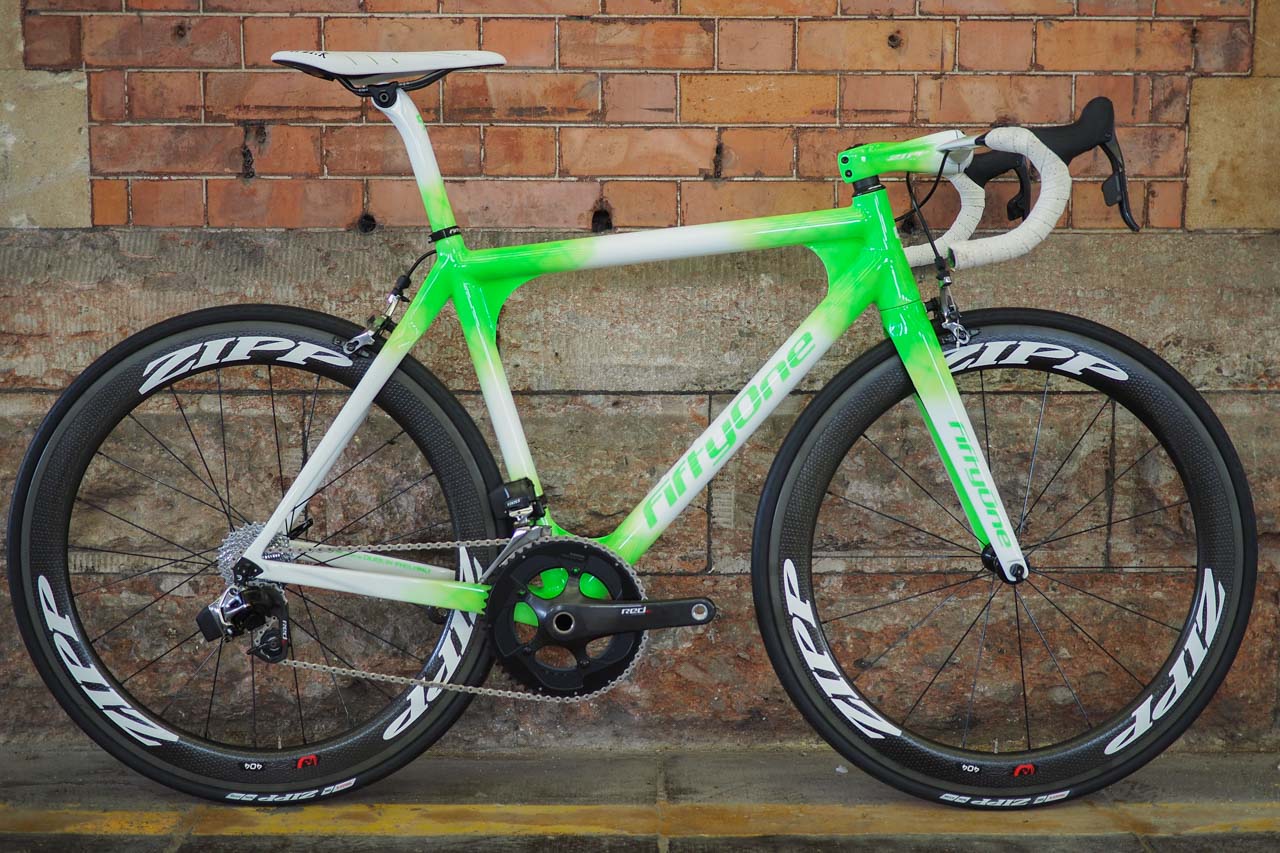 FiftyOne knocked my socks off the first time I saw them at Bespoked in 2016. The carbon brand out of Dublin, Ireland, had a booth teeming with fast carbon road bikes, tailored and performance-tuned to each rider, with hot paint jobs and styling that extended beyond framesets to cockpits and touch points. For fans of fast, custom carbon, FiftyOne is an exciting sight - especially within a room of classic steel. There is a lot of awesome packed into each of these bikes. 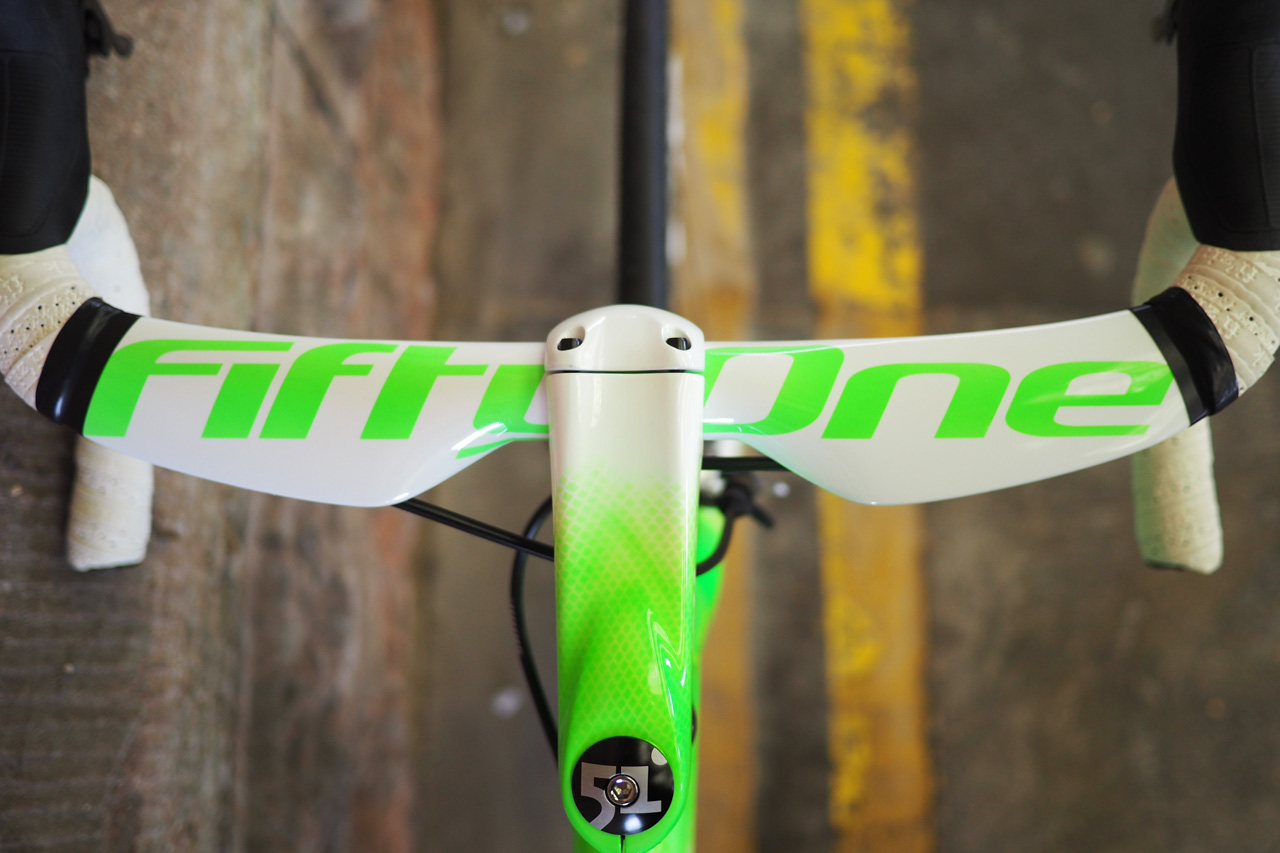 You see the name when you're going fast.

Since the 2016 show, the brand has started flexing its technological and finishing muscle while expanding its impact across the pond to shows such as the North American Handmade Bike Show. This year has been especially exciting with their introduction of their patented plasma ablation treatment, wherein bonding areas are pre-treated with laser to remove excess resin for better adhesion and stronger joints. This process was developed for aerospace and high-level motorsports, but is said to have been first used commercially on bicycles by FiftyOne Bikes. 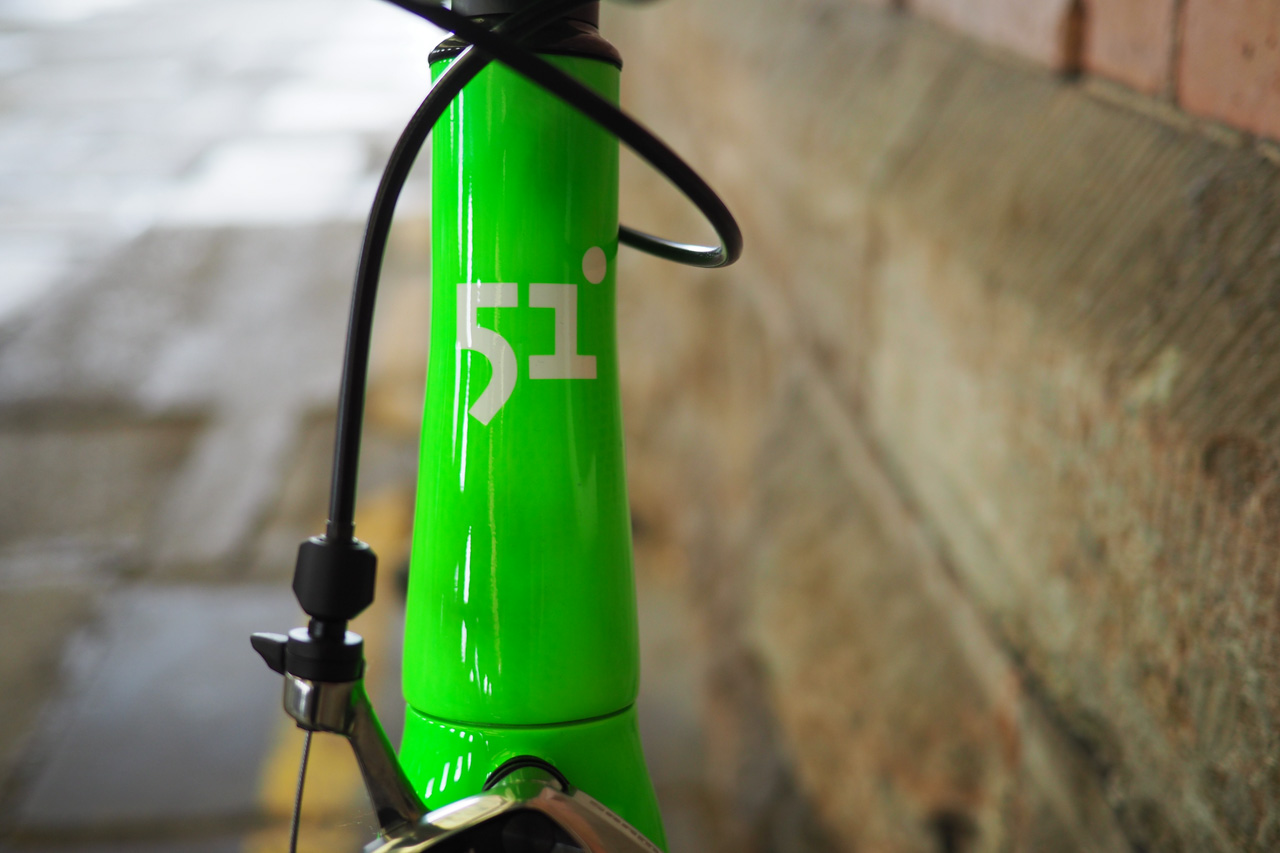 I was interested to see what they would bring to Bespoked this year because their main bike for NAHBS, the gold-leafed, flat-pedalled beauty they built for Conor McGregor, had been such a show stopper. FiftyOne Bikes did not disappoint, the booth was redolent with beautiful bikes, each with distinctive personalities, making it challenging to take it all in one visit. In the middle of the booth stood the Conor McGregor bike, back on loan from the athlete, but also there was this webbed neon green affair off to one side. 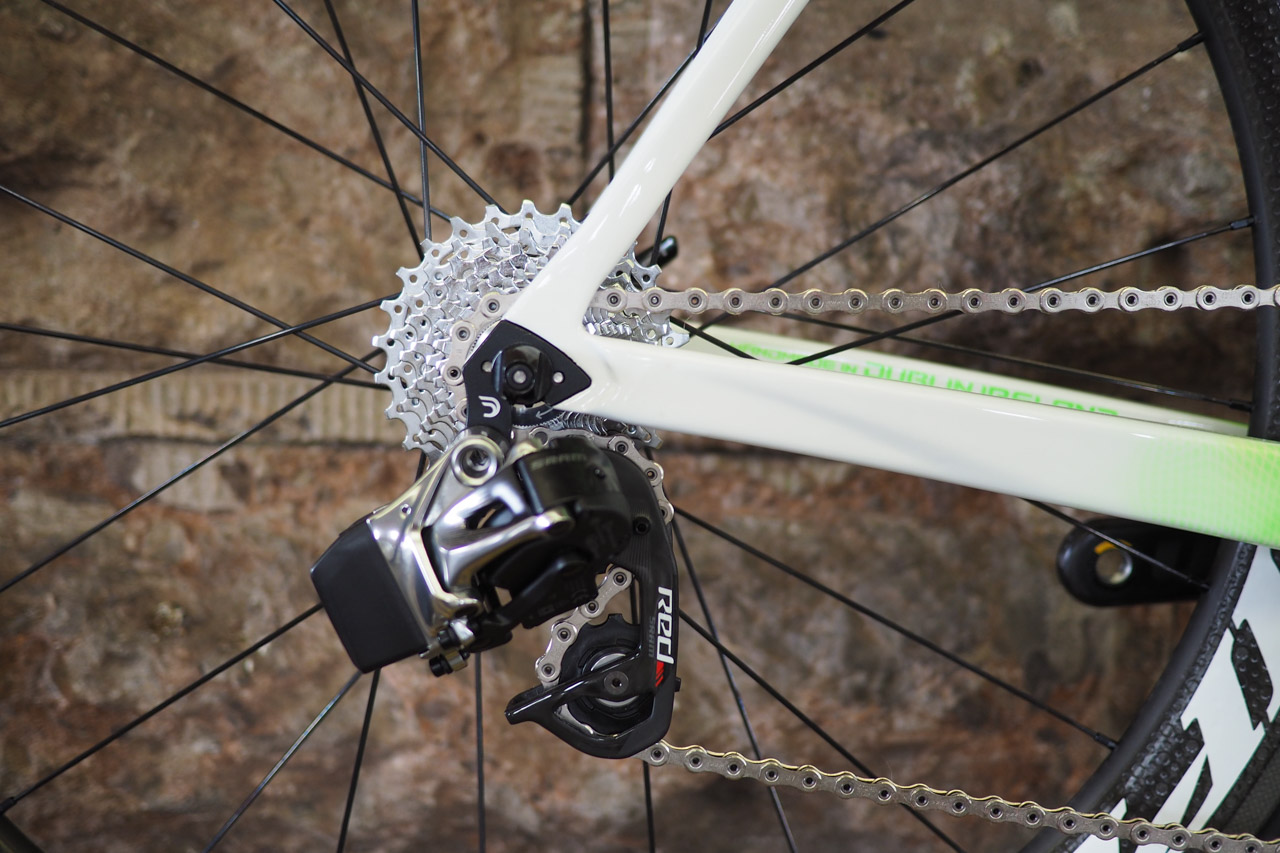 This bike actually predates the Conor McGregor bike and was the impetus for that build. It belongs to McGregor’s coach, a former racer en-route for a come-back. With each FiftyOne Bike, there is a customer story - a part of the brand’s deep custom collaborative process at the start of each build. In this case, the customer was a big fan of reptiles and colorschemes and styles of the late 80’s/early 90’s, which is evident in the hints of scale in the neon green-faded joints. 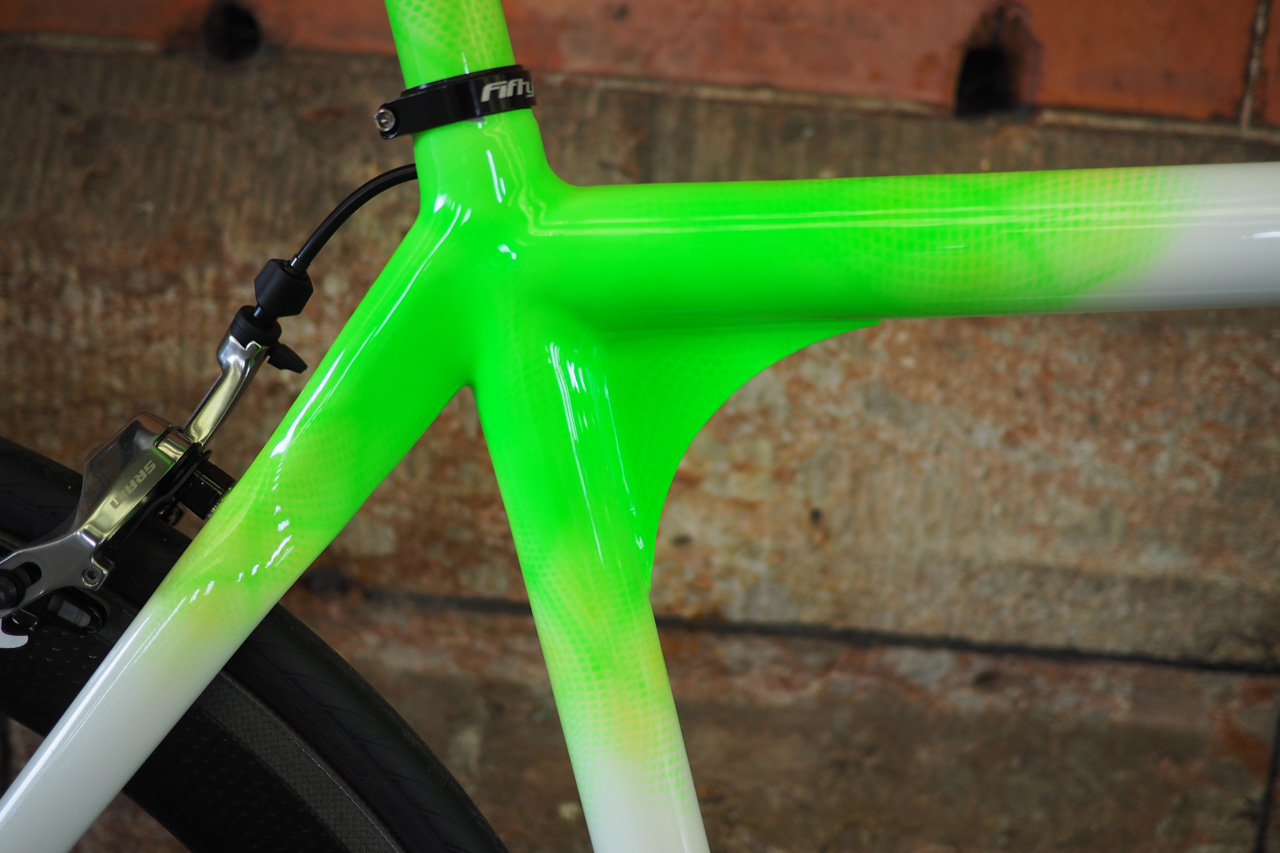 Why webs? Because, according to Aiden Duff, head of the brand, “We told him the frame didn’t need them.” With FiftyOne’s design and layup process being so sophisticated - this bike was one of the early customer frames utilizing the plasma pre-treatment process at the joints - it wasn’t difficult to build the necessary extreme stiffness into this sprinter’s frame without inserting webs at the joints. 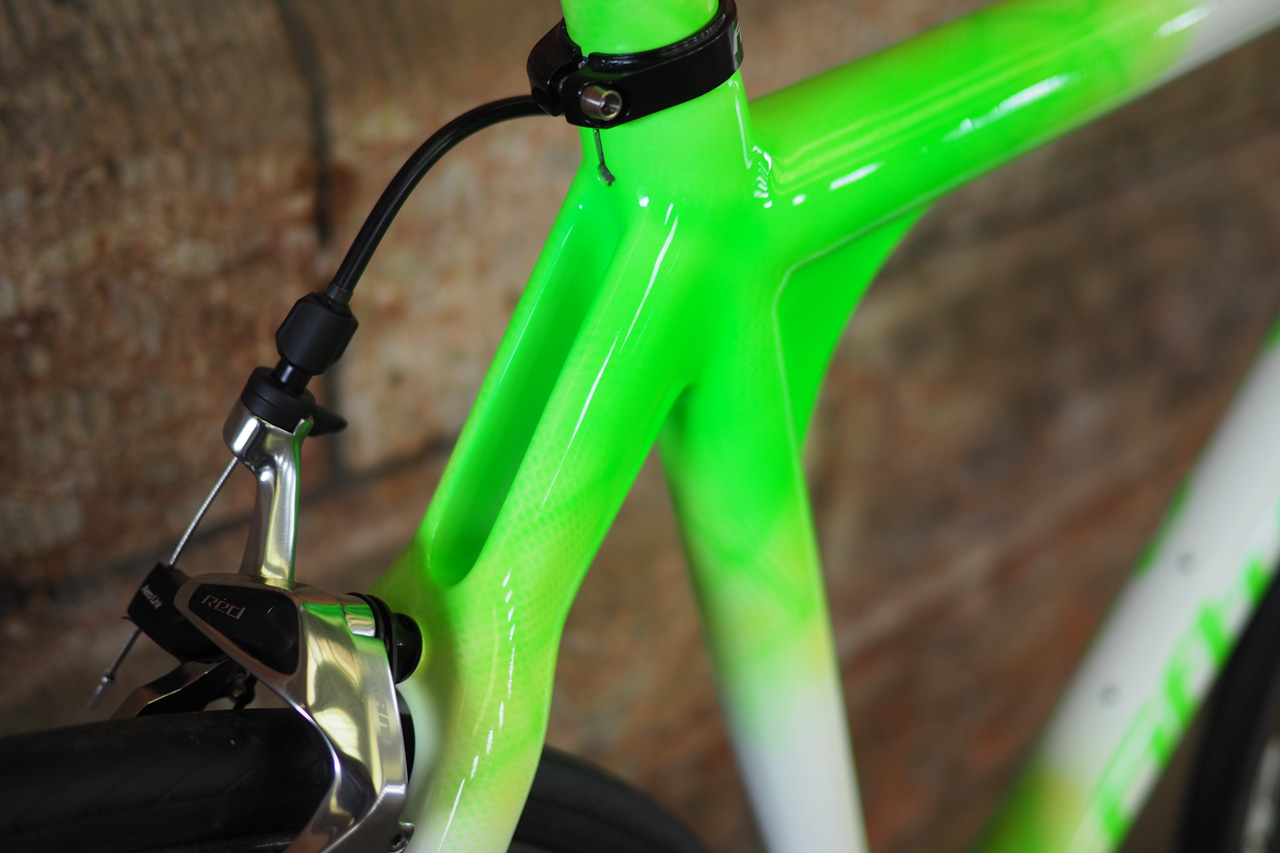 Yet the customer was insistent on having them, and FiftyOne was happy to comply. Whether or not the webs add to the integrity of the frame, they sure make the bike visually stiffer… while not-so-subtly reinforcing the reptilian theme.