Paul Brodie's replica of the Whippet: a working full-suspension bike first made in 1885. 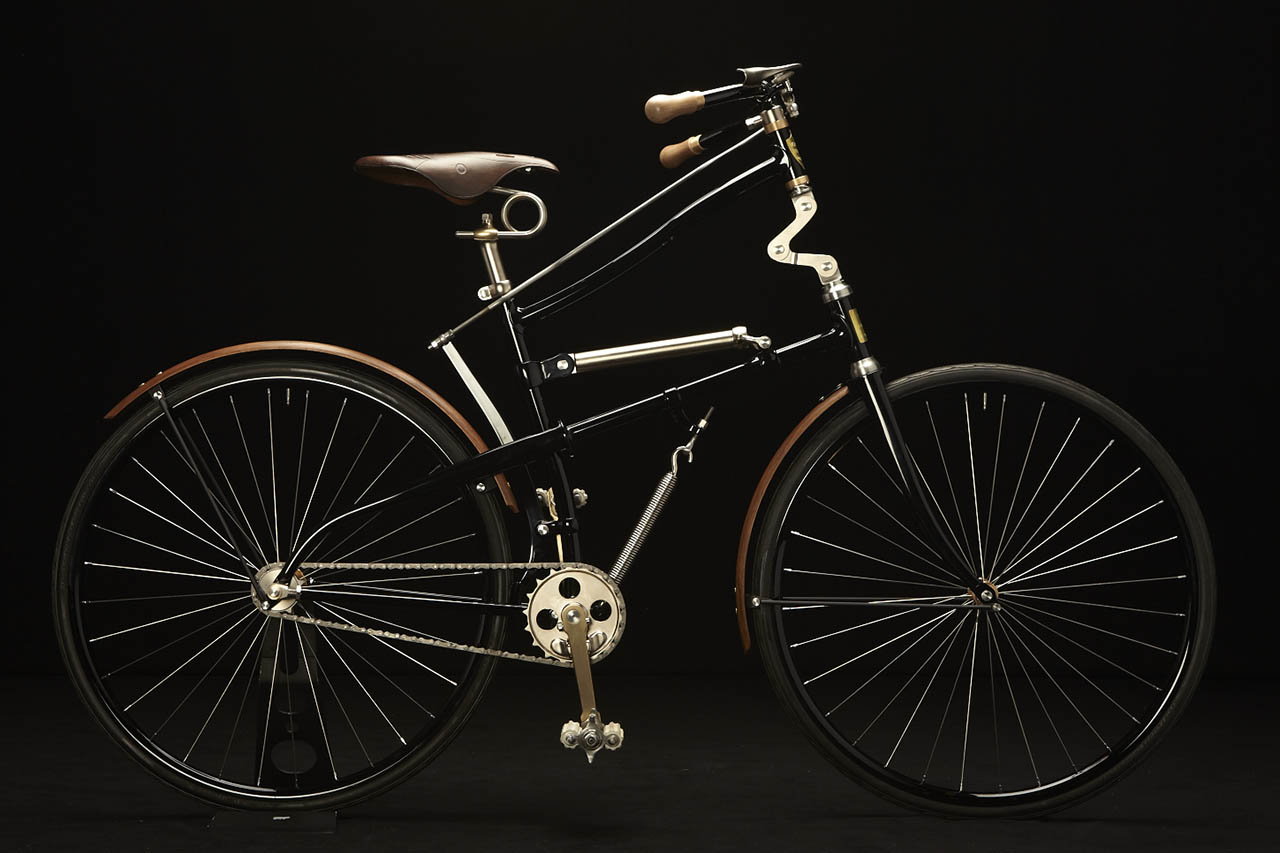 "I was fascinated by the 1888 Whippet full-suspension bicycle. I found a drawing in the book, "Bicycle and Tricycles", first published in 1896. I ended up making a replica and taking it down to NAHBS in 2012, winning the People's Choice Award. It took 5 months of fabrication. 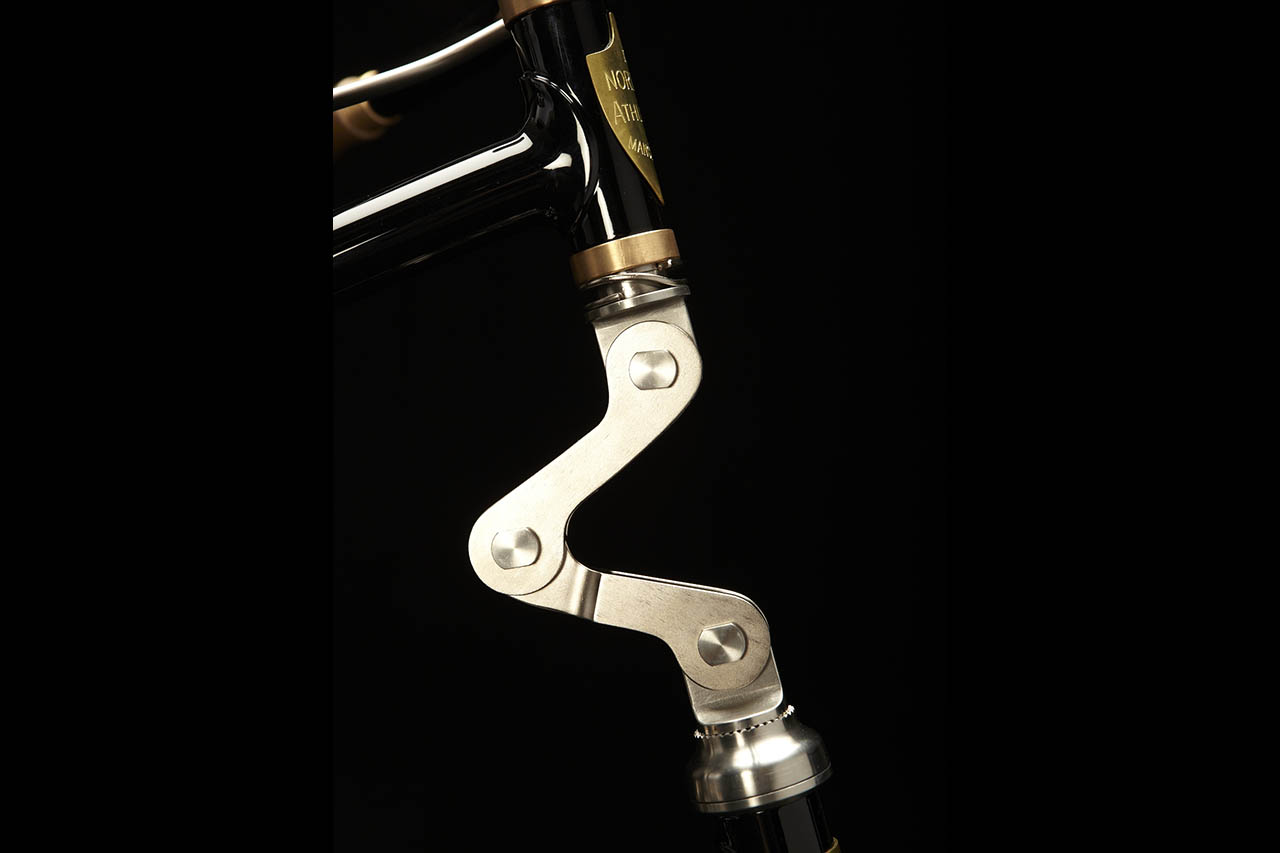 Almost everything on the bike was fabricated by Paul Brodie

"The 1888 Whippet was far ahead of its time. The full-suspension was to absorb the vibrations from the rough roads and the cobblestones. You have to remember that the tires were solid rubber. The Dunlop Pneumatic tire came out in 1888, and the Whippet ceased production shortly after. 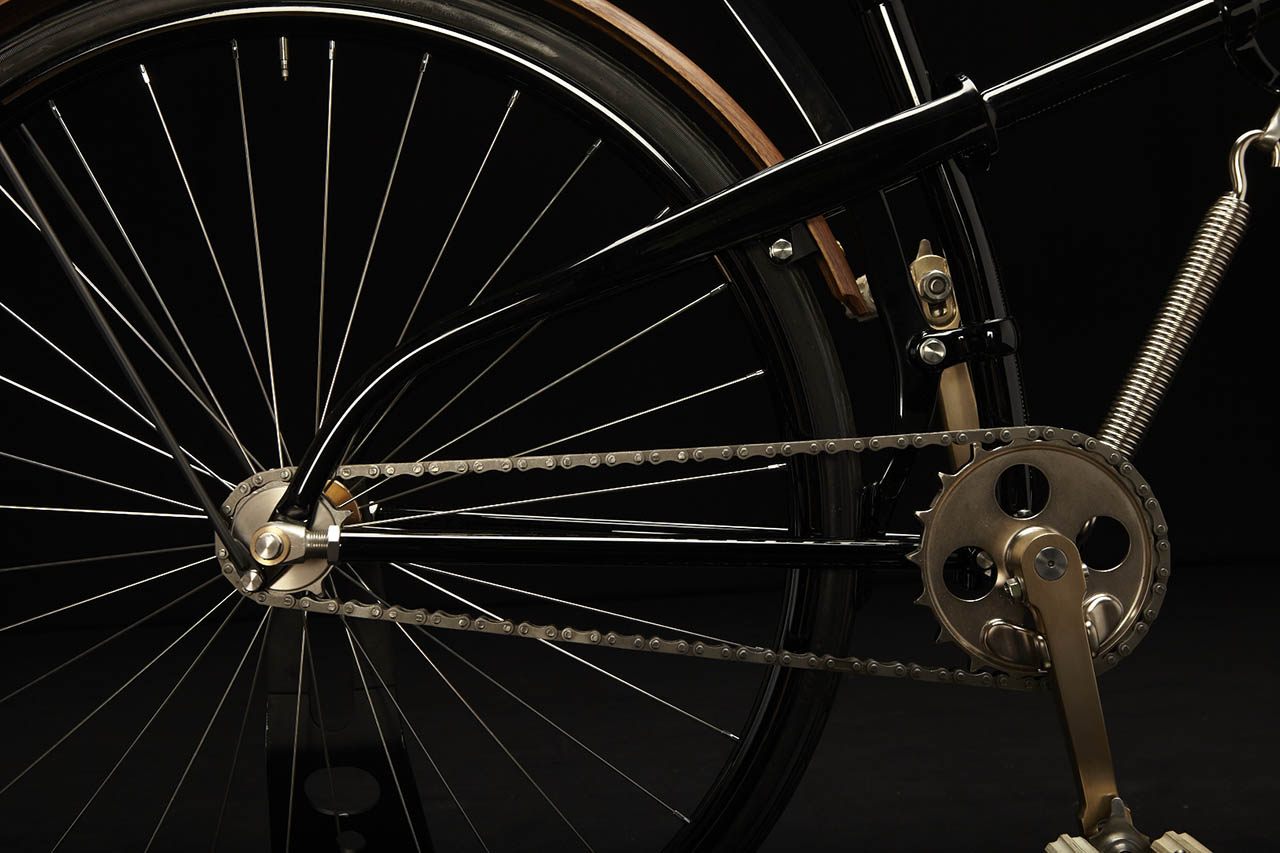 One of the pivot points is at the bottom bracket

"I made a lot of the bike, but the pedals came from the Czech Republic, the seat was custom made in London, England, and the wooden fenders from Cody in Oregon USA. I finally found the block chain in England too. 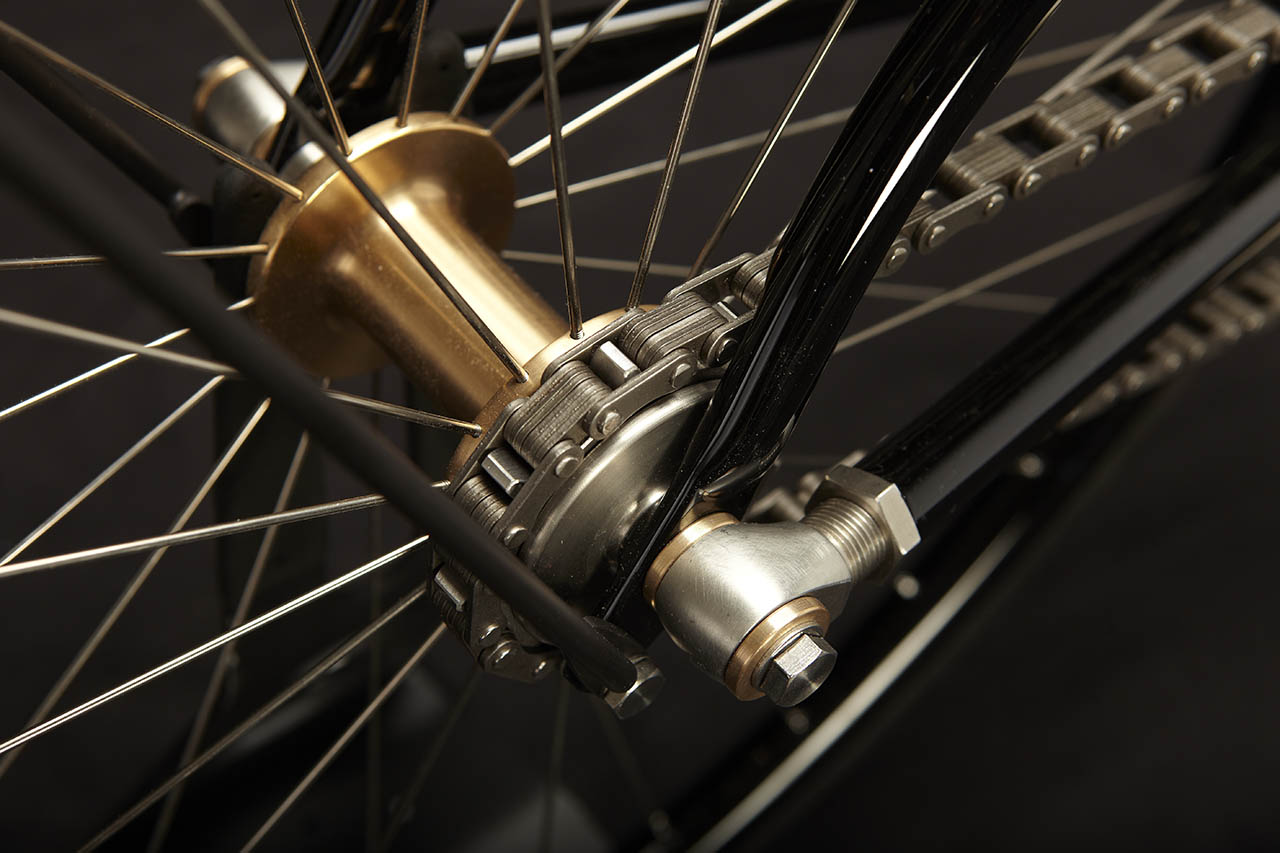 If you thought the term 'block chain' was invented for crypto-currencies... think again

"I teach Framebuilding 101 at the University of the Fraser Valley, and my students all have a project: to build their own frame. I wanted to say that I had a project too. That's how it all began. I photocopied and enlarged the drawing. I was going to build a black Whippet, maybe even add disc brakes, to be cool. Then someone told me the Ottawa Museum of Science and Technology had a Whippet! I contacted them and they sent me a lot of photos. I realized the Whippet was much more elegant and sophisticated than I had ever imagined. I had to do it justice. I knew NAHBS was coming up so I talked to UFV, and it was agreed that I build the bike and UFV would get a booth at the show. The rest is history :) 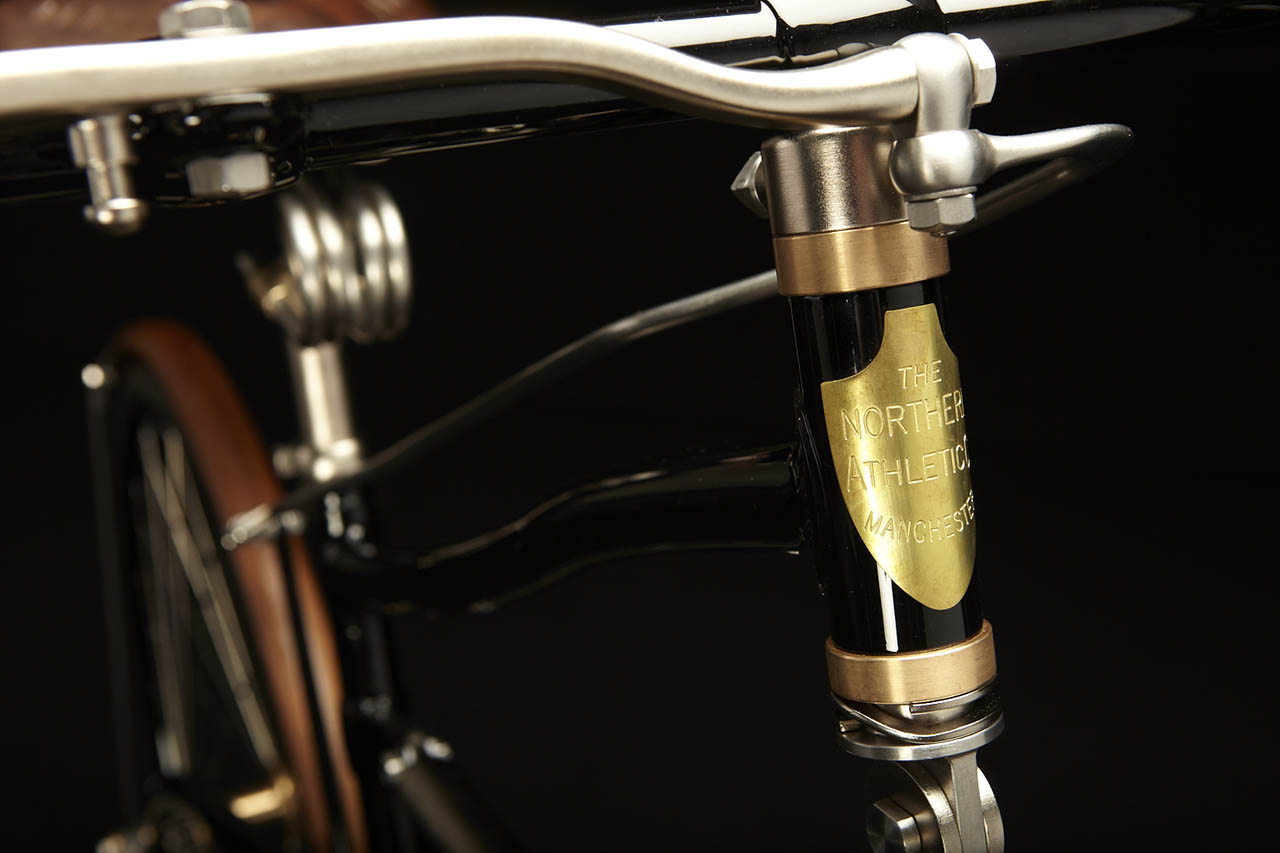 "The Whippet is one of the rarest bicycles in the world. It is believed there are only about a dozen in existence."