Eccentricity can sometimes appear in the most normal of guises, but while British builder Petor Georgallou might be mistaken in San Francisco for the average techster just in need of a beard trim, scratch the surface and you'll see he's anything but. 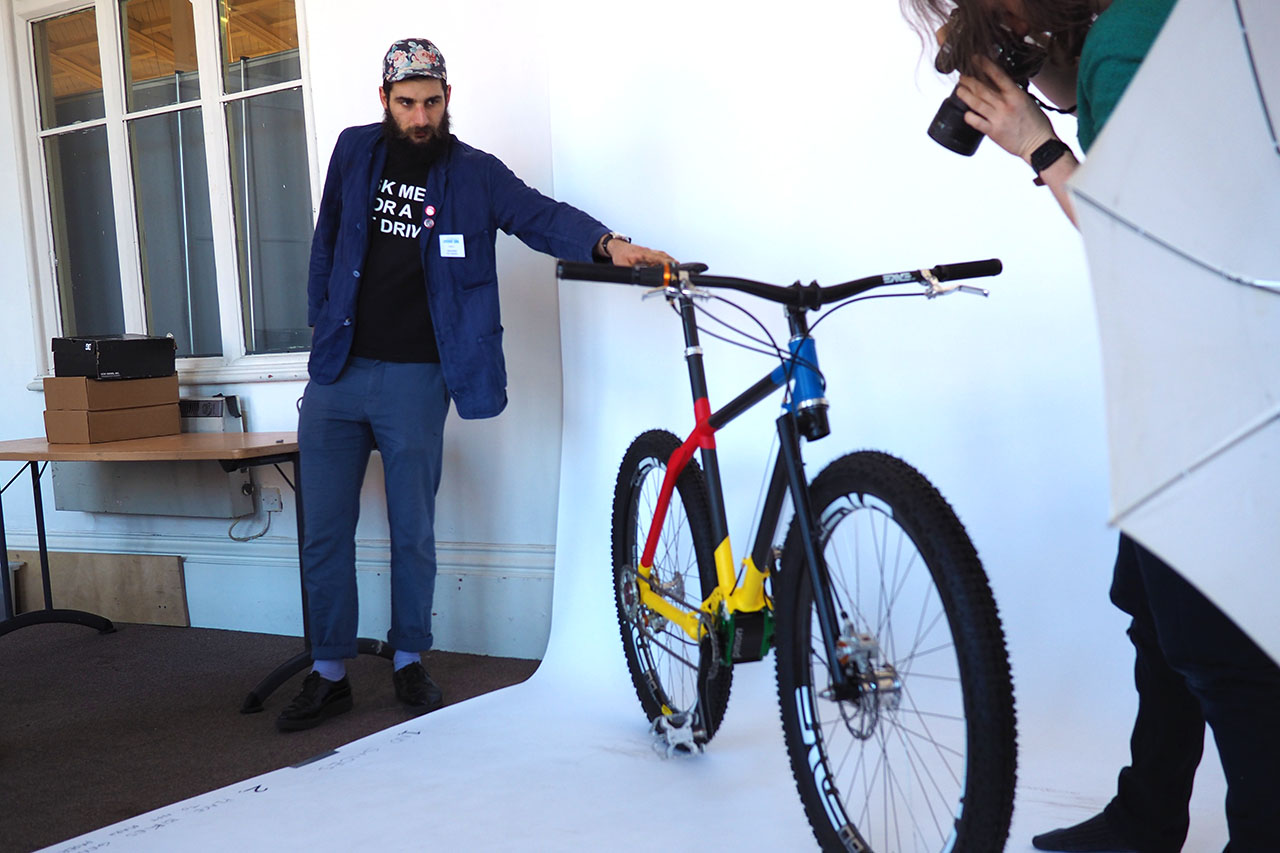 Being a tweaker in the hi-tech world is almost a necessity for peer respect in the current era. In the bicycle world it's a different story, where according to the patents office, much of that energy dissipated a hundred years ago. Petor Georgallou is taking a risk. His aim is to redefine cycling as fun. For him it's not all about utility, although his bikes work and they serve a purpose, but rather it's about getting in touch with that part of ourselves which enjoys a really good time.