1988 Giro d'Italia winner Andy Hampsten showed up at this year's Eroica California on the same bike he won the Giro with. 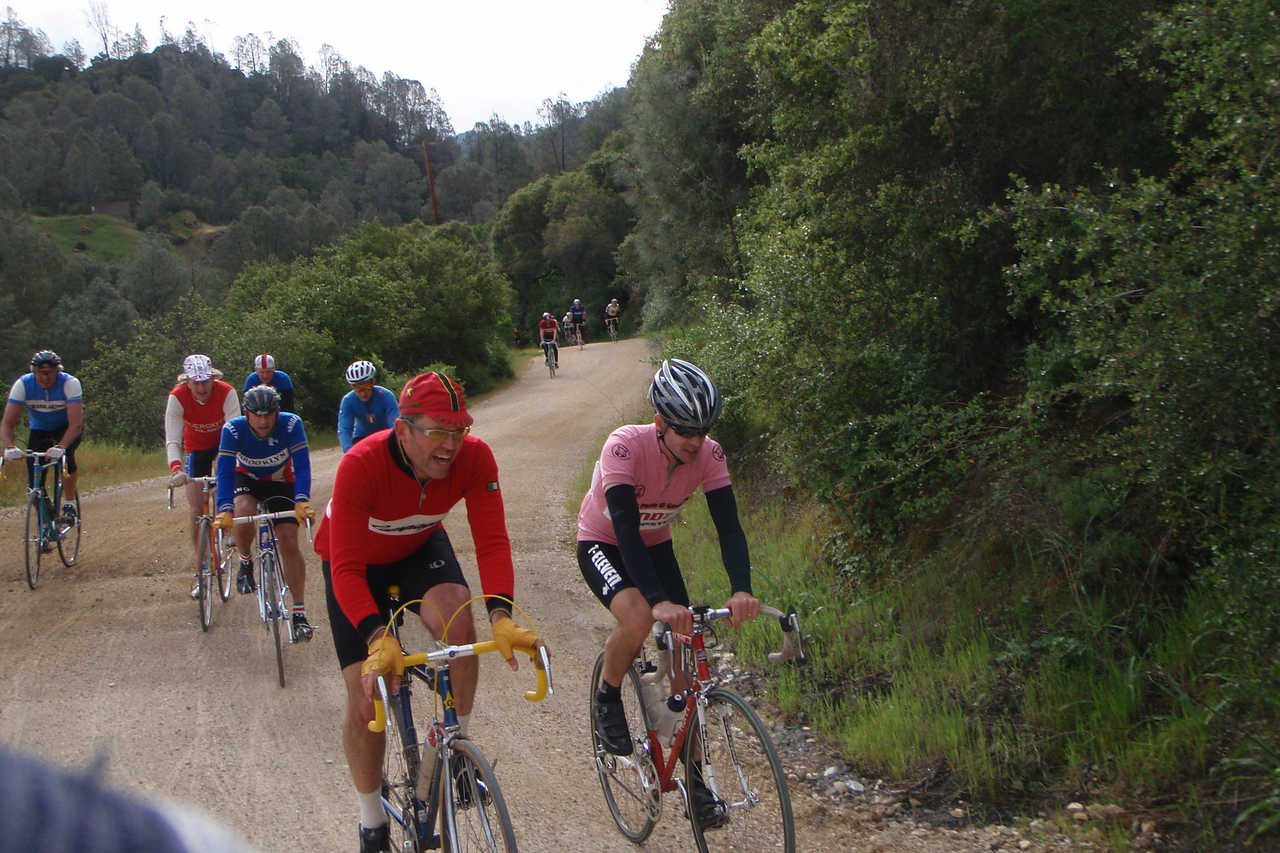 Like most of his contemporaries, Andy Hampsten used a steel-framed bicycle as an abettor for most of his major wins, becoming the only U.S. cyclist to have won the Giro d’Italia.

In terms of major stage race results he was second only to his contemporary, Greg LeMond, in top placings for a U.S. rider during the late 1980s. Hampsten’s palmares also include a stage victory at the prestigious Alpe D’Huez finish in the 1992 Tour de France, fourth in G.C. twice at the Tour (1986 and 1992), and he won the Tour of Switzerland in 1986 and 1987.

For the 1988 Giro, Hampsten rode a steel frameset built by John Slawta of Landshark Bicycles, and painted in his 7-Eleven team colors and with the decals of bicycle sponsor Huffy. This was a common practice in those days, when a bicycle’s identity could be easily disguised, unlike today when proprietary designs and proprietary carbon molds betray a bicycle’s ultimate origins very easily.

Perhaps due to the warm welcome that the tifosi gave to their foreign victor in 1988, after his retirement in 1996 Hampsten settled in Tuscany, where he runs his Cinghiale Cycling Tours business and bottles olive oil from crops grown and harvested on his property. He also maintains a home in Boulder, Colo., and helps his Seattle-based brother Steve with their common venture in custom-built bicycles, Hampsten Cycles. Recently, during one of his frequent trips to the States, Hampsten took part in the vintage-themed Eroica California on his 1988 Giro-winning Landshark/Huffy, and he gave us some background on the bike and its characteristics. 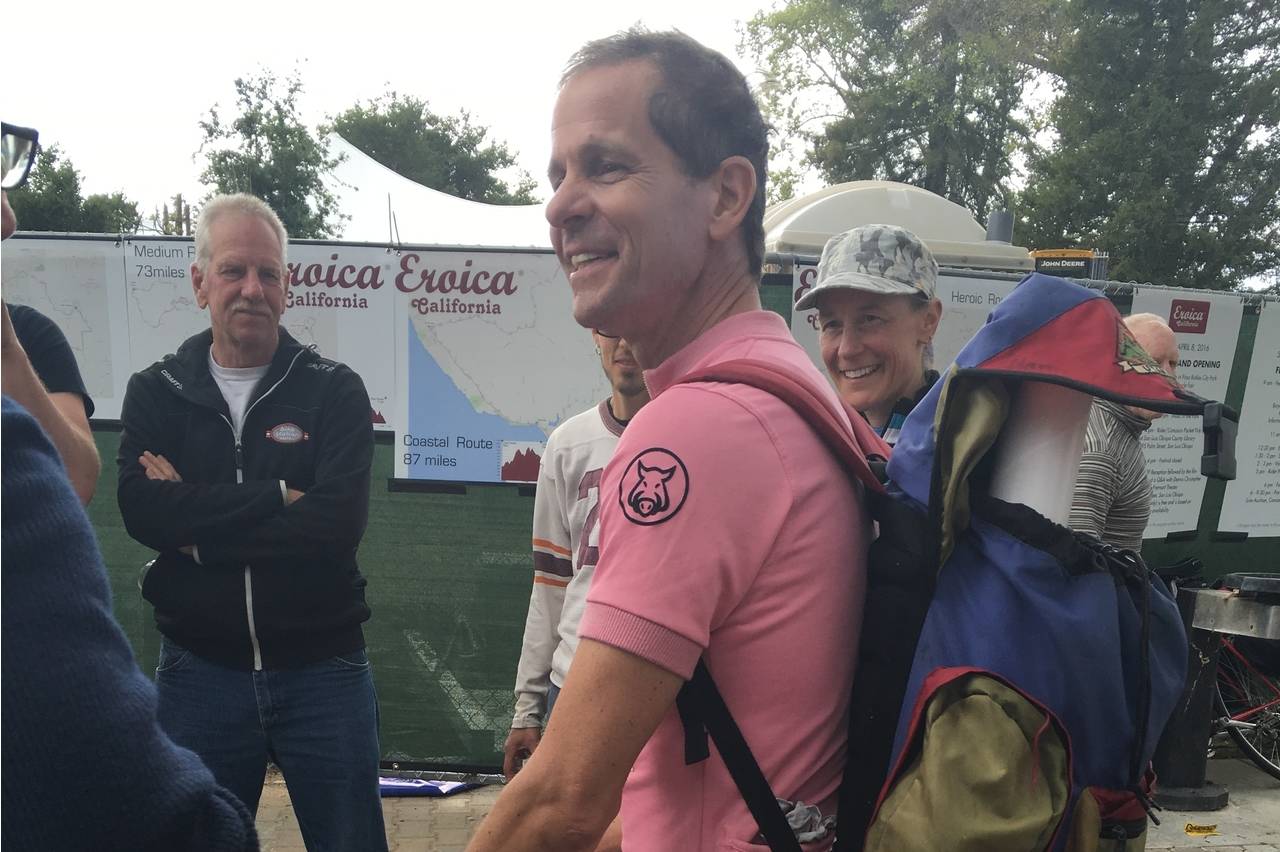 “I needed a light and trusty bike for the 1988 Giro, so I went to John Slawta at Landshark, who built bikes for the Levi’s team that I was on in the early 1980s,” said Hampsten. “I used this bike for the Giro that year, and had another one made by Landshark for the Tour. I used both bikes and another one from the team supplier for the remainder of the year. I managed to buy one of the other bikes and keep my two custom bikes from ’88.” 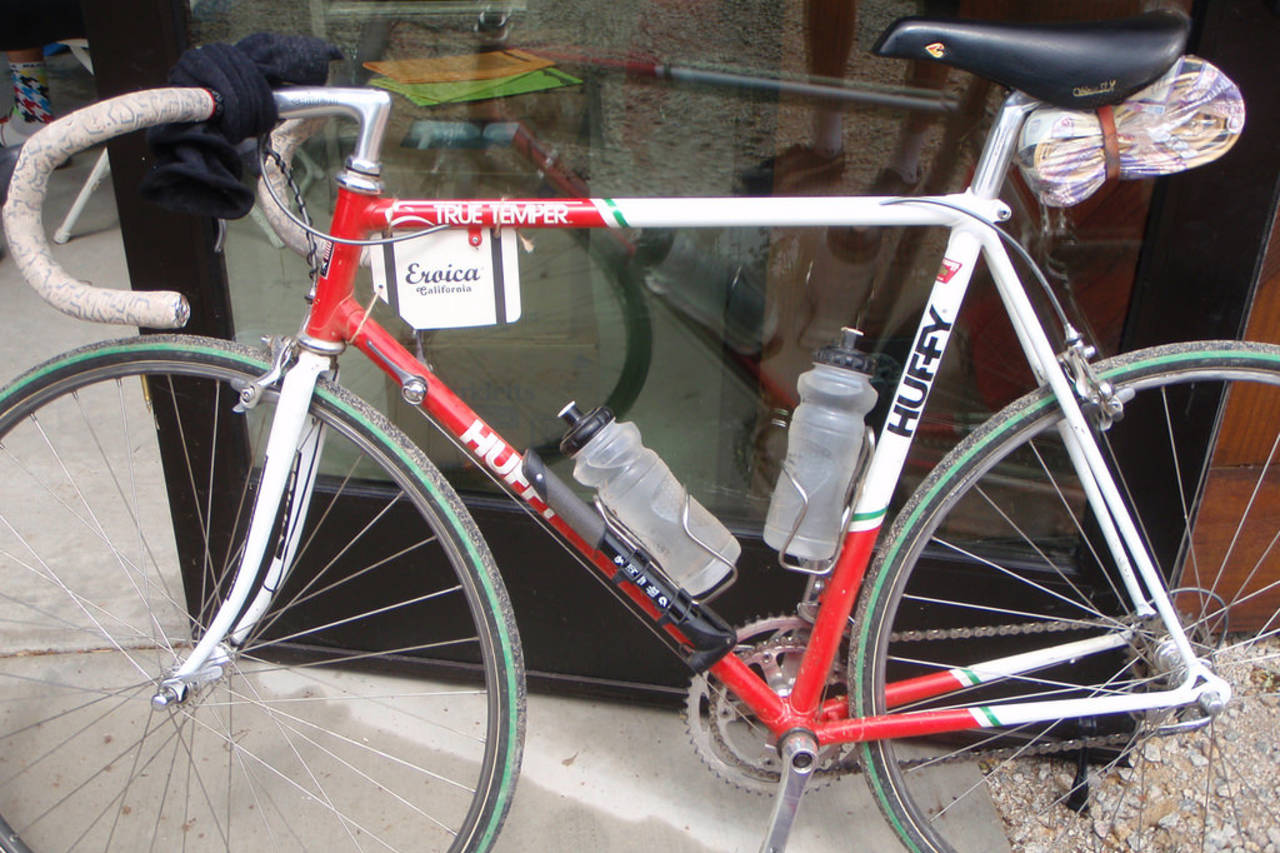 So this bike embodies the characteristics that pro riders have always sought: strength and durability without too much weight. The professional circuit is no place for experimental designs or ultra lightweight gadgets, and this bike wasn’t built specifically for the 1988 Giro either. As Hampsten points out, that year’s route offered a little bit of everything, including an uphill time trial, and a rather more unexpected journey over a snow-covered Gavia Pass. The bike’s predictability was what made it such a superb vehicle for the Giro’s varied exploits.

“The bike has mostly Tange tubing, light but strong and stable. That was what I was really after. The roads in the Giro tend to be very good when we race in the south: we would often have a ribbon of new pavement to ride on. But some of the finishes in cities would have cobbles or holes in the streets. It is light enough that for the uphill time trial all it needed was a pair of light wheels. The Duran Pass had a long gravel stretch and a fast, narrow descent. The Gavia was a nice one lane dirt climb with wet snow on the top 10 kilometers. The bike handled all of those difficulties on its own,” said Hampsten.

High praise for the bike from the American campione, but strong legs, a large dose of courage, and steely resolve likely played an even greater part in Hampsten’s survival on the Gavia, and his ultimate victory in Milan.